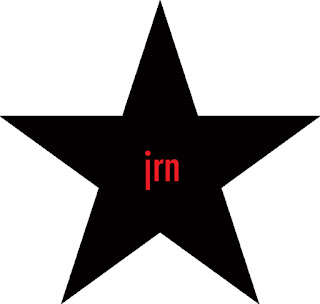 Tokai University Wins First-Ever Hakone Ekiden Title - Jan. 2-3
After Toyo University held off four-time defending champion Aoyama Gakuin Unviersity to lead the Hakone Ekiden at the end of its first day, Tokai University came on strong on Day Two to overtake Toyo and keep AGU at bay for its first-ever win at Japan's most prestigious race.

Nakamura and Maeda Win Japanese 2020 Olympic Marathon Trials - Sept. 15
Abandoning its black box multi-race national team selection process in favor of a clear-cut one-race trials format, Japan saw a thrilling men's race where Shogo Nakamura closed in what may have been the fastest-ever Japanese split after 40 km to win over 2018 Fukuoka champ Yuma Hattori and national record holder Suguru Osako. 2017 Hokkaido winner Honami Maeda threw it down early and ground the rest of the field into the pavement to win the women's race over favorite Ayuko Suzuki and Maeda's teammate Rei Ohara. Preview 1. Preview 2.

Running the 2020 Tokyo Olympics Marathon Course Part One - Women's Marathon Test Run - Aug. 2
For the second year in a row, JRN ran the Tokyo Olympics marathon course at exactly the time the event will take place in 2020, taking temperature and humidity readings every half hour along the way. Part Two featured 2018 European marathon champion Koen Naert of Belgium, with Part Three happening at the time of the men's marathon.

61-Year-Old Mariko Yugeta Becomes First 60+ Woman to Go Sub-Three - Nov. 27
At the Nov. 3 Shimonoseki Kaikyo Marathon, 61-year-old Mariko Yugeta because the first woman 60 or older to ever break 3 hours for the marathon. Two weeks later in Bangkok she ran the 100th marathon of her career. A week after that she negative split a PB 2:56:54 in Saitama to better her Shimoseki time by over 2 minutes.

Sado Over Ohara at Osaka Women's Marathon, Fukushi DNF After Bad Fall, Iwade and Tanihara Take the Half - Jan. 27
With places at Japan's new MGC Race 2020 Olympic marathon trials on the line, Ethiopian Fatuma Sado took the top spot at the Osaka International Women's Marathon. Rio Olympian Kayoko Fukushi fell early in the race and tried to keep going, but ultimately she dropped out and regrouped to try again in Nagoya. Preview.

Beppu-Oita Marathon to Review Staff Training After Interpreter Refers to African Athletes as "Chimpanzees" - Feb. 15
A local woman working as an interpreter at the Beppu-Oita Marathon caused an outcry when she referred to invited elite African athletes at the race as "chimpanzees" and "primitive people" on a public blog. The race promised to improve its staff training.

Legese and Aga on Top, El Abbassi and Osako on the Sidelines at 2019 Tokyo Marathon - Mar. 3
Already qualified for the MGC Race Olympic marathon trials, national record holder Suguru Osako, Shogo Nakamura and Yuki Sato went through halfway in 1:02:04 at the Tokyo Marathon before the cold rain got to them. Ethiopians Birhanu Legese and Ruti Aga won the men's and women's race overall. Preview 1. Preview 2.

Shitara Rocks Fastest-Ever Marathon in Australia Two Months Out From Olympic Trials - July 7
Despite saying he was there for a training run, former national record holder Yuta Shitara went head-to-head with fellow twin Zane Robertson of New Zealand for the win at the Gold Coast Marathon, pulling away in the final kilometers to win in an Australian all-comers record 2:07:50. Rodah Tanui (Kenya) won the women's race in 2:27:56, while a large number of Japanese men tuning up for the MGC Race 2020 Olympic marathon trials took on the half marathon. Preview.