Best-Ever Half Marathon on Australian Soil? Good Races Lined Up at Gold Coast Marathon and Half 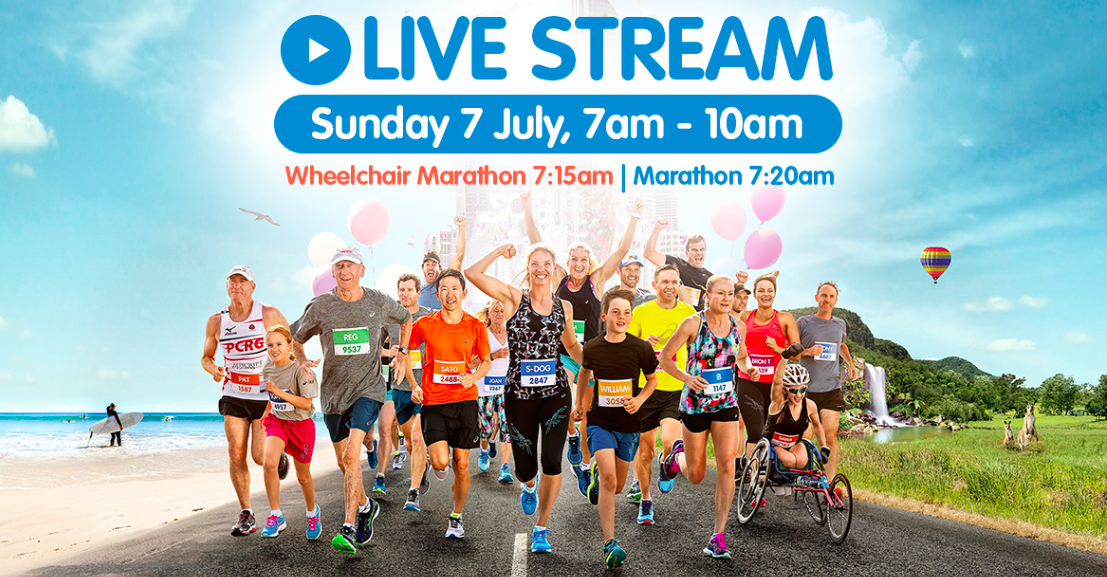 The second half of the worldwide marathon season kicks off Sunday at Australia's Gold Coast Marathon, and with what looks like may be the deepest-ever men's half marathon on Australian soil lined up to start an hour before the marathon it's going to be an exciting day.

Last year's winner Jack Rayner leads the way off a 1:01:01 PB in Cardiff last year, but just behind him are a slew of Japanese men, some on the Gold Coast thanks to good performances at February's National Corporate Half Marathon Championships and others as a tuneup for September's MGC Race 2020 Olympic marathon trials. On paper Rayner's strongest competition is MGC qualifier Taku Fujimoto (Toyota) with a 1:01:31 best, but Fujimoto told JRN that he is still recovering from a stress fracture he sustained early in the year and is only using the race as a training run ahead of the MGC Race. Likewise for 2018 Fukuoka International Marathon winner Yuma Hattori (Toyota), who underwent internal surgery this spring. Their Toyota teammates Minato Oishi and Tsubasa Hayakawa, 1:01:33 and 1:01:34, will probably be the ones to present a challenge to Rayner if anyone can. Running with support from JRN, 2019 Hakone Ekiden anchor stage winner Gaku Hoshi (Teikyo Univ.) is the top-ranked university man in the field with the 9th-fastest PB at 1:02:20 and hopes to place higher. More on the men's half marathon field here.

Last year's women's winner in the half Sara Hall (U.S.A.) is also back but has a hard road ahead of her via three Australian women with better times, Sinead Diver, Lisa Weigthman, and Ellie Pashley. MGC Race-bound Japanese women have opted for this weekend's Hakodate Half Marathon as their tuneup of choice, but from the National Corporate Half Yukari Wada (Sekisui Kagaku), Wakana Itsuki (Kyudenko) and Misaki Nishida (Edion) are ranked 5th through 7th in the field. More on that field here.

For the last three years Kenneth Mungara (Kenya) has executed almost exactly the same kind of race, the only variation being a rotating cast of Japanese foils. Three years ago  he waited until the last 250 m to outkick past winner Yuki Kawauchi. Two years ago he tried to do exactly the same thing to Takuya Noguchi but underestimated Noguchi's closing speed and found himself on the losing end of the last sprint. Not taking any chances, last year he went for a long surge from a kilometer out to put away Kenta Murayama for the win. He's over 40 and can't keep doing that forever, but if he somehow outlasts fellow Kenyans Ezekiel Chebii and Philip Sanga, both with 2:06:07 bests, this time he'll have to beat Japanese half marathon national record holder and all-time #2 in the marathon Yuta Shitara (Honda).

Since running his then-national record 2:06:11 in Tokyo last year Shitara had some injury setbacks, but so far this year he's been on more than off, running the second-best 5000 m time of his career, the only sub-28 10000 m by a Japanese man so far this year, and a 1:01:36 half marathon. Looks good, but with the MGC Race just over two months away it's not clear why he's running Gold Coast or what the goal might be. Shitara hasn't run a marathon this year so he hasn't cleared the 2:11:30 Olympic standard or finished in the top 5 in a gold label race, and may have looked at GCM as a chance to get there ahead of the trials. But the announcement earlier this week that the IAAF has agreed to recognize the top 5 finishers at the MGC Race as having met the standard removes the need for him to run. So why? Asked his opinion, one of the dozen-plus Japanese coaches on the Gold Coast for the race shook his head and said, "Nobody knows. He's from outer space."

And. With Shitara in the race it's going to be all the more interesting thanks to the presence of 2015 Marugame Half Marathon winner Zane Robertson (New Zealand), twin brother of Kiwi national record holder Jake Robertson. Zane will be trying to finish a marathon for the first time but looking for much more. "Everything's been on," he told JRN. "I feel like I did before Marugame. I'm ready to do something special." Shitara is also a twin, making one of the sub-plots of the race the battle for pride between one half of the world's best two sets of distance running twins.

The great Bernard Lagat (U.S.A.) will also be taking another stab at the marathon. Sounding positive about his preparations, he told JRN, "I want to run a controlled first half around 1:05:30. I definitely won't go with the first group if they go out in 64. If all goes well I think I can hit the Olympic standard." One potential dark horse to watch out for is Dejen Gebreselassie (Australia), making his debut off a 1:02:39 half marathon best behind Rayner in Cardiff last year. Complete elite men's field listing here.

Runner-up two years ago, Mercy Kibarus returns to lead a quartet of potential Kenyan winners along with Rodah Jepkorir, Truphena Chepchirchir and Alice Kibor. Nobody else looks capable of contending with them unless the race goes slower than planned, certainly a possibility given the extremely windy conditions on the Gold Coast in the days leading into the race. Milly Clark is the best Australian in the field with a 2:29:07 from four years back in Amsterdam, but at that level she'd be competing with the second-tier of Africans including Nazret Weldu (Eritrea) and Hirut Alemayehu (Ethiopia). Japanese women have a long history of doing well at the Gold Coast Marathon, but it's unlikely either of the two best in the field this year, Yomogi Akasaka (Starts) and Nami Hashimoto (Mitsui Sumitomo Kaijo), could contend for much more than cracking the top five with a big step up in quality. Read more on the elite women's marathon field here.

The Gold Coast Marathon will be broadcast live and streamed online via the link above. For the sixth year, JRN's Brett Larner will be joining hosts Steve Moneghetti and David Robinson and other costs to provide commentary on the race and Japanese field.