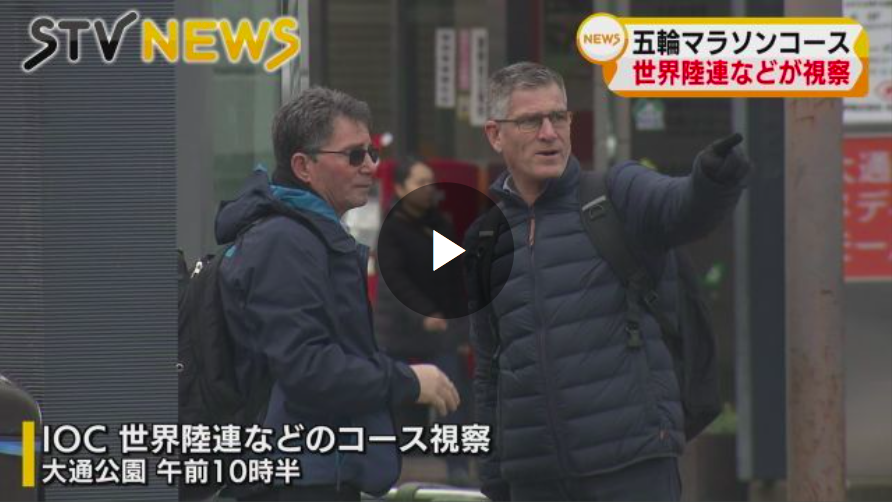 IOC and World Athletics officials are in Sapporo to see the potential course for next summer's Tokyo Olympics marathon. On the morning of Dec. 14, a group of around 20 officials from both groups and members of the Olympic Games Organizing Committee visited Odori Park, the designated start and finish point for the marathon. The first 20 km of the course have been set, but the remaining section has yet to be determined. The Organizing Committee wants to use the same 20 km loop for the second half of the race, but World Athletics insists upon using three laps of a 7 km loop.

The visiting officials will tour the course by bus until 4:00 p.m., hopefully using the experience to finalize the rest of the course at some point in the near future. Organizing Committee executive Yoshiro Mori commented, "All three groups are thinking in terms of wrapping it up next week."