An Endless Heat Wave - Will the Olympics Really Be OK? 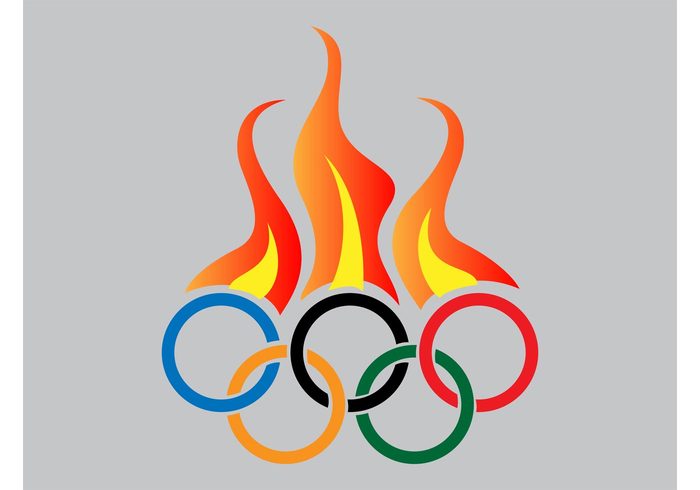 It's no exaggeration to say that the endless string of record-breaking hot days hitting Japan has reached disaster proportions. In the last week 65 people died and 22,647 were taken to the hospital with symptoms of heat stroke. Amid these record-breaking conditions it's now two years to the day to the opening of the 2020 Tokyo Olympic Games, and the competition schedule has been officially announced. The Internet is overflowing with voices asking, "Is it really OK to hold the Olympics in the middle of a season like this?"

The Tokyo Olympics Organizing Committee has announced the competition schedule for the Games, to take place from July 24 to August 9 two years from now. One noticeable feature is that "due to the harsh summer heat of Tokyo," some outdoor events will start earlier than originally planned. For example, the marathons have been bumped up from a 7:30 a.m. start to 7:00 a.m., the men's 50 km racewalk from 7:00 a.m. to 6:00 a.m., and the triathlon from 10:00 a.m. to 8:00 a.m. But that hasn't silenced the social media critics.

"If people are dying in this heat just going about their daily lives, is Tokyo really going to hold the Olympics in the middle of the summer in 2020?"

"Don't you think they need to change the schedule? Athletes are going to be collapsing left and right."

"Hospital emergency rooms are going to be overloaded with spectators and volunteers being brought in for heat stroke."

"If they really want to host the summer Olympics in Tokyo no matter what then they should rename Hokkaido 'Tokyo' and do it there."

The international media are covering these concerns in detail. In January the leading British newspaper "The Times" carried a report stating, "Researchers have pointed out that athletes and spectators will be at risk of dying from heat stroke." On July 18 Reuters reported, "With the Tokyo Olympics just two years away, a fierce heat wave across Japan has sparked fears of similar abnormal weather during the Games."

What will the situation be at the venues during the period in which the competitions will take place? As part of their plans for measures to deal with the heat at the Olympics, the Ministry of the Environment took temperature and humidity readings at 14 locations around the main venues. Based on the results of this survey it established a "Heat Stroke Prevention Information Site" in which the results are summarized in the form of a "Heat Index."

Although the units of the Heat Index are listed as ℃ the same as for temperature, their meaning is not simply temperature but rather a level of warning. The 28~31℃ level is described as "Extreme Vigilance," meaning, "There is a risk of heat stroke in normal day to day activities. Strenuous exercise should not be undertaken." A ranking of 31℃ and above is categorized as "Dangerous," with the description, "In principle, no exercise should be undertaken."

Looking at the situation through that lens, it is clear that the conditions at and around main outdoor venues at the time of competition will be at the level at which "There is a risk of heat stroke in normal day to day activities," and in some cases will rise to the level of "No exercise should be undertaken." Needless to say this raises concerns for athletes' well-being, but the data also bring up concerns about the impact upon spectators.

Professor Makoto Yokohari of the University of Tokyo Graduate School of Engineering analyzed the potential impact of the likely conditions along the actual Olympic marathon course upon athletes and spectators. Regarding the shift to earlier start times he commented, "With such harsh conditions it's natural that the start time should be moved earlier. Everything possible must be done to counteract the heat." He also stressed, "We must not forget to take the spectators into account. If the spectators along the course are even just on the scale of the Tokyo Marathon, around 1 million people, and 0.1% of them suffer heat stroke, you will be dealing with 1000 people. Just trying to transport that many people for medical treatment creates dangers."

The Organizing Committee and the national and Tokyo metropolitan governments claim to be taking the issue of hot conditions during the Games seriously and are planning various countermeasures. For example, at the new Olympic Stadium where construction is well underway, the structure is designed to efficiently convey the flow wind, and fans will be installed in the stands to help increase airflow.

Regarding these measures, Professor Yokohari pushed for the measures to go even further, commenting, "If the official position is that, 'The venue, time and marathon course cannot be changed,' then the most effective solution is more shade."

That means taking full advantage of the urban landscape of Tokyo to maximize the shade coverage provided by tall buildings. "The marathon will be held in the morning, so the sunlight will be coming from the east," explained the professor. "Wouldn't it be beneficial to have the runners led on the course in a way that keeps them in the shade as much as possible? For example, on a section of the course running from south to north, having the runners in the righthand lane would take greater advantage of the existing shade."

Professor Yokohari also pointed out that drastic measures will be necessary in places without existing shade. "I think it may be necessary to ban spectators from entering areas without ambient shade such as the Imperial Palace grounds," he commented. He further noted that it will be necessary to take steps on behalf of local residents going about their regular lives alongside the Olympic spectators. During the Olympics the congestion of the morning commute is bound to intensify, resulting in an increase in wait times at stations and bus stops and a corresponding elevation in the risk of heat stroke.

"We need to ask for the cooperation of stores, offices and other businesses with air conditioning, near and far from venues alike, in temporarily accommodating spectators and passersby who may be close to suffering from heat stroke and in providing them with cold towels and other remedies," the professor said.

More people than ever have recently experienced the increasingly abnormal Japanese summer heat, especially in the megalopolis of Tokyo. Why is it so seemingly essential to hold the Olympic Games during that kind of season? The people of Tokyo deserve a simple and easy to understand explanation if they are to be expected to support the Games.

Andrew Armiger said…
Or suppose one of the increasingly frequent typhoons hits during the games, leading to flooding and transportation shut-down. Regardless, systems seem likely to be overwhelmed even if organizers plan significantly better than the Commonwealth Games people did for their near-disaster hot marathons.
July 24, 2018 at 7:16 PM