Minister of Education, Culture, Sports, Science and Technology Favorable Toward Survival of Track at Olympic Stadium 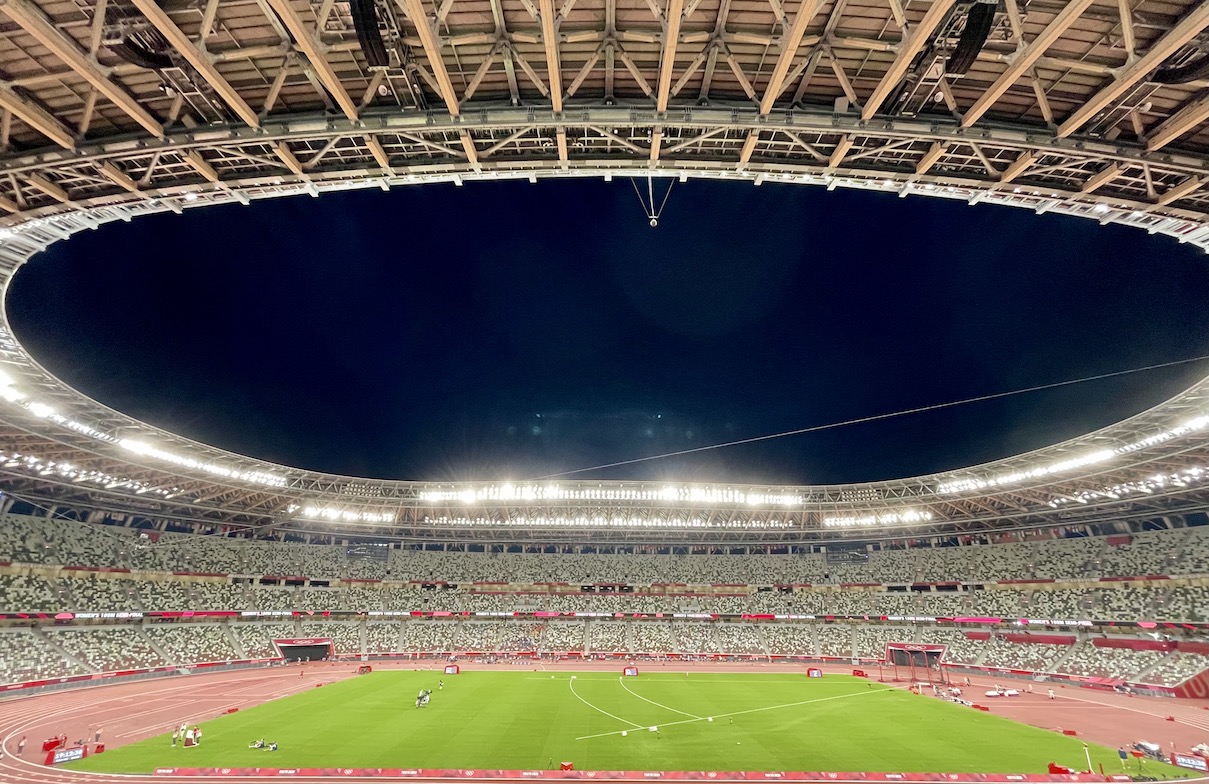 Speaking on Sept. 7 regarding the future uses of the New National Stadium built for the Tokyo Olympic and Paralympic Games, Minister of Education, Culture, Sports, Science and Technology Koichi Hagiuda indicated he is favorable toward the survival of the stadium's athletics track. In comments following a Cabinet meeting, Hagiuda said, "I think maintaining and using it in its current form as part of the Games' legacy would gain the most approval from the general public. We need to immediately discuss the question of whether a massive amount of money should be spent to convert the stadium to be used exclusively for ball sports."
In 2017 the government had made the decision to remove the track following the Olympics and Paralympics and to dedicate the stadium to ball sports, but it now appears more likely that the stadium will continue to have dual use for both athletics and ball sports. Hagiuda had previously expressed support for the idea, saying last October, "One option is to leave the stadium as a facility that can be used for athletics in the future."
Translator's note: This is a separate issue from the future of the warmup track outside the stadium, built as a temporary facility but necessary for the stadium track to be used for any future major competitions and in-demand by the city's large running population who are currently locked out of the only public-use track facility in central Tokyo, Shibuya's Oda Field, through at least next March.
source article:
https://news.yahoo.co.jp/articles/11c36c64f819623954ad0addb5e5a8bf4b9fba6d
translated by Brett Larner