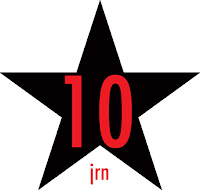 In 2017 Japan Running News celebrated its 10th anniversary. From the Hakone Ekiden to the London World Championships to the Hofu Yomiuri Marathon, looking back over the year here are its top ten stories as determined by JRN readers.

1. Last-Place Finisher Named Winner After Entire Rest of Field Disqualified - Feb. 15
At a children's road race in Okayama runners were misdirected on the course and ran a shorter distance. Followed by a sweeper, only the last-place runner ran the correct 3.0 km course, and when the other 262 participants were disqualified the last-placer was named the winner.

2. Hawkins and Kirwa Win Marugame Half, Takeshita Over Muiru in Kanagawa - Feb. 5
Less than a week after his breakthrough 1:00:24 was annulled due to a short course, Scotland's Callum Hawkins won Marugame in a new national record of 1:00:00, while Rio Olympics silver medalist Eunice Kirwa (Bahrain) made it two Marugame titles in a row. Men's preview and women's preview. At the Kanagawa Half Kazuki Takeshita (Toyo Univ.) became the first man to break 63 there with a 1:02:41 course record win.

3. Real Talk From Kawauchi on "Taking on the World" - Mar. 28
Yuki Kawauchi (Saitama Pref. Gov't) wrote a three-part editorial for one of Japan's major sports sites, talking in detail about his run at the 2016 Fukuoka International Marathon, his plans for the 2017 London World Championships, and his hopes and expectations for the future.
Part One - The Miracle in Fukuoka
Part Two - Bringing All My Experience Into Play in London
Part Three - The Lessons of the Past Are Not Outdated

4. History Comes Calling - Kipsang and Chepchichir Run Japanese Soil Records at Tokyo Marathon - Feb. 26
On a new and improved course Kenyans Wilson Kipsang and Sarah Chepchirchir each took over a minute off the records for the fastest marathons ever run in Japan, winning the Tokyo Marathon in 2:03:58 and 2:19:47. Yuta Shitara (Honda) had one of the most memorable debuts in Japanese history, going through halfway in 1:01:55 en route to a 2:09:27. 19-year-old Ayaka Fujimoto (Kyocera) ran 2:27:08 for 4th in the women's race, the fastest-ever by a Japanese teenager. Preview

8. Aoyama Gakuin University Wins Third-Straight Hakone Ekiden to Complete Triple Crown - Jan. 3
Aoyama Gakuin University became the fourth school in history to win the Izumo Ekiden, National University Ekiden and Hakone Ekiden in a single season, the sixth to win Japan's biggest race three years in a row, and the first ever to do both. For the first time Hakone featured four African-born runners, but none of the teams that fielded them made the top ten. Kanto Alliance anchor Akito Terui ran the fastest time on his stage but was not named the stage winner due to a bizarre rule.  Preview.

9. Kawauchi Breaks Mekonnen's Sub-2:12 World Record - July 5
At July's Gold Coast Airport Marathon, high-volume marathoner Yuki Kawauchi (Saitama Pref. Gov't) ran his 23rd career sub-2:12 marathon, more than any other runner in world history. By the end of the year he had increased that to 25.

10. The MGC 6 - Inside the 2020 Tokyo Olympic Marathon Trials - Dec. 20
This year the JAAF announced a new selection procedure for the 2020 Tokyo Olympics marathon teams, with a long series of races giving athletes the chance to make the MGC Race, a new Olympic Trials event with tough entry standards. JRN broke down the new system and explained its ins and outs.