The 100th anniversary year of the ekiden as a race format wraps up Saturday at the Mount Fuji Women's Ekiden, the season-ending national championships for university women. Run on a scenic but tough course in the foothills of Mt. Fuji, it has been dominated for the last four years by ten-time national champion Ritsumeikan University. Last year Ritsumeikan was beaten by Matsuyama University at October's Morinomiyako Ekiden but returned to win a fourth-straight national title. This year it fell to 3rd at Morinomiyako, with last year's Mount Fuji runner-up Meijo University and #1 Kanto Region program Daito Bunka University taking the top two spots. All four schools will square off again at Mount Fuji this year, with Morinomiyako 4th-placer Osaka Gakuin University and Nikko Irohazaka Women's Ekiden winner Osaka Geijutsu University in the mix. The Mount Fuji Women's Ekiden will be broadcast live on Fuji TV starting at 10:00 a.m. local time on Dec. 30.

The ekiden's second century wastes no time kicking off bright and early Jan. 1 with the New Year Ekiden corporate men's national championships. Last time Asahi Kasei scored a rare win by an all-Japanese team, one of only 7 in the field of 37 not to field an African runner on the so-called international stage. After the race it promptly brought in two Kenyans to bolster a roster that already included five men with 10000 m bests under 28 minutes, but that didn't stop it from getting beaten by regional rival MHPS at November's Kyushu Corporate Ekiden. 2nd at the New Year Ekiden last year, Toyota comes in hot off a course record win at the Chubu/Hokuriku Corporate Ekiden. SGH Group and Mazda won the Kansai and Chugoku Corporate Ekidens to lead their regions, but the toughest competition for an Asahi Kasei repeat looks to be East Japan Corporate Ekiden winner Honda.

Honda took the title in Japan's most competitive region without running newly crowned half marathon national record holder Yuta Shitara. As the course record holder on the New Year Ekiden's longest stage, Shitara's addition to the winning East Japan lineup could make for a team capable of scoring Honda's first-ever national title. TBS will broadcast the race starting live at 8:30 a.m. local time on Jan. 1, with a free webcast scheduled to start at 8:50 a.m. 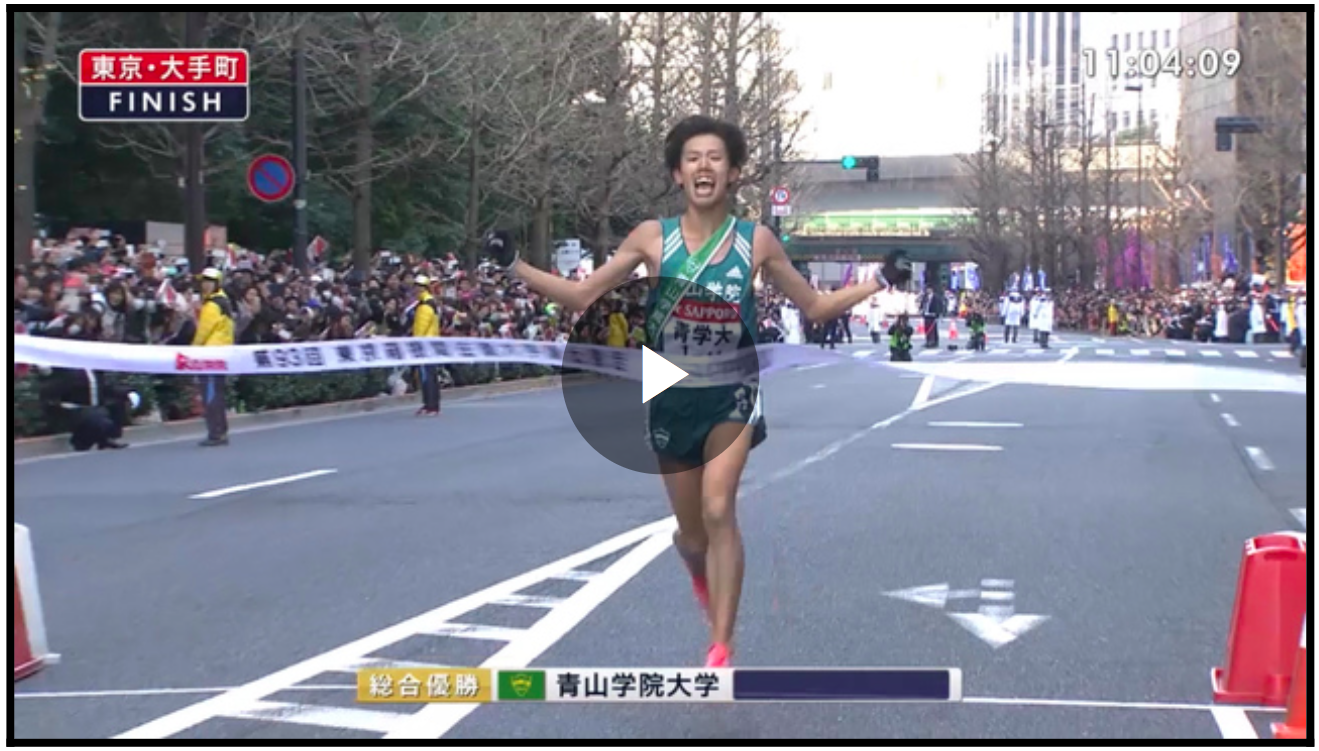 The peak of the year comes Jan. 2 and 3 with Japan's biggest sporting and television event, the 94th running of the legendary Hakone Ekiden university men's championships. JRN has already published a detailed Hakone preview, but in summary this could be the year that sees the end of three-time winner Aoyama Gakuin University's stranglehold on the top spot. Last year AGU became the first school in history to both win Hakone three years in a row and win the Big Three, October's Izumo Ekiden, November's National University Championships, and Hakone, in a single season. This year it has struggled to live up to past success, finishing 2nd at Izumo and 3rd at Nationals.

Tokai University beat AGU at both races, and coming in to Hakone Tokai looks like the heavy favorite. Based on the average 5000 m, 10000 m, and half marathon bests of its entry list members, Tokai's lineup for Hakone is better than AGU's was last year, while AGU's has fallen off, especially over the half marathon distance crucial to Hakone success. Perpetual top three finisher Komazawa University is close behind AGU on half marathon credentials, featuring 2017 World University Games gold and silver medalists Kei Katanishi and Naoki Kudo on its roster. If AGU falters at all Komazawa should be there to pick up 2nd.

The surprise winner at Nationals, Kanagawa University lacks the half marathon credentials of any of the top three favorites and will need another big jump in quality to factor in. Last year's 2nd and 3rd placers Toyo University and Waseda University are down on strength, Toyo in particular lacking all but one of its seniors, and will be competing to finish on the ten-deep podium and secure themselves places at Hakone's 95th running in 2019.

NTV will deliver the best sports broadcast in the business live nationwide on Jan. 2 and 3 from 7:00 a.m. to just past 2:00 p.m. local time both days. There's no official webcast, but sites like these or this may make it possible to watch Hakone live overseas. JRN will live tweet all the above races @JRNLive. Join us in celebrating the second century of the most-watched road races in the world.