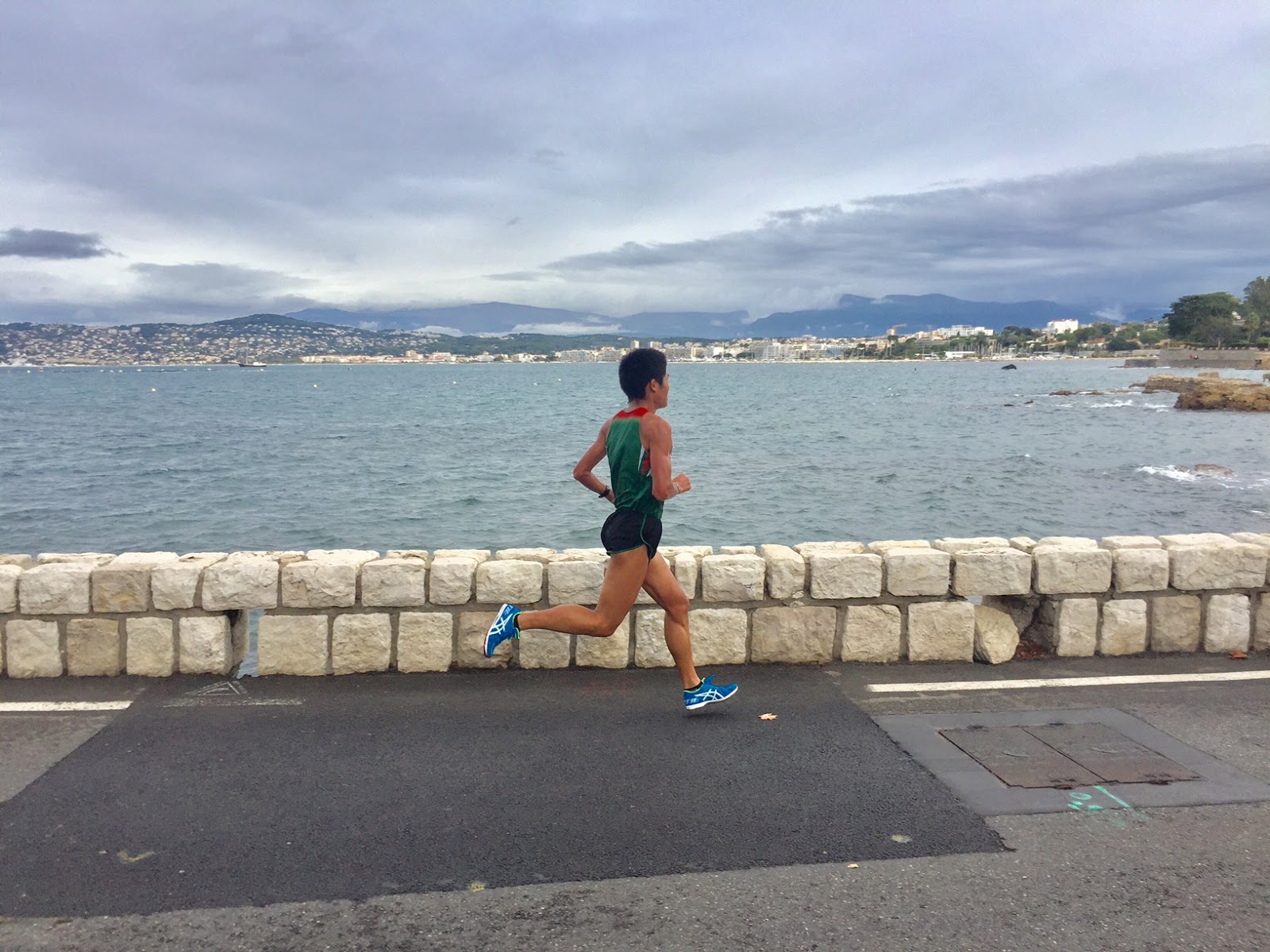 Returning to its regular starting point on the Promenade des Anglais this year for its tenth anniversary running, France's Marathon des Alpes-Maritimes Nice-Cannes experienced wild winds and rain for much of the race. Running in France for the first time, Yuki Kawauchi (Saitama Pref. Gov't) hoped to become the first non-African winner in event history. Staying in the middle of a lead pack of five Kenyans and two Ethiopians, Kawauchi and the rest of the group were just off the planned sub-2:10 pace through halfway as pacer Cosmas Birech struggled to deal with winds that shifted in every direction. Daniel Yator was the first casualty of the tough conditions. 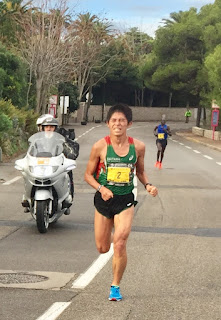 At 22 km the course moved away from the open beachfront, blocking the wind enough for Birech to pick it up to the planned 3:04/km. But as he did Kawauchi found himself unable to respond, and within a kilometer he had dropped ten seconds off the lead sextet. From there it was a struggle for him to hold off Yator, who beat Kawauchi at June's Stockholm Marathon, and to try to get forwardly mobile again. 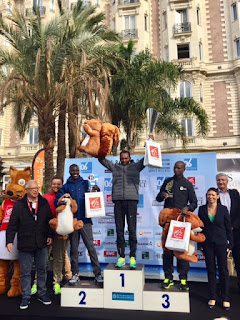 The lead group dropped former Honda runner Asmeraw Mengistu heading into the hills after 25 km and remained a quintet all the way until 39 km. Ethiopian Dejene Kelkilew went to the front for the first time and began to push, and the rest of the group dropped off one by one until Kelkilew was left by himself in the final kilometer to win in 2:12:09. The next three finishers, all Kenyan, came through in 10-15 second intervals, with Emmanuel Sikuku rounding out the top five a ways back in 2:13:52.


Kawauchi lost two minutes to the lead group by 30 km, but from there to the finish the margin didn't change dramatically. With his characteristic strength over the last 2 to 3 km he ran down Megistu to finish 6th in 2:15:02, the 59th sub-2:16 of his career. "I'm not sure what was wrong," he told reporters after the race. "After 10 km my legs weren't moving right and I had to push it to cope with the wind. When it got faster at 22 km I didn't have another gear. It was really a struggle from there all the way to the finish. I came here to win, so it's hard to find any satisfaction in this result." 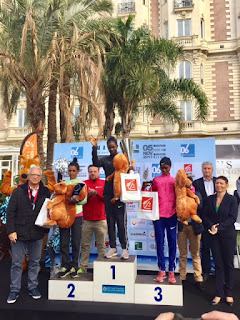 In the women's race, first-timer Tejitu Siyum led compatriots Meseret Gola and Tigist Shetu in an Ethiopian sweep of the podium, winning her debut in a 2:33:21 time solid for the conditions. French women fronted by Aline Camboulives' 2:45:50 filled out the rest of the top ten.