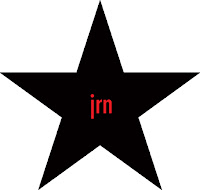 After missing a medal by 3 seconds at August's London World Championships, defending champ Flomena Cheyech Daniel (Kenya) made it two in a row as she won a tight battle against Shitaye Habtegebrel (Bahrain) to win the Saitama International Marathon in 2:28:39.

With the onus on Japanese women Reia Iwada (Dome) and Kaori Yoshida (Team RxL) to break 2:29:00 in order to qualify for Japan's new-format 2020 Olympic trials race, the pair of them did most of the heavy lifting for the first two-thirds of the race. Yoshida led the early kilometers before Iwade took over, and through strong head and tailwinds, over rolling hills and around sharp turns Iwade kept things moving just under target pace, shaking the pack down to just her, Daniel, Habtegebrel and relative unknown Bekelech Daba (Ethiopia) by 15 km.

Little changed up front until after the lead group hit the start of the hilliest 10 km on the course after 25 km. For the first time Iwade slipped to the rear of the pack, and on a long uphill at 29 km she lost contact. Habtegebrel surged at 30 km to open a 10 m lead on Daniel and Daba, but they soon regained contact. Near 35 km Daniel went to the front for the first time, putting Daba out of contention.

From there to the finish it was a battle on an incremental scale, both runners launching brief attacks and alternating the lead, the face of each betraying patches good and bad. Habtegebrel looked the stronger in the last km, but with just over 200 m to go Daniel dropped the kick that gave her the win, opening 3 seconds over her Ethiopian-born rival. Daba hung on for 3rd in 2:30:06.

Further back, Charlotte Purdue (Great Britain), an early casualty of Iwade's aggressive pacing, came back to run her down, passing her at 38 km and opening more than 30 seconds over the last 4 km to take 4th in 2:30:34. Iwade was 7 minutes off her best and over 2 minutes short of the 2:29:00 qualifying standard, taking 5th in 2:31:11. It was a disappointing result for the JAAF, who hoped to have the talented young Iwade's name added to the early list of trials qualifiers. All told the windy conditions made for slower than expected times, 10th-placer Shiori Shimomura (Comody Iida) the only woman in the top 10 to PB at 2:43:51. 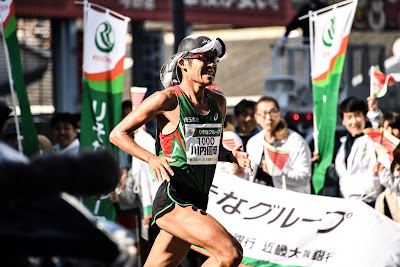 Starting 30 minutes after the elite women, the mass-participation field saw local hero and race ambassador Yuki Kawauchi (Saitama Pref. Gov't) line up a week after running 2:15:02 at the Marathon des Alpes-Maritimes Nice-Cannes in France, just the second time in his career that he has tackled back-to-back marathons. With the 2:18:50 course record well within his sights Kawauchi hoped to run 2:13 to 2:15 and break into the elite women's top ten.

An over-enthusiastic start took him through 5 km on high-2:08 pace, and from there to the finish Kawauchi ran almost every 5 km slower than the one before. Just past 40 km he passed 12th-place woman Yoshida, and with a kick he crossed the finish almost three minutes under the course record in 2:15:54. His 75th marathon, Kawauchi's result was the 60th sub-2:16 of his career and put him just two races away from American Doug Kurtis' sub-2:20 career record, a mark he hopes to tie at next month's Hofu Yomiuri Marathon and break at January's Marshfield New Year's Day Marathon in the U.S.A.

In the general division women's race another serial racing local also took the top spot. Just nine days after winning the Gunma Marathon in a 2:40:59 PB and course record, 24-year-old amateur Tomomi Sawahata (Sawahatters) won the general division in 2:41:30, a time that would have put her 10th in the elite division. With both races having had just three runnings it was Sawahata's third year in a row doing the Gunma-Saitama double, all wins and all but one in low-2:40-range times. A sub-2:40 would put her at the very top of Japan's amateur list and normally a woman that level would run in the JAAF-registered division at races, but Sawahata appears to be steadfast in remaining in the general division in every race that she runs. Chalk her up as another unique individualist out of Saitama prefecture.

*The times run by Daniel and Habtegebrel were later annulled due to the incident on the last corner.