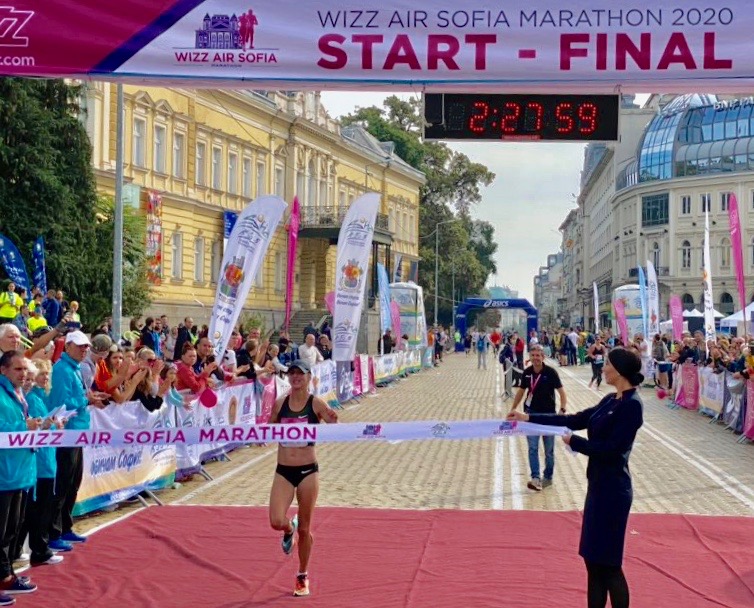 With her plans ruined when last week's Kosice Peace Marathon canceled its elite race and most of its mass-participation race in response to a change in government policies a few days before the race, the Ukraine's Viktoriya Khapilina regrouped and headed to Bulgaria's Wizz Air Sofia Marathon. Controlling the race nearly from start to finish with a few mid-race challenges from Kenyan Naom Jebet, Khapilina went through halfway in 1:14:13 before picking it up to drop Jebet. With a 1:13:44 second half she took the win in a PB of 2:27:57, almost five minutes under the old course record and the fastest women's marathon ever run on Bulgarian soil. 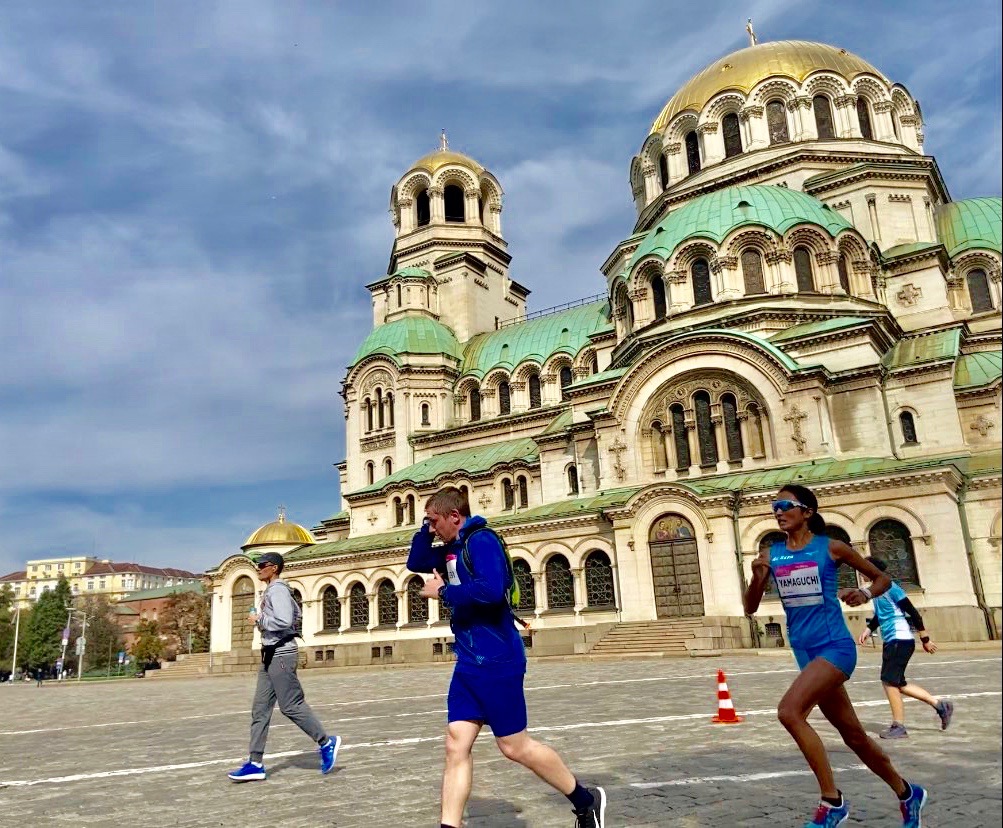 Jebet was 2nd in 2:28:41, with 3rd-placer Cynthia Kosgei of Kenya also under the hold course and all-comers' records in 2:32:10. The first elite Japanese woman to race a marathon outside Japan this year and running with support from JRN, Haruka Yamaguchi (AC Kita) was 4th in 2:32:49 off a 1:16:15 first half. Yamaguchi missed joining the top three under the old record by 15 seconds, but her time was fastest performance yet outside Japan. "My time was at the faster end of what I'd hoped to do today, so I'm pretty happy with that," she said post-race. "I'm disappointed with 4th place, though." Focusing mostly on December's National Championships 10000 m, Yamaguchi's only other marathon planned this year is the Dec. 20 Hofu Marathon, where she will run as a guide runner for a blind male Paralympian. 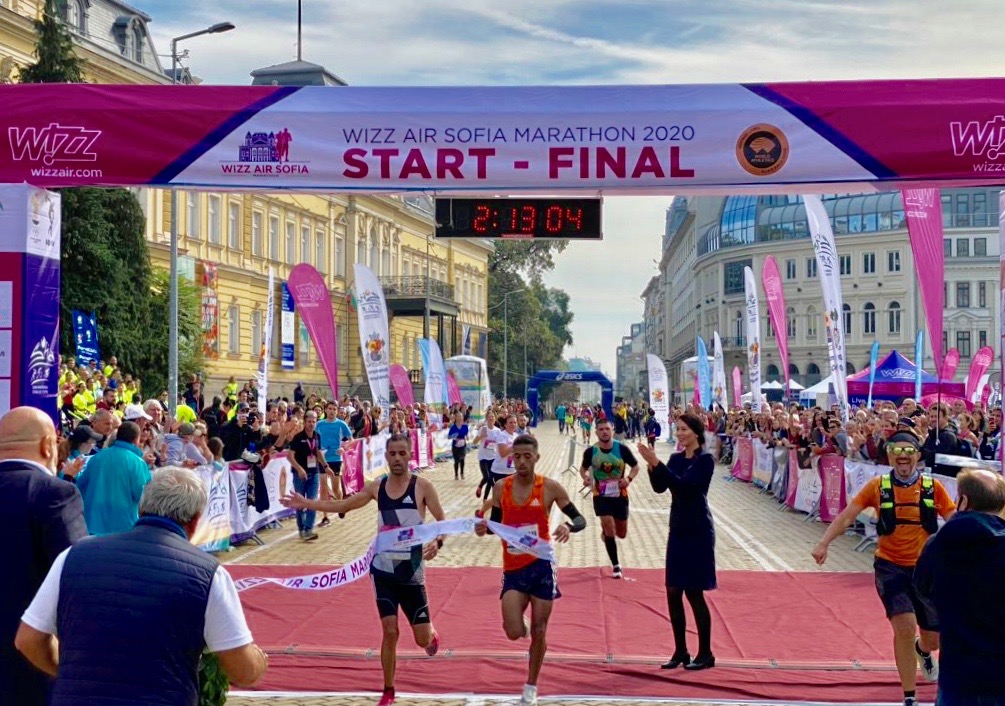 The men's race came down to a head-to-head battle between Moroccans Raduan Nouini and Youssef Sbaai. Nouini threw in a few mid-race surges to break the mostly Kenyan pack including former 2:04 man Jonathan Maiyo, but in the end the only one he couldn't shake was 40-year-old Sbaai. Coming down the home straight side-by-side, the pair crossed the finish line at the same time in 2:13:03. On review Sbaai was given the win, with Nouini 2nd.3rd in 2:16:21 Mohamed Ali of the Netherlands had an even harder time of it than women's winner Khapilina. Originally scheduled to run Kosice last weekend, he shifted to Romania's Bucharest Marathon, scheduled the same day as Sofia. When Bucharest canceled on Friday Ali was reported to have driven 400 km overnight to get to Sofia, where he was given a bib and a chance. Sunday's Riga Marathon was also scaled back at the last minute, making Sofia, with around 2000 participants from 37 countries across events and elites from ten countries making the top ten in the women's and men's marathons, the exception and not the rule. But for everything Khapilina and especially Ali's experiences said about what's ahead for athletes trying to return to the roads, the Sofia Marathon was a brief glimmer of hope that better days are ahead somewhere.