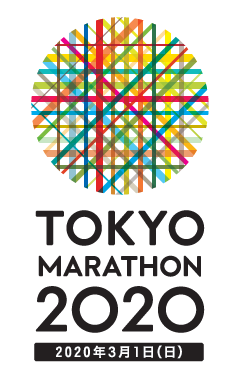 The Tokyo Marathon Foundation is also looking at significantly cutting back the activities of the 11,000 volunteers involved in the event's operations. On Feb. 1 the Foundation already asked roughly 1,800 participants living in China to refrain from taking part in this year's race and had announced plans to take measures such as distributing masks to participants on the day of the race. However, with the number of people infected with the virus in Tokyo continuing to increase, additional plans to mitigate risk were discussed. As a result of these discussions, the Foundation made the decision to cancel the entire mass-participation race, saying, "Preventing the spread of infection is our top priority."

The Foundation is looking at possible reimbursement of participants' entry fees and other issues. But with the decision coming less than two weeks before the race, tens of thousands of amateur runners who have already paid for transportation and accommodations are left with nothing more than questions and confusion.

Translator's note: For some context, this decision was made against a backdrop of other major public events including the Emperor's birthday celebrations also being canceled. Efforts to mitigate the spread of the virus now may impact whether Tokyo is in a position to host the Olympic Games in five months and should be interpreted at least partially in that context. At the same time, however, yesterday there were at least seven major road races with 10,000+ participants across Japan.

Details have yet to be made clear on which divisions exactly are being canceled, but given the estimate of a 200-runner race it seems likely that anyone not among the 133 men and 43 women listed in this elite field PDF or among the wheelchair field will be out of luck, including the Run as One division.


What's your feeling on decision to cancel #TokyoMarathon mass participation race? An understandable and appropriate move? Should have limited cancelation to high-risk groups like seniors? Overreaction? Didn't go far enough - should have canceled everyone, including elites?
— Japan Running News (@JRNHeadlines) February 17, 2020

TokyoRacer said…
Unbelievably stupid. Talk about paranoia!! There are what? 40 cases of the virus in Japan? Out of 120 million people. Not exactly a crisis!!

Gclub said…
The Tokyo Marathon, general runners, decided to stop participating ... in the tournament of the Olympic team aimed at players.
February 17, 2020 at 7:57 PM