Kawabata Over Kawauchi at Takashimadaira 20 km 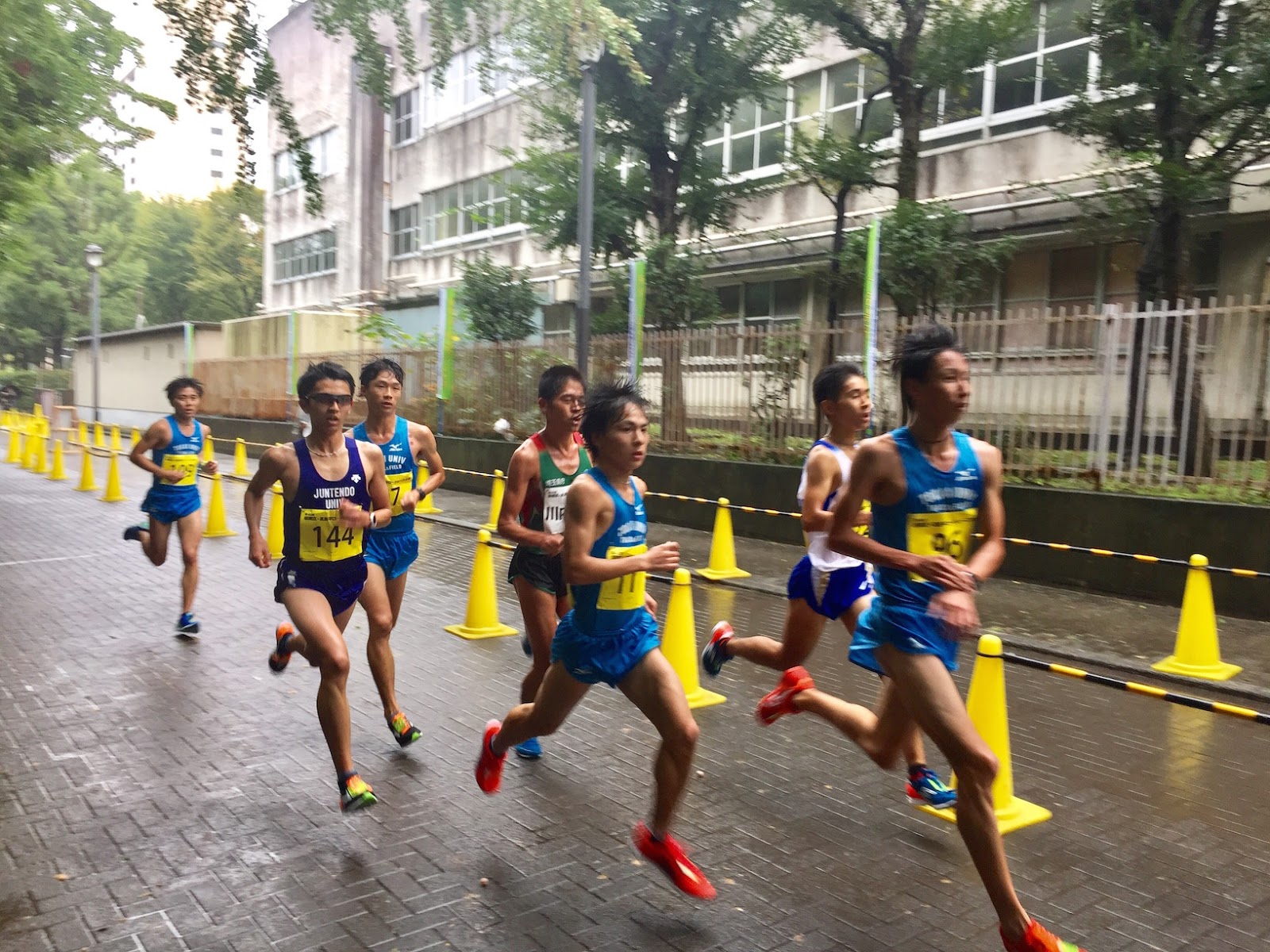 Like a distant echo of the thunder of yesterday's Yosenkai 20 km reverberating across the city, Tokyo's other major 20 km road race took place this morning in the northwestern suburb of Takashimadaira. Narrowly surviving the loss of its main sponsor last year, the Takashimadaira Road Race offers a unique 5 km loop course that delivers fast times. Now in its 42nd year, Takashimadaira is a favorite for upper-tier universities that don't have to run the Yosenkai to requalify for the Hakone Ekiden, for other schools' second-stringers, and for top-level independents and amateurs.

This year's race was fronted by a group of runners from Izumo Ekiden winner Tokai University who didn't make Tokai's final Izumo roster, by London World Championships marathoner Yuki Kawauchi (Saitama Pref. Gov't) and others from yesterday's Yosenkai winner Teikyo University and the Hakone-qualified Juntendo University and Komazawa University. In the same cool and lightly rainy conditions that produced fast times yesterday, Tokai's Kazuto Kawabata and Shuto Mikami took the race out at a quality pace, 14:51 for the first 5 km and 29:43 through 10 km with Kawauchi and four others in tow. The top Japanese man at yesterday's Yosenkai, Kazuya Azegami (Teikyo Univ.) ran 59:30, meaning the top group here was right on track to equal or better that. 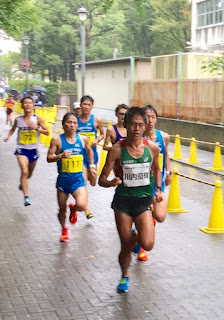 On the third loop the front group began to lap age groupers, bogging down the pace somewhat until Kawauchi went to the front. Leading at 15 km in 44:41, Kawauchi had Kawabata on his heels until the home straight when Kawabata kicked by for the win in 59:30, exactly tying Azegami's time yesterday. Kawauchi was just behind in 59:32, with Reiri Nakashima (Tokai Univ.) and Kohei Nanba (Juntendo Univ.) just behind in 59:35 and 59:36. 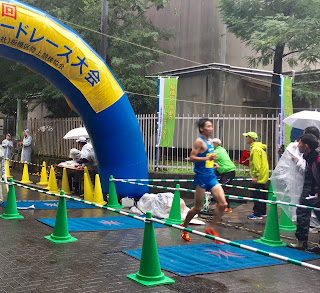 With the exception of Kawauchi everyone in the top 10 ran a PB, a sign of how good the conditions and competition were. Notably, 5th placer Ryota Komori and 8th placer Takeshi Tamura run for Teikyo University, the winning team at yesterday's Yosenkai 20 km. Neither Komori nor Tamura made Teikyo's 12-man starting roster for the Yosenkai, but their Takashimadaira times of 59:51 and 1:00:52 would have put them 4th and 7th among Teikyo's men who ran yesterday. Expect to see them, and especially Komori, in contention for Teikyo's Hakone lineup.

The women's 20 km at Takashimadaira is typically a lower-level race. This year was no exception, with club runner Mitsuko Hirose (Tokyo Wings) taking 1st in 1:14:43. Tatsuya Sato (Police Deparment) won the men's 10 km in 29:18, leading a total of ten police officers under 30 minutes. Maybe that's part of why crime levels in Tokyo are so low. Club runner Haruka Yamaguchi (AC Wings) won the women's 10 km in 34:35, with high schooler Yuka Masubuchi (Kinjo Gakuen H.S.) winning the women's 5 km in 16:27, the fastest time ever by a high school girl at Takashimadaira. Civil servant runner Keita Shimazaki (Ome City Hall) won the men's 5 km in 15:20.