Historical Hakone Ekiden powerhouse Chuo University held a press conference on Mar. 9 to announce the retirement of three-time World Championships marathon team member and Chuo alumnus Masakazu Fujiwara, 35, from competition and his naming as new head coach of its ekiden team.  Chuo holds multiple Hakone records including 6-straight wins, 14 wins overall, 87-straight and 90 total Hakone appearances, but under former head coach Haruo Urata, 54, for the last four years it failed to make the seeded top ten.  Fujiwara commented, "I want to get us back into the seeded bracket within two or three years," showing his enthusiasm for returning Chuo to its glory days.

As a first-year at Chuo Fujiwara won the Hakone Ekiden's famed uphill Fifth Stage, placing 2nd and 3rd on the same stage as a second-year and third-year.  As a third-year he also won the gold medal in the 2001 World University Games half marathon, and as a fourth-year he won Hakone's most competitive stage, the Second Stage.  Just before his graduation he set the still-standing debut and collegiate marathon national records of 2:08:12 at the 2003 Lake Biwa Mainichi Marathon, qualifying for the 2003 Paris World Championships team. 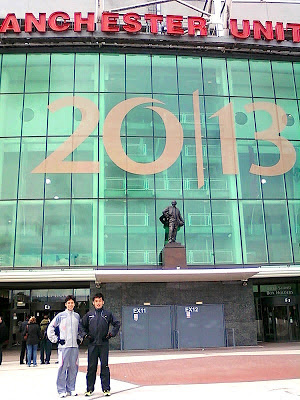 After graduating he joined the Honda corporate team.  Injuries prevented him from running in Paris and continued to hamper his pro career, but in 2010 he became the only Japanese man to win the Tokyo Marathon, following up with marathon national team appearances at the 2013 Moscow and 2015 Beijing World Championships.  He planned to run last weekend's Lake Biwa Mainichi Marathon to try to make his Olympic debut but suffered a stress fracture in his right shin that forced him to withdraw.  Missing out on his Olympic dream, he decided to retire.

Fujiwara will leave Honda at the end of March to take over at his alma mater Chuo University in a new leadership capacity at the start of the 2016-17 academic year in April.  He departs with lifetime bests of 13:49.33 for 5000 m, 28:17.38 for 10000 m, 1:02:23 for the half marathon and 2:08:12 for the marathon.  "The Rio Olympics were my goal," he said.  "It's a shame that my dream as an athlete ended with just the World Championships, but now I want to help rebuild a powerful Chuo University and someday take the overall Hakone win." 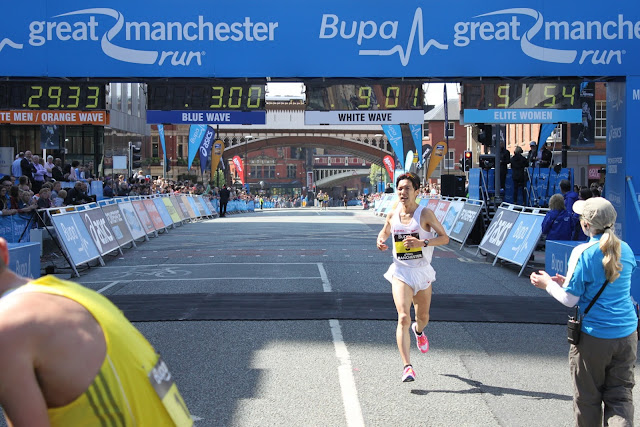 Translator's note: JRN supported Fujiwara at the 2013 Great Manchester Run where he set his road 10 km PB of 29:32.  Among his many accomplishments, Fujiwara holds the world record for the longest time between consecutive sub-2:09, and probably sub-2:10, marathons, 10 years and 1 day, with his 2:08:12 debut at Lake Biwa on March 2, 2003 and a 2:08:51 at Lake Biwa on March 3, 2013.  It's a testament to what kind of person Fujiwara is that he never gave up hope that entire time, much of it lost to injury, when most other people would have thrown in the towel long before.

These and other articles caused a lot of hilarity on Japanese Twitter due to their use of the phrase "藤原新監督," literally "New Head Coach Fujiwara."  "新監督," new head coach, is the normal way to refer to someone in Fujiwara's position, but the character for new, 新, "shin," also has the alternate reading "arata."  This means the characters 藤原新監督 can be read as "Head Coach Arata Fujiwara."  藤原新, Arata Fujiwara, is a 2:07 Olympian still active as an athlete.  Reached for comment, Arata Fujiwara told JRN dryly, "I'll do my best."  The first article has since been edited to refer to Masakazu Fujiwara simply as "藤原," Fujiwara.