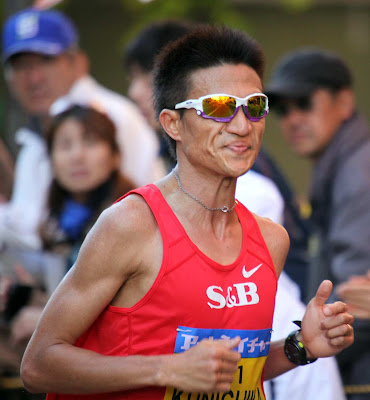 Following the Dec. 5 Fukuoka International Marathon, Athens Olympics marathoner Tomoaki Kunichika (Team S&B) announced his retirement from elite competition. The 37 year-old Kunichika was one of this year's invited elites, but despite starting out at a conservative pace struggled and finished 18th.

According to a source connected with his team, Kunichika chose Fukuoka for his last run because of the strong memories and association with the race, Fukuoka being the site of his 2:07 PB and the win which qualified him for Athens. The source said Kunichika intends to continue running at his own level and plans to expand the scope of his coaching activities.