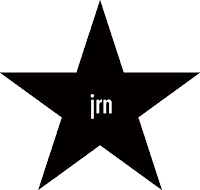 The latest wave of race cancelations sweeping Japan as its coronavirus case numbers climb to record highs hit two elite-level marathons Friday, the Feb. 6 Beppu-Oita Mainichi Marathon and Feb. 13 Nobeoka Nishi Nihon Marathon.
Planned as a full-sized race with 4,184 entrants, with just two weeks to go Beppu-Oita announced that in an effort to cope with the worsening situation it was limiting its field to those with sub-2:30 times and their pacers, IPC athletes, and local entrants, all required to be fully vaccinated and tested within a short period before the race. Its new limited field of 543 takes Beppu-Oita back to its roots as an elite-only race, but the remaining 3600+ entrants find themselves out of luck.
Just down the coast, Nobeoka took an even more conservative approach. Planned with a field size of only 200 plus an invited athlete field of what would probably have been another 8 or 10, the city government announced on Friday that the race has been canceled outright. In the announcement officials cited the prefecture having been placed under a partial state of emergency the same day as a reason for the cancelation. With Tokyo and Nagoya likewise named to the partial state of emergency list and Osaka having asked the government on Friday to be added, an impact on the upcoming marathons in those cities seems inevitable.
© 2022 Brett Larner, all rights reserved