Kawauchi on Tokyo 2020: "It Feels Like the War -- If You Step Out of Line People Call You a Traitor" 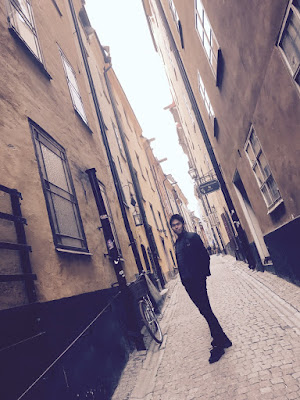 "It seems like I'm always getting bullied by the Nikkan Gendai, and whenever I see one of those articles it's like, 'Here we go again.....'"

From the beginning, he's overflown with idiosyncrasy. On the frontlines of the marathon without belonging to a corporate team, Japan's "strongest amateur runner" Yuki Kawauchi, 30, has always brought controversy to the Japanese marathon world with his outspoken comments. Having said that his appearance at August's London World Championships will be his "last time running on the national team," the Nikkan Gendai asked Kawauchi to tell us all about the current state of the marathon world.

Kawauchi was the top Japanese finisher at 3rd overall in 2:09:11 at last December's Fukuoka International Marathon, the first domestic selection race for the London World Championships team. His ticket to London was in his hand. At a press conference later in March, JAAF marathon development project leader Toshihiko Seko, 60, told him, "I want you to continue until the Tokyo Olympics." Kawauchi angrily retorted, "The Tokyo Olympics aren't the be-all and end-all for everyone!" What exactly did he mean?

"I think it's strange that everyone is totally fixated on the Tokyo Olympics," Kawauchi explained. "People are different at different ages. Runners in their late 30s now will be about 40 in three years, and the high schoolers focused on Tokyo will only be college students. I don't like this environment of, 'Well, we don't have any choice except to say that we're aiming for Tokyo.' It feels a bit like during the war era. There's this Great Cause called the Tokyo Olympics, and everyone has to march in that direction. If you step out of line even just a tiny bit people say, 'You're a traitor!' I hate that kind of atmosphere. That's why I said that to Seko."

The popular image of Kawauchi is of him being on the verge of collapse at the end of a race, but that is a testament to being focused on each and every race.

"I really hate this mindset of London being a springboard toward Tokyo," he said, "this apparent idea that if the Tokyo Olympics are the most important thing then it's OK to just treat London as a throwaway effort. Some of us want to bring everything to the line in London, and nobody can say for sure that they're still going to be on the scene in three or four years. It's so happened that I've been able to be at the top of the game for almost seven years now since 2011, but I could get an injury that I can't recover from at any time. Who knows what will happen by three years from now?

"Lots of people say they have a three or four-year plan, but I think in terms of at most one or two years ahead, treating each race before me as important, and running with a sense of purpose in every one of them. I don't think that's what the Japanese national team is all about. Whether it's the World Championships or the Olympics, if you're representing Japan you're representing Japan. When you're chosen for the team there are loads of people who weren't chosen, so instead of being fixated on what comes after that I think you need to be focused on the race that's right there in front of you, the World Championships, and not saying, 'Tokyo! Tokyo!'"


"I hate this tendency to DNS races easily."

Two days before scoring a place on his third World Championships team at Fukuoka last year, Kawauchi sprained his left ankle. Despite everyone around him telling him not to run he forced himself to start. With heavy emphasis on the big selection races for Olympic and World Championships teams, there is a tendency for many athletes to DNS planned races due to inadequate training or injury. Something Kawauchi questions.

"I've always hated this tendency to DNS races so easily," he said. "If you look at an entry list, out of say thirty invited athletes on the list it's pretty normal for about ten people not to start. Some people may say, 'It's OK not to run a race you've committed to for the sake of a bigger race down the road,' but that's pretty much dead wrong. If you've accepted an invitation to run there will be a lot of fans looking forward to it, and you are obligated to follow through. If you DNS just because of a slight injury you're going to be disappointing all of them, and I think that demonstrates a lack of professionalism. I'm not a pro but I'd like to think I conduct myself with professionalism, and I will not DNS no matter what happens. I guess saying that will probably piss some people off again." [laughs]

Kawauchi also points out another risk in the trend of thinking that nothing but the Tokyo Olympics matters.

"I'm really worried that when Tokyo is over, a lot of athletes will be completely burned out," he said, his expression betraying his concern. "In particular, I think the athletes who are doing it right at their limits could lose motivation and immediately retire. Personally I plan to keep on going just the same after Tokyo until my ability fades away, so Tokyo itself is not a motivation and there's no problem with that at all. But I think that as a whole Japanese marathoning is going to get weaker than ever before. There's a World Championships in the U.S.A. in 2021, and what's going to happen there is a major worry."