March 14, 2014
update: The NYRR posted its own story on Takashi Ichida (Daito Bunka Univ.) and Ikuto Yufu (Komazawa Univ.) this morning.  Click here to read it. 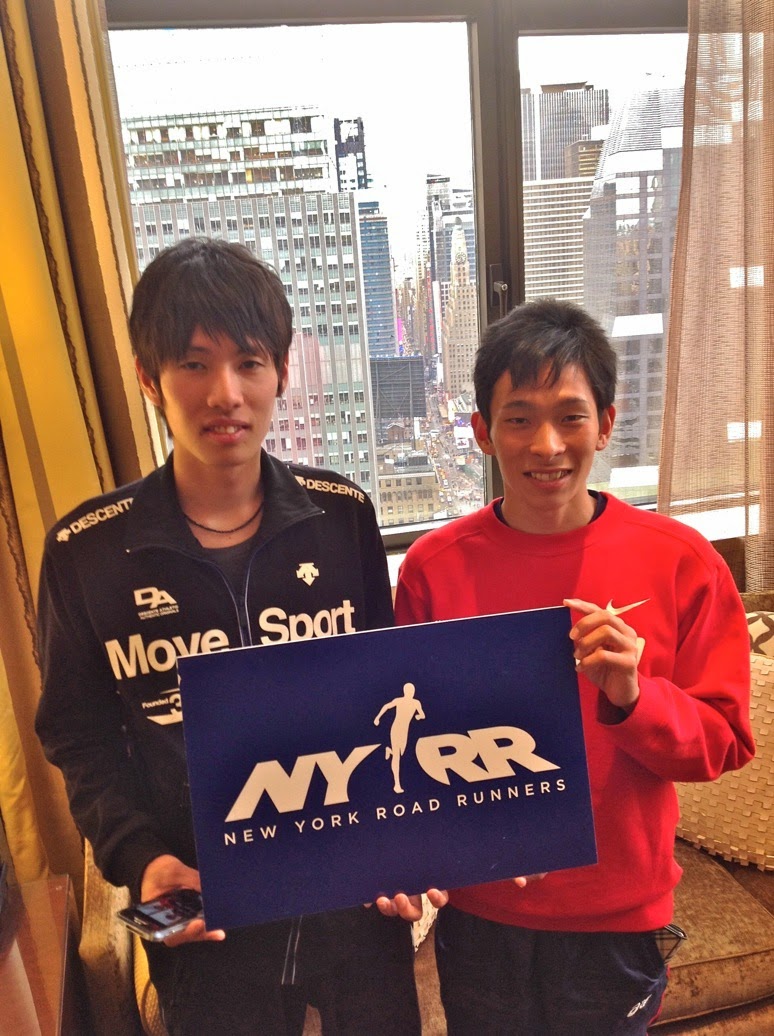 November's Ageo City Half Marathon has been in an arms race with March's National University Men's Half Marathon Championships for the last few years, both races riding a swell in Japanese university men's distance running to battle for the title of world's deepest half marathon.  Two weeks ago the National University Half became the first race to break the 200 sub-66 barrier, but competition up front in Ageo remains thicker with a sub-62 course record and nearly twice as many men going sub-63 as at the National University Half. Driving the race up front in Ageo this time was, for the third year in a row, the chance for the two top Japanese collegiates to run the NYC Half Marathon in a relationship set up between the two races by JRN. 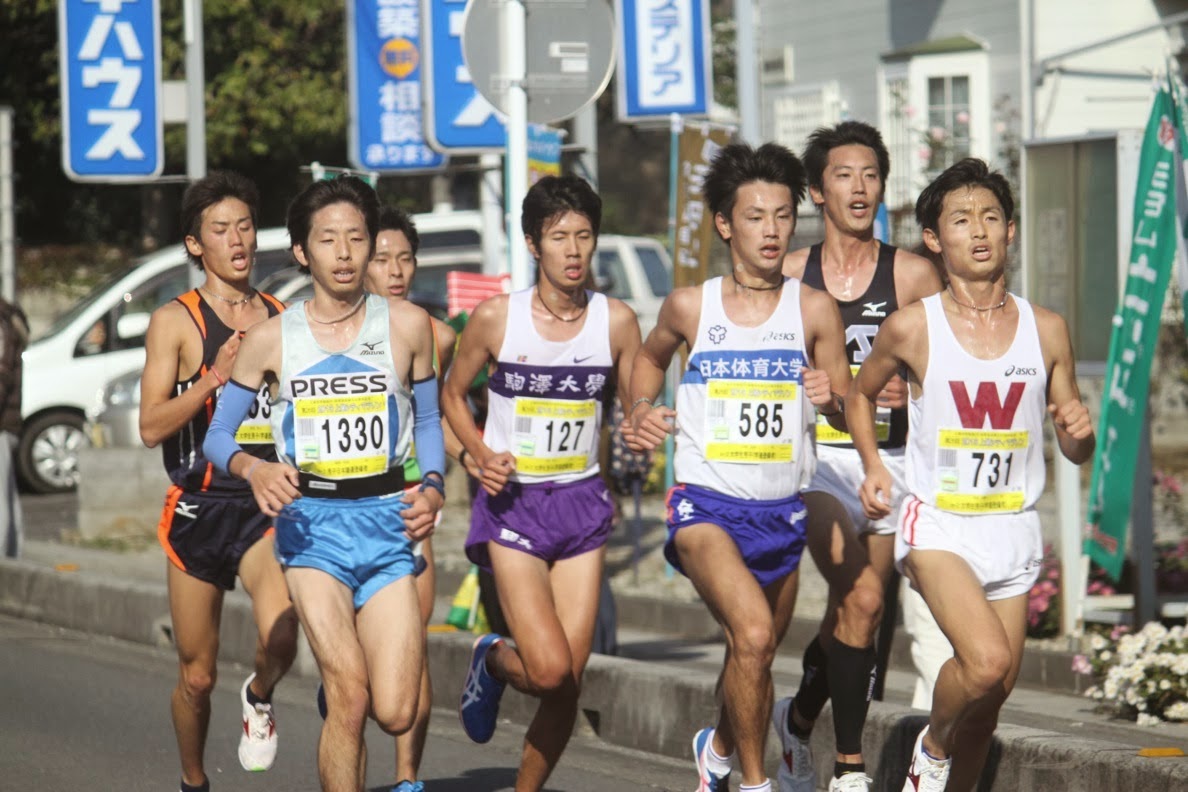 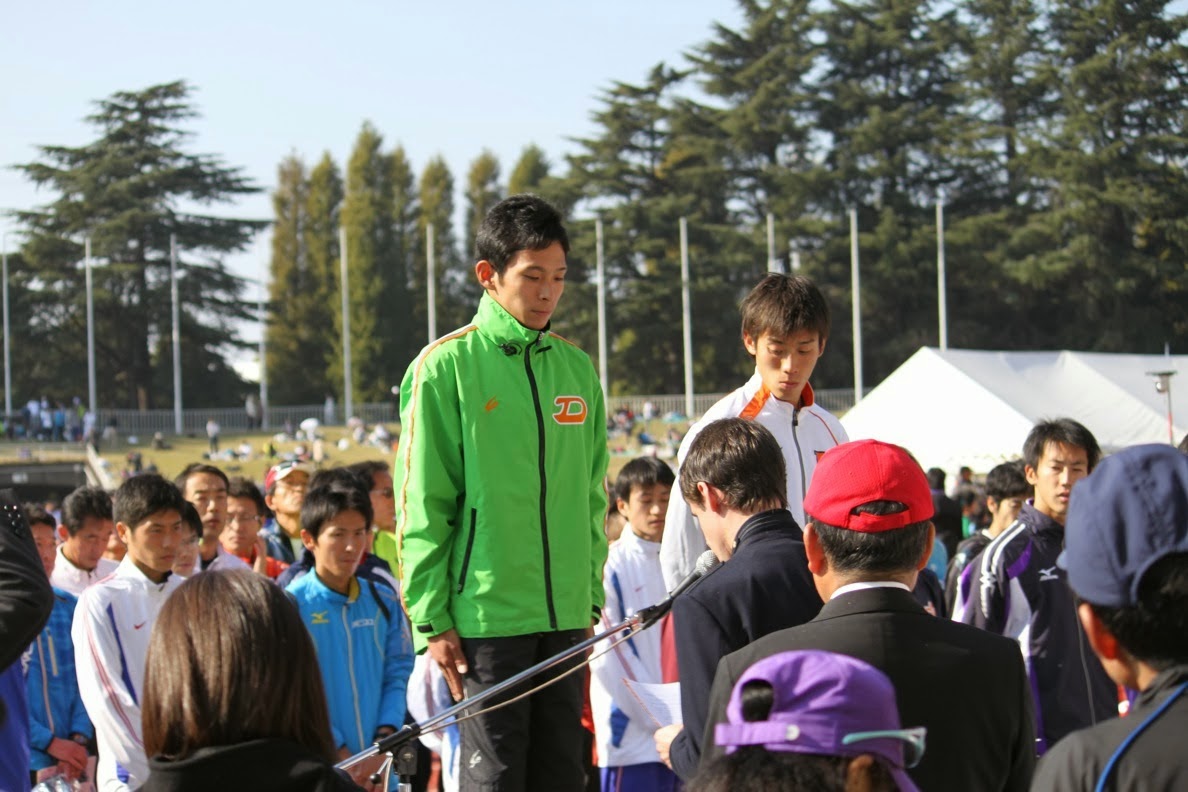 Seeing Murayama's transformation, other runners jumped at the chance to pick up the NYC invite.  In the first 25 years of Ageo's history 36 men had broken 63 minutes.  At last November's 26th running 18 more achieved that time, all but one university runners and almost all in PB times.  Winning the five-way sprint finish was Takashi Ichida of Daito Bunka University, clocking 1:02:36 in a photo finish with Hakone star Kazuto Nishiike of Hosei University. 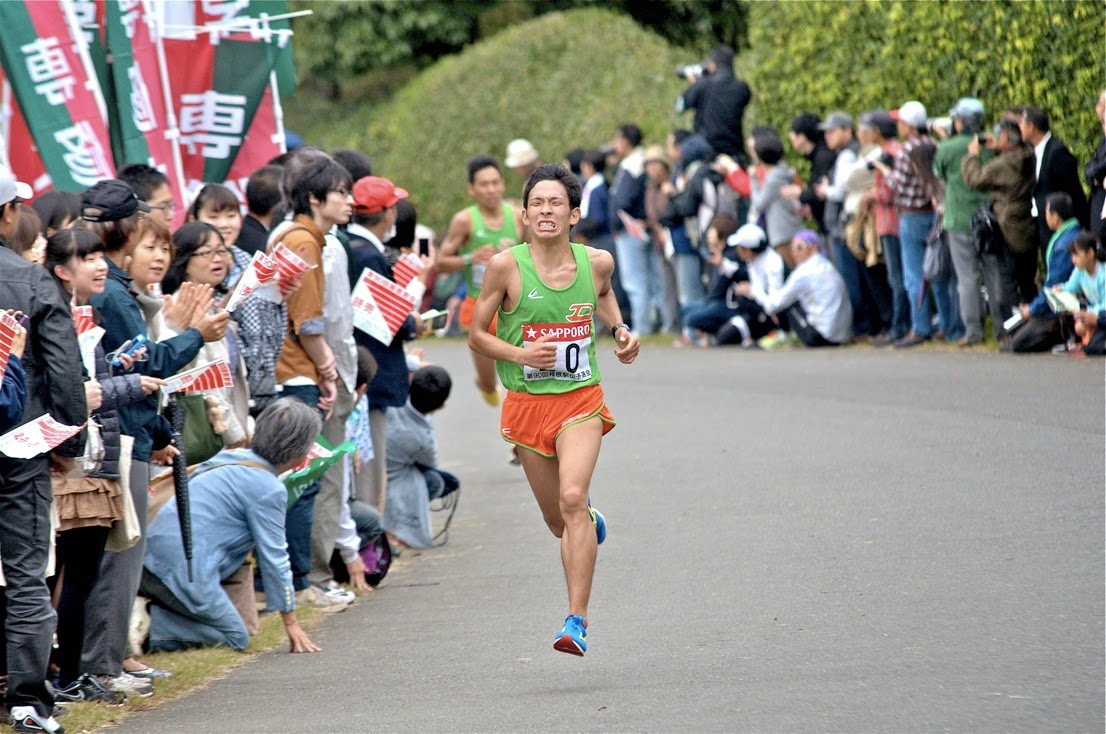 Back in January, 2008 in the early days of JRN we translated an article about a pair of identical twin junior high school runners from Kyushu, Takashi and Hiroshi Ichida, who said they hoped to one day run the Olympic marathon together.  At that point still more or less unknown, the brothers became members of Kagoshima Jitsugyo High School's 2010 National High School Ekiden champion team before going on to lead the relatively minor Daito Bunka University.  While Hiroshi made the Japanese team for next week's World University Cross Country Championships in Uganda, Takashi's win in Ageo meant his route to achieving the twins' shared dream would take him through New York.  Having focused on peaking for the NYC Half since November, Takashi hopes to improve on both Shitara's 1:01:48 and Murayama's 10th-place finish. 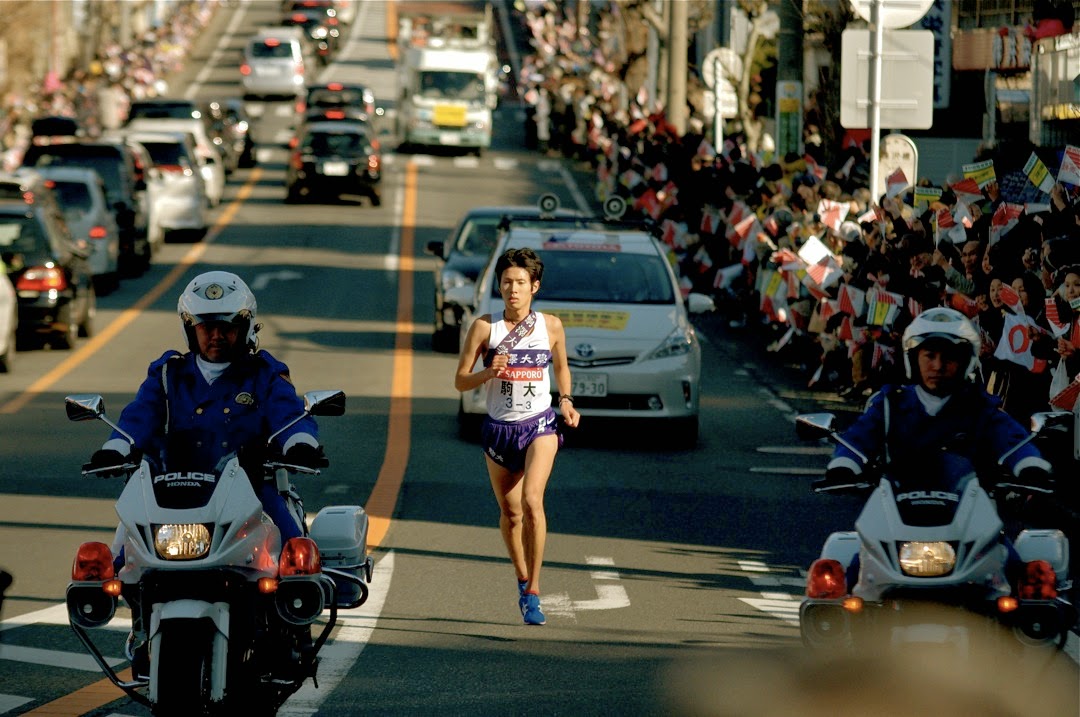 Ageo runner-up Nishiike was injured before January's Hakone Ekiden and did not recover in time for New York.  Taking his place is the man who led the break in Ageo, 2013 National University Track and Field Championships 1500 m winner Ikuto Yufu.  Undefeated at the National University Ekiden Championships where he set two stage records among his four stage wins, Yufu is the Komazawa record holder for 1500 m, 5000 m and 10000 m but has yet to live up to the same standard over the half marathon.  In his last race wearing the Komazawa uniform before graduation he hopes for a major improvement on his 1:02:46 best.  If he succeeds both he and Ichida should make serious dents in the Japanese men's all-time U.S. soil top ten list: