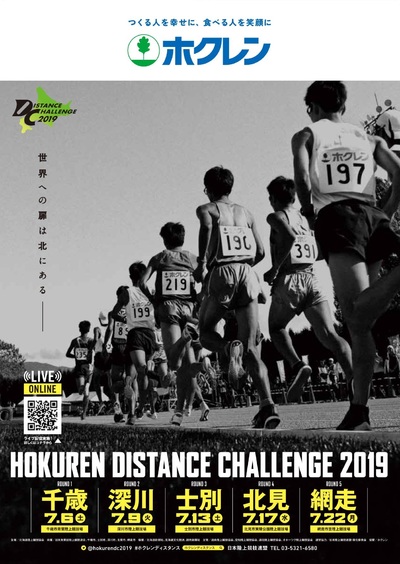 Following the nationwide lifting of the state of emergency earlier this week, Hokkaido's Hokuren Distance Challenge may be held on its planned dates from July 4th to 18th on a reduced scale. According to a source involved with the series, based on the advice of experts the 10000 m will be cut, with only events of 5000 m and shorter held in order to reduce the size of the series' meets and keep them in line with government social distancing guidelines. The JAAF earlier requested that meets and races refrain from going ahead through the end of June, but if the Hokuren series happens it will likely signal a restart of the track and field season.

The number of people allowed to participate in the series will likely be limited, with priority given to upper-tier athletes. Many issues such as accommodations and the number of race and athlete support personnel permitted on-site have yet to be worked out. One of the organizers commented, "The series will bring in a lot of people from outside Hokkaido. We are still at the point of coordinating with the local government on anti-coronavirus protocols and ensuring the safety of staff." An official announcement on the series is expected on or around June 10.