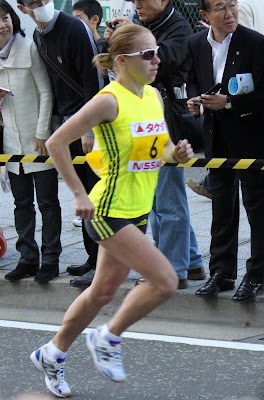 As a high-pressure front swept away a week of cold and rain with cloudless morning temperatures of 20 degrees and variable, gusting winds, 2006 European 10000 m champion Inga Abitova of Russia scored her first important marathon win with a 2:27:18 victory at the inaugural Yokohama International Women's Marathon on Nov. 15. 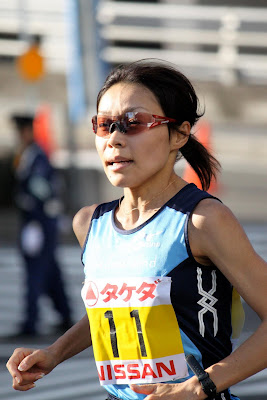 As predicted, the race was between Abitova and 2009 Hokkaido Marathon winner Kiyoko Shimahara (Second Wind AC), who ran down Beijing Olympics silver medalist and 2007 World Champion Catherine Ndereba of Kenya for 2nd place in 2:28:51. Beijing gold medalist Constantina Dita (Romania), who reported injury troubles shortly before the race, was a distant 11th in 2:36:04.

Unseasonably warm conditions at the start played into the hands of Shimahara, an athlete noted for her warm weather skills and her fast finish. Having rehearsed a new fast-starting strategy for winning earlier this season in setting the course record of 2:25:10 at August's Hokkaido Marathon Shimahara did everything she had to do for the win, taking the race out at a respectable pace and clocking 3:23 through the first kilometer covering most of a short loop through Yokohama's famous Chinatown. 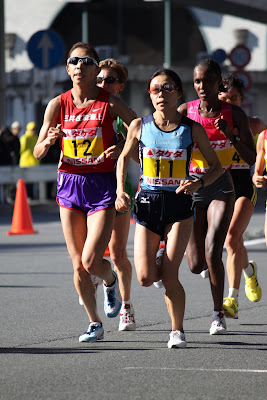 Heading into the first iteration of the new course's innovative 13 km+ main loop, Shimahara maintained control and took the pack of around ten through 5 km in 17:11. Dita stayed up front next to Shimahara before dropping back as the second loop began, while Reiko Tosa lookalike Miki Ohira (Team Mitsui Sumitomo Kaijo) kept perfectly even with Shimahara but aloof and alone far to the right of the main pack. 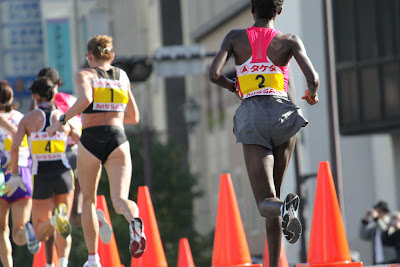 Ndereba ran her typical race strategy in recent years, sitting alone 10-15 seconds behind the lead group. As the first loop passed Yokohama Station to switch from northbound to southbound, the wind began to pick up and hopes of fast times began to fade. Shimahara continued to do all the work as the pack withered and the wind built through the second loop. Passing the starting point to begin the third loop and approaching 30 km there were five remaining up front, with Ndereba in contact a short distance behind. 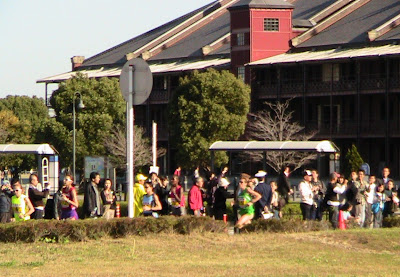 As the leaders went by Yokohama's famous Akarenga red brick warehouses Abitova, a familiar face on Japan's international ekiden circuit, sprang into action, seizing the lead from Shimahara with a quick surge. The pack immediately strung out, with Ohira the initial closest trailer before Ndereba swiftly moved up to 2nd. 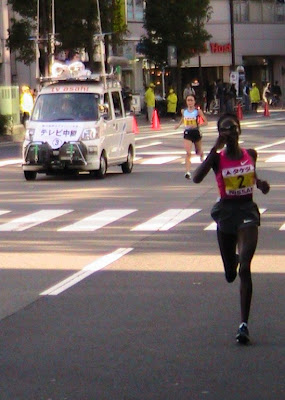 Shimahara remained calm, gradually upping her tempo over the last 10 km and picking off Ohira to move into 3rd. Down 80 m on Ndereba in the aftermath of Abitova's move, Shimahara began to inch back toward the Kenyan after the race again turned southward past Yokohama Station. As the winds built to a steady, furious blast over the final 5 km, Shimahara pulled even with Ndereba, then edged away even as the former world record holder tried to maintain contact for a sprint finish. 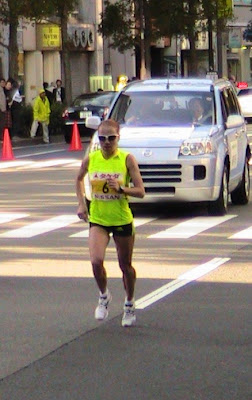 Abitova continued to accelerate as she handled the final kilometers with ease to take her first competitive marathon victory. With her last two marathons being her strongest performances to date Abitova is positioning herself near the top of the Russian marathon scene as she continues her transition from the track. Shimahara dispatched Ndereba over the final 2 km to take 2nd by 22 seconds, her second sub-2:30 in just over two months after not having cracked that barrier since 2006. She also picked up the first spot on the Japanese team for next year's Asian Games marathon where she will be the defending silver medalist. Shimahara will line up again in 4 weeks' time to defend her Honolulu Marathon title. 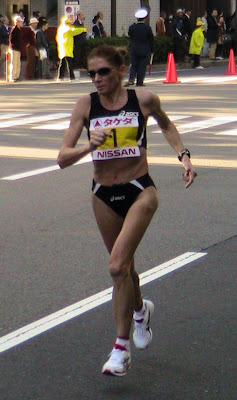 2004 Tokyo International Women's Marathon winner Bruna Genovese of Italy was a surprise 4th, overtaking Ohira shortly before the finish. Dita faded from her place in among the leaders, ending up nearly 10 minutes behind Abitova.

Yokohama's innovative criterion course, the first such for an elite marathon in Japan and the first race in Japan's international marathon circuit not to start and finish on a track, proved a success for the race up front and was popular with spectators who were able to walk between each side of the course to cheer in six or more spots.

Less happy with the course were the amateur women near the bottom of the field, those who barely made the 3:15 qualifying standard. To prevent logjams officials stopped those who were in danger of being overtaken by the leaders, meaning that with a main loop of just over 13 km 150 of the 400 or so in the amateur division were cut off. Nevertheless, with a potentially fast course in an interesting, scenic location and with impeccable organization the Yokohama International Women's Marathon could in time set the new standard for women's marathoning if organizers and sponsors have the desire and resources to make it competitive with the world's biggest, richest big city marathons.