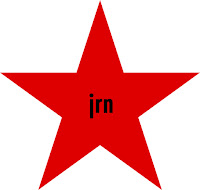 Women's 3000 m steeplechase national champion Yuno Yamanaka led off the home team's campaign on the third day of track and field competition at the Tokyo Olympic Games. Still just 20 years old, Yamanaka, the younger sister of 2014 National University Men's Half Marathon champion Hideto Yamanaka, went out at national record pace, mostly at the end of the pack but moving up one by one as other athletes faded. Yamanaka ended up 10th in her heat in 9:43.83 and didn't advance, but in post-race interviews she was optimistic about her chances of breaking the national record and making the final in Paris three years from now.
Having skipped June's National Championships 400 m with an injury, Julian Walsh was the only other Japanese athlete in action in the morning session, running the men's 400 m heats. Walsh was far off his best, running only 46.57 to finish 6th in his heat and not advance. Also entered in the 4x400 m relay, Walsh may still make another appearance, or two, at this Olympics.
In the evening session, women's 100 m hurdles national record co-holder Asuka Terada couldn't run up to potential in the semi-finals, finishing last among the six finishers in her SF in 13.06. NR holder Naoto Tobe also finished last in the men's high jump final, clearing only 2.24 m.
© 2021 Mika Tokairin, all rights reserved