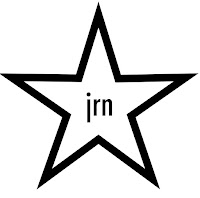 One of Japan's hopes for a top 8 placing in track and field, women's javelin NR holder Haruka Kitaguchi got off to a good start at the Tokyo Olympics with a season best opening throw of 62.08 m in the qualifying round, just short of the 63.0 m auto-qualifying mark. She wasn't able to improve on that in subsequent throws but advanced to Friday's final with ease, placing 3rd in her group and 6th overall. Kitaguchi is the first Japanese woman to make an Olympic javelin final since the 1964 Tokyo Olympics.
Mirroring the lackluster performances in the men's 100 m, none of the three Japanese men in the 200 m moved on past the first round heats. Jun Yamashita came closest at 20.78 for 5th in the third heat, 0.25 off qualifying on time. In his third Olympics Shota Iizuka was 6th in the opening heat in 21.02, with Abdul Hakim Sani Brown 6th in the second heat in 21.41.
In the evening session, national record holder Shunsuke Izumiya and previous NR holder Taio Kanai easily made it through the heats, Izumiya 2nd in the fourth heat in 13.28 and Kanai 3rd in the fifth heat in 13.41. Third man Shunya Takayama was the only one to falter, 6th in the third heat in 13.98.
The men's 5000 m saw the low point in this Olympics so far for the Japanese team.  In heat one, Yuta Bando was 17th in 14:05.80. In heat two, Bando's Fujitsu teammate Hiroki Matsueda was 18th in 14:15.54. Both finished in the bottom four of the combined field of 37 finishers, enough to give serious doubts about the condition Fujitsu marathoner Shogo Nakamura will be in on Sunday morning.
© 2021 Mika Tokairin, all rights reserved