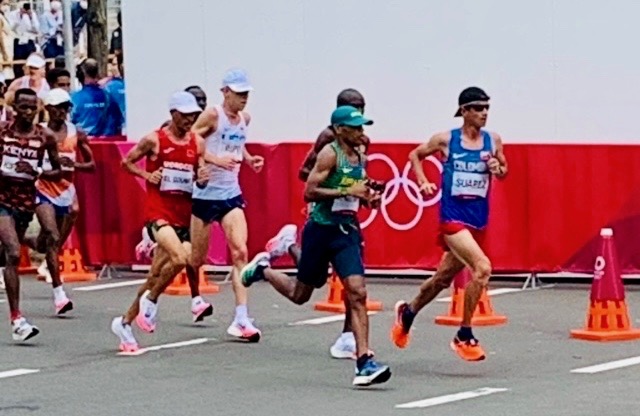 On Aug. 10, Video Research, Ltd. announced that the closing ceremony of the Tokyo Olympics broadcast on NHK on Aug. 8 earned an average viewership rating of 46.7% in the greater Tokyo metropolitan area, 41.5% in the Fukuoka area, 41.3% in the Osaka area, and 40.7% in the Nagoya area. In the 32 regions surveyed, Video Research calculated that 46,997,000 people nationwide watched the closing ceremony in realtime.
The 46.7% viewership rating far surpassed that of the 2008 Beijing Olympics closing ceremony, which recorded only 25.1%. It was the third-highest rating on record for Olympic closing ceremonies, behind the 1964 Tokyo Olympics with 63.2%, and the 1972 Munich Olympics with 46.9%.
The event broadcast that earned the highest viewership was the Aug. 7 men's baseball final on NHK, where Japan defeated the U.S.A. to win the gold medal, at 37.0%  2nd was NHK's broadcast of the Aug. 8 men's marathon, where Suguru Osako placed 6th, which earned 31.4% viewership in its second half. 3rd was the Aug. 3 men's soccer semifinal match on NTV, where Japan lost to Spain in overtime, at 30.8%
photo © 2021 David Motozo Rubenstein, all rights reserved
source article:
published Aug. 11 in Asahi Newspaper, and
https://news.yahoo.co.jp/articles/9a908d27eef69faae5f19a0ea46c6d9135a2452e?tokyo2020
translated and edited by Brett Larner