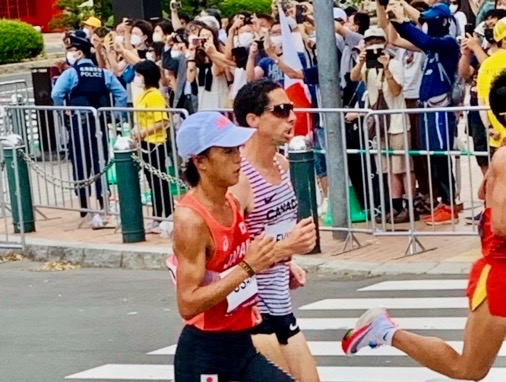 At Odori Park in central Sapporo, the start and finish point for the Tokyo Olympics women's and men's marathons held on Aug. 7 and 8, it was found that the number of people in the area of the park increased by over 10% during the marathons relative to the same time period a week earlier. Increasing as the end of the race neared, crowd size was 12.7% higher at the finish of the women's marathon on Aug. 7 and 10.3% higher at the finish of the men's marathon on Aug. 8.
The Mainichi Newspaper Corp. analyzed the data, which was collected by Agoop, a subsidiary of mobile phone service provider Softbank. Comparisons were made based on the average number of people present per hour within a 500 m radius of the Odori subway station. The women's marathon began at 6:00 a.m. on Aug. 7. Between 6:00 a.m. and 7:00 a.m. 31,256 people were present in the area, but from 7:00 a.m. to 8:00 a.m. that number increased to 35,248. After 8:00 a.m., when Kenyan Peres Jepchirchir won the gold medal and Japan's Mao Ichiyama finished 8th, the number further increased to 44,379 people.
Compared to a week earlier on July 31, these numbers were 11.3% higher for 6:00~7:00 a.m., 8.2% higher for 7:00~9:00 a.m., and 12.7% higher for 8:00~9:00 a.m. After the race for the 10:00~11:00 a.m. slot the numbers were also 4.8% higher than the previous week, but from 1:00~2:00 p.m. the numbers were 0.6% lower than on July 31, and from 5:00~6:00 p.m. 12.5% lower. The fact that non-race times showed a decrease in the number of people in the area indicates that the increase during the race was noteworthy.
In the same way, the number of people was higher during the men's marathon on Aug. 8. From the 7:00 a.m. start to 8:00 a.m. the number increased 1.7% from the week before, from 8:00~9:00 a.m. 5.0% higher, and from 9:00~10:00 a.m. when Suguru Osako placed 6th it was 10.3% higher. 52,123 people were present in the area between 9:00 a.m. and 10:00 a.m.
With the Olympic marathon and race walking events held on public streets in downtown Sapporo, the Tokyo Olympics organizing committee, Sapporo city government and Hokkaido prefectural government had all asked people not to come cheer along the course in order to help minimize the risk of spreading the coronavirus. Volunteers and security personnel stationed along the course asked people not to stay and watch, but despite their efforts dense crowds gathered everywhere and especially near the start and finish in Odori Park. A senior official with the prefectural government commented, "Many spectators seemed to have come from outside Hokkaido prefecture. We are very worried about what that means for the future progress of the pandemic." 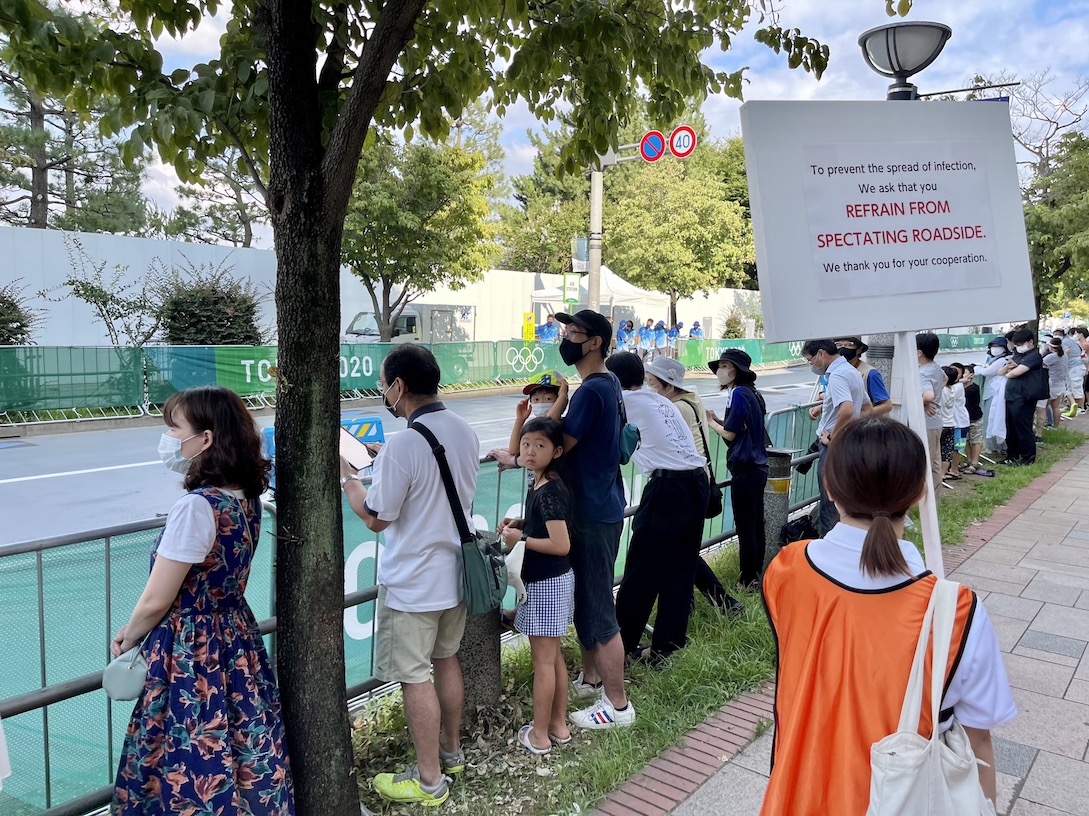