"I Feel a 2:05 is Possible" - Arata Fujiwara on Racing and the Future 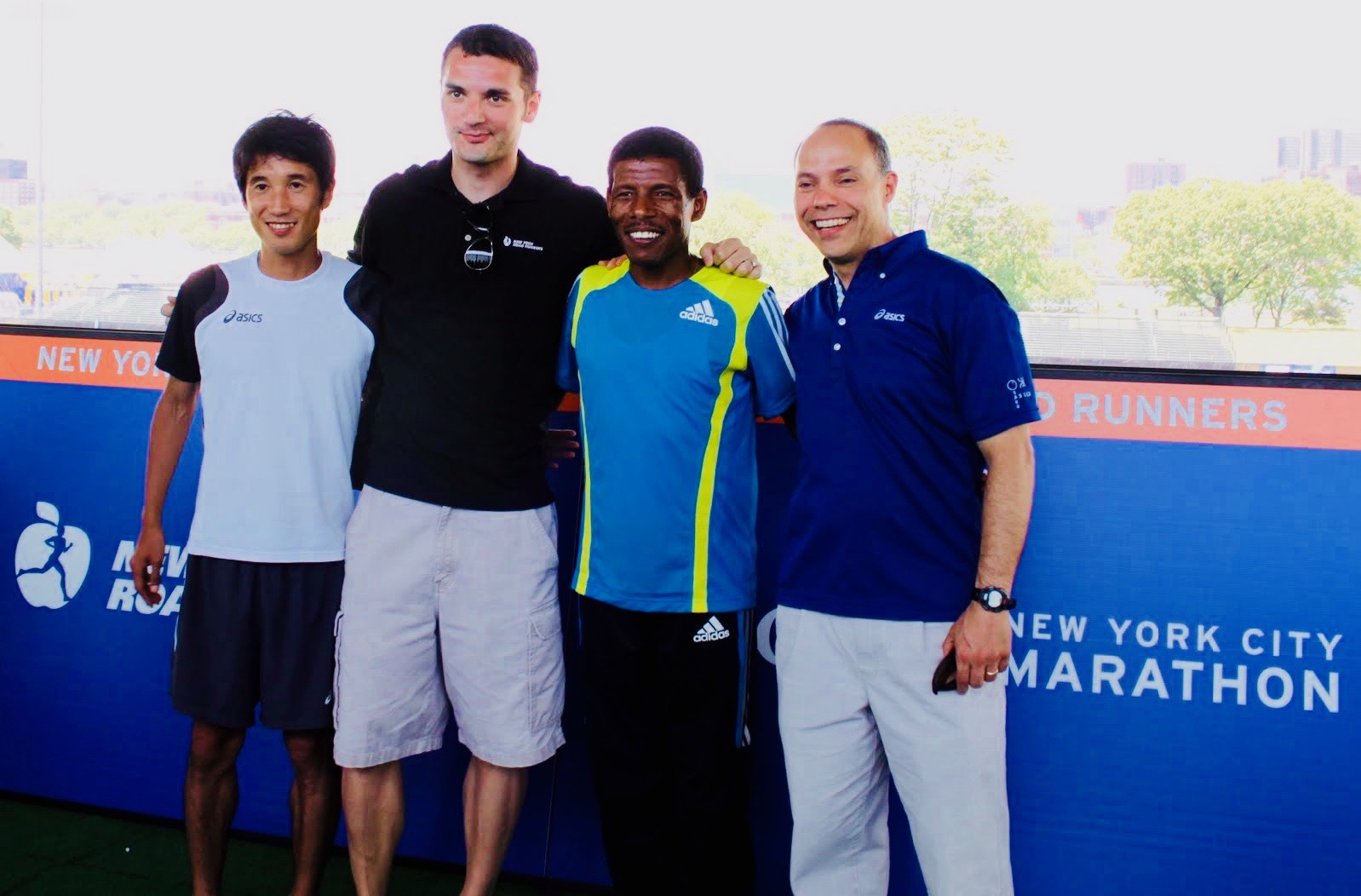 In part one of his interview with JRN, Arata Fujiwara talked about the 2008 Tokyo Marathon 2:08:40 run that made him famous. In part two of the interview he discussed the mental and physical aspects of his training. Now in part three he talks about racing; his strategy, tactics and long-term goals.

Do you think it’s important to have practice runs on the course, to study the course and know where the curves and hills are?

Yes, definitely, if you have the chance to do that it’s always a good idea. The first time you run a course it’s totally different whether you know a course well or not at all. The time passes more quickly if you know the course. For example, if you go somewhere on a training camp and jog for 60 minutes on a road you don’t know it feels longer. So, it’s a big advantage to know the course well. If you know the course you know what’s coming next, and after that, and after that, so there are no worries. If you don’t know what’s coming then there will be subconscious stress that can wear you out psychologically.

Can you memorize a course after only one practice run?

Yes, mostly. It’s harder overseas. You have to study the course maps and try to remember it all if you can’t get out for a practice run. New Year’s is the best time to practice on the Tokyo course because no one’s around. There’s no one in Ginza the morning of Jan. 1.

What do you have in your special drink?

Amino acids. I take them every 5 km. I drink as much of it as I can each time. I like drinking. I’ve never taken any energy gels or anything like that. If I had a chance to try them before a race and they worked well I’d like to try sometime, but I haven’t yet. If you put some stuff like that in your drink you can only take in a small amount anyway, like 5 Kcal or 10 Kcal. Running is different from cycling, with a lot of bouncing. I don’t want to get a stomach problem because of that so I don’t really feel right about using them. All I do is carbo loading beforehand. I eat a lot, and I focus on carbs for the three days before a race. I don’t do carb depletion before that. I usually eat bread. It’s lighter and I keep eating it all the time. With rice you get too full and can’t eat anymore, like at most 600 Kcal. With bread I can eat more than that. Before Tokyo I bought all my bread at the Keio Plaza Hotel bakery. I was staying at the Hilton and desperately looking for a bakery there, but they didn’t have one. I had to go across the street to the Keio Plaza. (laughs)

Do you check your splits every km and try to conserve your eneregy?

No, just every 5 km. Well, maybe a quick glance each km. I aim for 3:00 / km, but not really precisely. I only check whether the first digit in the seconds is a zero and how I need to adjust in the next part. I aim for 3 min a km, but I know the world we’re living in now is one where even that isn’t fast enough. (laughs) For the first part there’s always a pack, so you don’t really need to be up front. If you’re up front you’re using up energy, especially mental energy. If you’re at the back of the pack you just ride along while the people up front do the work and you can borrow other people’s energy. That way the pack transports you to 30 km and it’s easier.

What part of the pack in most comfortable?

Running all the way on the right side is the best position for me. Being in the exact middle is a bit scary, and I don’t like being too far back either.

If you’re still in a pack at 35 km, what is usually going on?

I try not to give off the impression that I’m working hard to the other runners around me. I try to show, “Hey, I’m running easier than you are! You’d better not try to challenge me!” Everybody has a hard time after 35 km, but when you feel that the people around you are running more easily than you it puts you into a passive, defensive position. Usually I try to give off signals that I’m relaxed, not in an obvious way but in subtle things like not breathing too hard.

You said earlier that rhythm is very important. Can you tell when other athletes are running in a good rhythm?

Yes, I can tell. When I look around the pack I can see who has got a good rhythm, who is looking bad, even who is running at a rhythm I can sync with. I try to look for that kind of person, someone who has a rhythm I can borrow, and run with them. Even when their build is totally different you can sometimes find someone with the same overall rhythm. Well-built Kenyans or Africans are usually right for me, not the tall, skinny ones. The pacemaker Zebedayo Bayo from Tanzania, had perfect rhythm for me in Tokyo, so thank you, Mr. Bayo. (laughs)

If you ran Tokyo again, how do you think you would approach it?

I think this is a fast course, so I’d like to go with a high pace. Last year I was entered in Tokyo too but I wasn’t feeling right at the training camp beforehand so I didn’t run.

In terms of overseas races, you ran the Berlin World Championships and Chicago. Why did you decide to run Chicago? Was that your own choice?

I was the alternate for the Beijing Olympics, so I was training to be ready for that but in the end I didn’t get called up. I wanted to race somewhere since I’d done the training, so I picked the high-level marathons with the closest dates to Beijing, Berlin and Chicago. Geb had already announced that he was doing for the world record in Berlin so I thought, “That’s not for me this time!” (laughs) So I picked Chicago. Before Chicago I read on JRN that I was going to run there and that people should watch out for me. When I ran badly I felt kind of embarrassed because there was more attention on me. It was nearly 30 degrees. I’m always unlucky with heat. The World Championships and Biwako were 18 degrees at the start and got hotter. Almost every time it’s been a spike in the temperatures on race day, where the day before wasn’t so hot.

Are you better in cold weather?

Yes, I prefer cold weather races. I was very lucky with the weather at Tokyo in 2008. There’s a lot of luck with the conditions in the marathon. 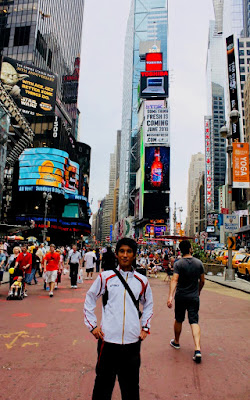 Do you have any other overseas races in mind?

Haven’t you already gotten an invitation from them?

Well, probably if I said I wanted to go they would invite me, but it conflicts with the New Year Ekiden qualifier.

If your team gets seeded then are you free to run?

They got rid of the seedings, so you have to run the qualifier every year now. It’s very difficult as a jitsugyodan runner to run New York, but I would really like to do it. I don’t have any plans, but I wouldn’t mind doing a spring marathon after Tokyo. European races are all getting really fast, but I’d still like to go after one of the top races like London too. I’m not sure if I could get through a race that goes out on 2:04 or 2:05 pace but I’d like to try. No, I would get through it. I wouldn’t go there to crash and burn.

I’d like to do more marathons, like four a year. If I ran a 2:12 or something in one it might be a conditioning run for another faster marathon. Takeyuki Nakayama did that, like running around 2:05 for 40 km in practice. If he’d continued it might have been a 2:12, but he never did that kind of workout with a real race. When I talked to Takeshi Soh once he brought up Nakayama’s peaking. He said Nakayama was a great runner, but at the same time said Nakayama wasn’t very good at focusing and peaking. I thought it was funny to see that Soh still has a feeling of rivalry towards Nakayama after all these years. It showed that even someone like him has a human side.

Toshinari Takaoka went out at world record pace in Chicago in 2002 when he set the national record of 2:06:16. Do you think a 2:05 is realistic for you?

The fourth part of JRN's interview with Fujiwara is an exclusive post-race interview the day after his 2nd-place finish at the 2010 Tokyo Marathon.