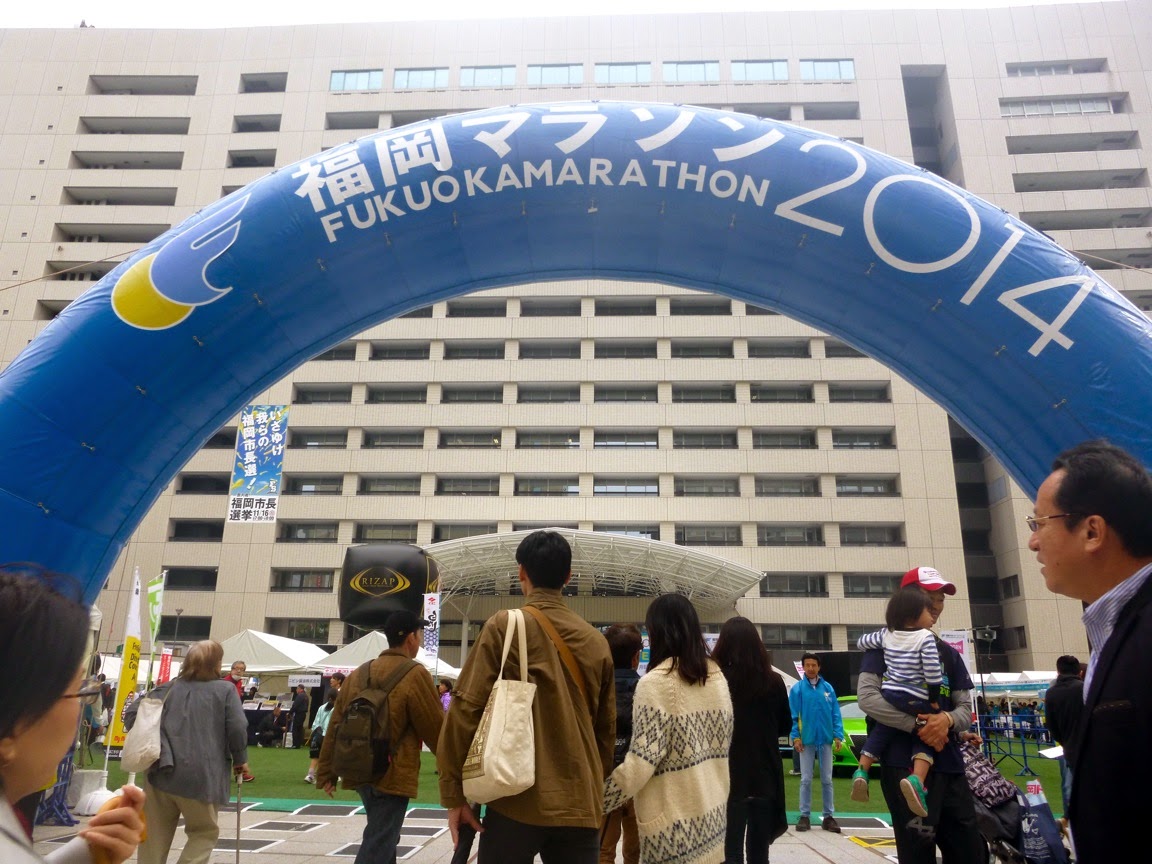 The first running of the Fukuoka Marathon took place Nov. 9 on a course from downtown Fukuoka to Itoshima.  A total of 12,156 people took part in the full marathon and the 5.2 km fun run and wheelchair divisions, soaking up enthusiastic cheering from local residents as the course passed through towns and along the seafront.

The full marathon featured 11,173 participants including 7929 men and 2244 women.  Rain that began falling the night of the 8th lifted just before the 8:18 wheelchair start and 8:20 marathon and fun run start from Tenjin Crossing outside Tenjin Station in Fukuoka.  Light rain fell occasionally during the race, but with a high temperature of 18.4 degrees conditions throughout the day were comfortable for a marathon.  9898 runners, 7754 men and 2144 women, reached the finish line near Itoshima City Hall, a finish rate of 97.3%.

According to race officials, five runners were transported by ambulance for hypothermia and vomiting, but in all cases, "The runners' symptoms were not severe."  Many of the cases came from the long waiting line for the shuttle busses to JR Chikuzen Maebaru Station, an issue that will need to be worked out for next year's race.

Race officials summed up the race positively, saying, "We are relieved that the first running went off successfully.  This event could not have happened without our sponsoring companies and regional organizations, our volunteers, and all the people who participated in the race.  We want to resolve what problems we did encounter to make an even better event in the future."