Along with the Lake Biwa Mainichi Marathon, the National University Half Marathon Championships and other domestic action, this weekend, one overseas features noteworthy elite Japanese athletes. In pursuit of an IAAF bronze label and the goal of becoming one of Asia’s premier spring marathons the New Taipei City Wanjinshi International Marathon has expanded its international field this year to include runners from nine countries, among them independents Sho Matsumoto and Yuri Yoshizumi, both running with support from JRN, and corporate league runner Shoko Shimizu (Team Aichi Denki).  A surprise addition to the field is Hokkaido Marathon course record holder Kiyoko Shimahara (Second Wind AC), appearing via race sponsor Mizuno.

Three men in the field have bests under 2:09, Gudisa Shentema (Ethiopia), Hassane Ahouchar (Morocco) and Paul Kosgei (Kenya), but with none of them having approached that level in the last three years the favorite is likely David Kiprono (Kenya) with a 2:12:53 best from the 2012 Debno Marathon. Close behind is Matsumoto in 2:13:38 at last year’s Nobeoka Nishi Nippon Marathon. Matsumoto hopes to break 2:13 for the first time, a time that should put him in contention for the win, but given the overall level of the field and the race organizers’ ambitions there's no doubt the modest 2:19:13 course record is up for serious revision no matter what happens. 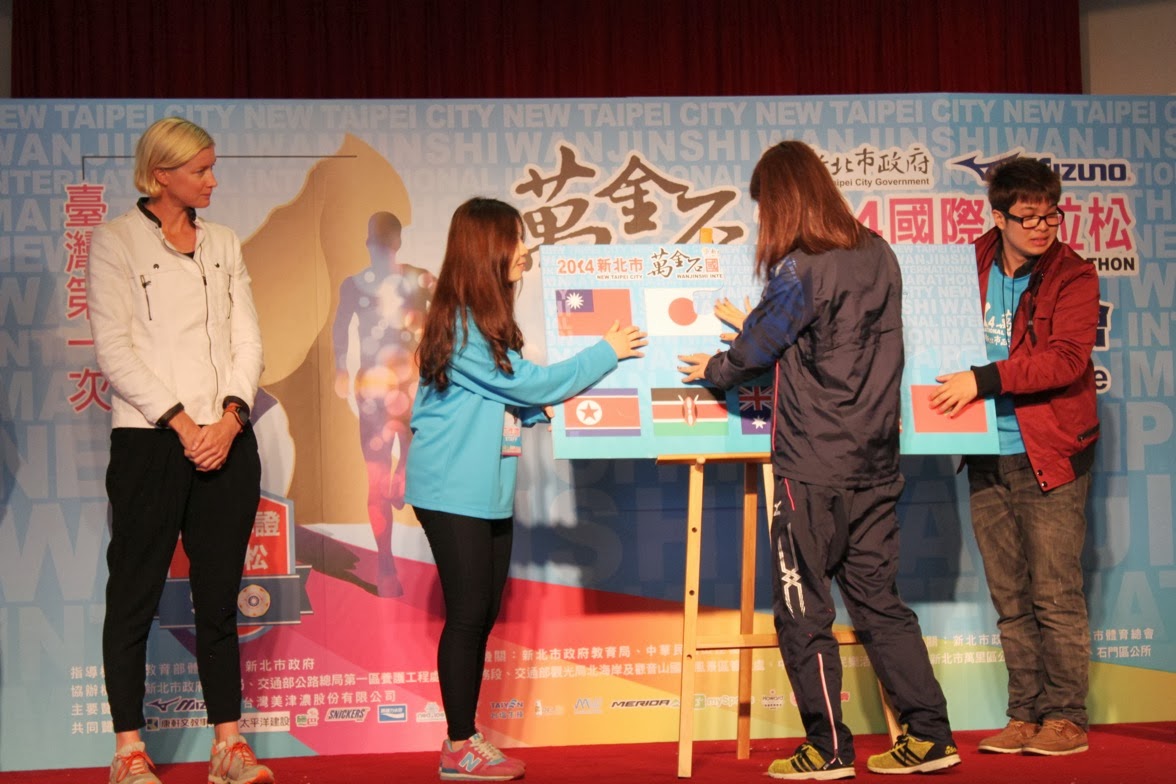 Likewise in the women’s race, where the entire field of nine elites is well under the 2:38:18 course record set last year. It looks like a very close-matched race between top three Tigisit Abidi Sheni (Ethiopia), Jeannette Faber (U.S.A.) and Shimizu, all of whom have run 2:32 within the last year and a half. Yoshizumi, the 2012 Hokkaido Marathon winner and a pure amateur who has said she hopes to become the Yuki Kawauchi of Japanese women’s marathoning, has the softest PB in the field but hopes for a breakthrough performance in her first major race of 2014.  Shimahara is returning from giving birth in 2012 and hopes to use New Taipei as a gauge of her progress.