A month earlier than usual due to March's World Half Marathon Championships in Copenhagen, Denmark, this year's 42nd running of the National Corporate Half Marathon and 10 km Championships was fast all around, with PB times from virtually everyone in the top in all three divisions.  The men's and women's half marathons played out with very similar plot lines. 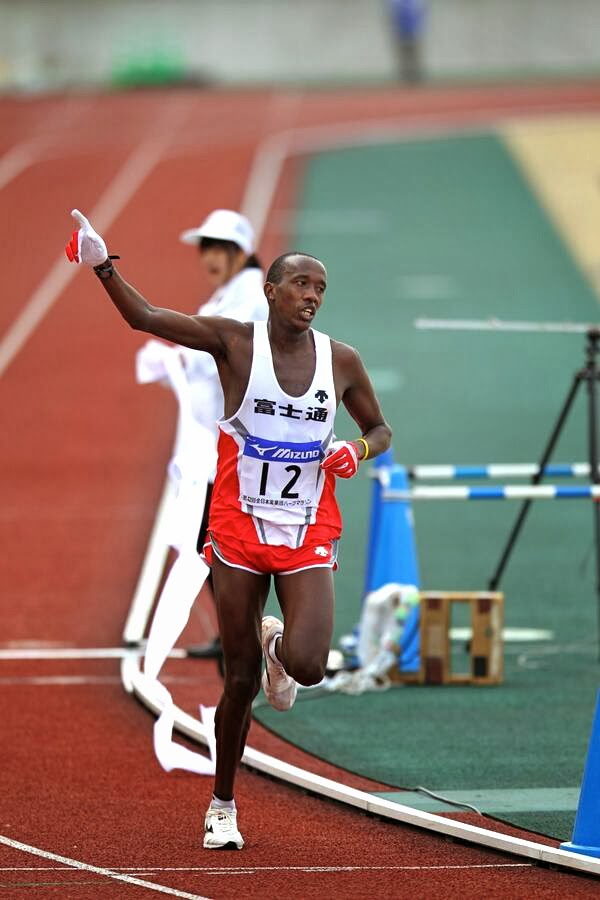 In the men's race, Aoyama Gakuin University graduate Ryotaro Otani (Team Toyota Boshoku), running in a plain yellow Adidas sleeveless T-shirt and matching shorts and shoes after forgetting his kit bag at home, took the race out near 61-flat pace, frontrunning through 5 km before Kenyans Daniel Gitau (Team Fujitsu) and Jacob Wanjuki (Team Aichi Seiko) and 2014 New Year Ekiden national chmpion team Konica Minolta member Masato Kikuchi took over.  Gitau was quick to press ahead, opening a 25-second lead by 10 km with his teammate and 2013 national 5000 m champion Sota Hoshi (Team Fujitsu) tucking in behind Wanjuki and Kikuchi to form a chase trio.  Rounding the halfway mark Kikuchi, who ran a PB 1:01:50 two weeks ago in Marugame, picked it up to shake off sub-61 man Wanjuki, Hoshi holding tight behind him and looking calm.  The pair incrementally closed on Gitau but were too far back to catch him. 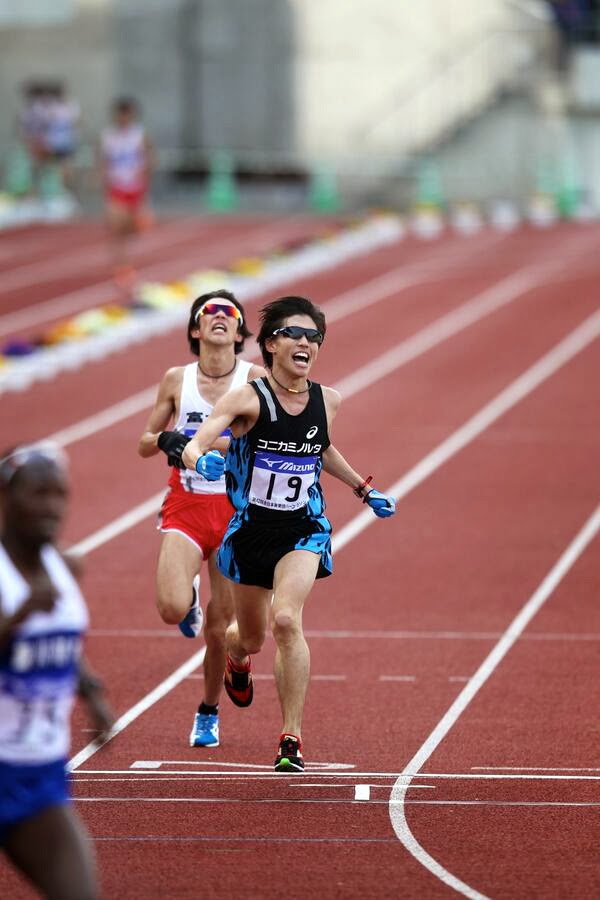 Gitau crossed the finish line in 1:00:59, six seconds shy of the 1:00:53 course record set last year by Chihiro Miyawaki (Team Toyota) but a narrow PB. Kikuchi and Hoshi came onto the track together, and in the home straight Hoshi tried to use the same kick that won him the 5000 m national title last summer to get by Kikuchi, but Kikuchi's superior experience over longer distances played in his favor and he got there first in another PB of 1:01:17, Hoshi just behind in a PB 1:01:18.  Both just missed making the all-time Japanese top ten by 2~3 seconds but had the consolation of almost certainly being named to the Copenhagen team.  The top eight all broke 62 minutes, six of them Japanese and all but Wanjuki and Hoshi's former Komazawa University teammate Takuya Fukatsu (Team Asahi Kasei) running PBs. 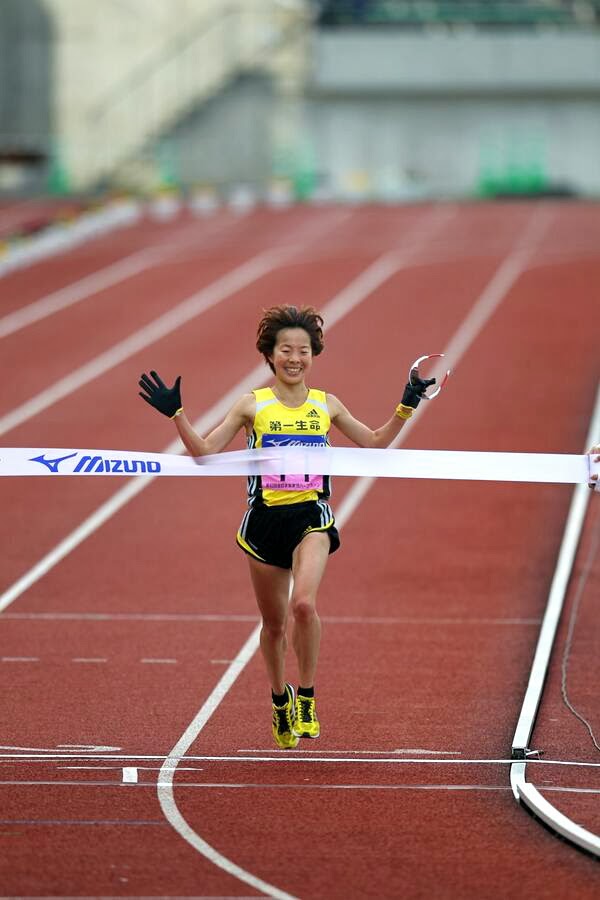 The women's half marathon started off with rising star Misaki Kato (Team Kyudenko), a contender for the win after a sub-71 debut at last fall's Great North Run and a very strong season ever since, leading through a relatively conservative opening 5 km before 2012 national corporate champion Tomomi Tanaka (Team Daiichi Seimei) grew impatient and picked up her pace almost 10 seconds a kilometer.  Only a handful went with her, and as Tanaka, in training for a marathon debut next month in Nagoya, sustained the higher intensity the only one to stay there was former Ritsumeikan University star Risa Takenaka (Team Shiseido) in her half marathon debut. Running mid-69 pace Takenaka lasted almost another 10 km before losing touch with the relentless Tanaka, who pushed on ahead alone and made it look easy as she took a second national corporate title in a PB 1:09:24. Takenaka held on to 2nd in 1:10:10, one of the better Japanese debuts in recent year, to give her a solid chance of joining Kikuchi and Hoshi at the World Half.  Chieko Kido (Canon AC Kyushu) took 3rd in a photo finish with Rina Yamazaki (Team Panasonic) after closing on her in the home straight, both timed at 1:10:45.

Road 10 km collegiate national record holder Kasumi Nishihara (Team Yamada Denki) won the women's 10 km, shaking off teammate Yuika Mori, Daegu World Championships marathoner Mai Ito (Team Otsuka Seiyaku) and others for the win in a course record 32:27, just a second off her record.  Post-race Nishihara tweeted, "I won!  I guess it was a course record, but the time wasn't really all that much, there were a few little things that happened, and I finished without a really satisfactory kick, so.....But but but, a win's a win!  Thanks!"