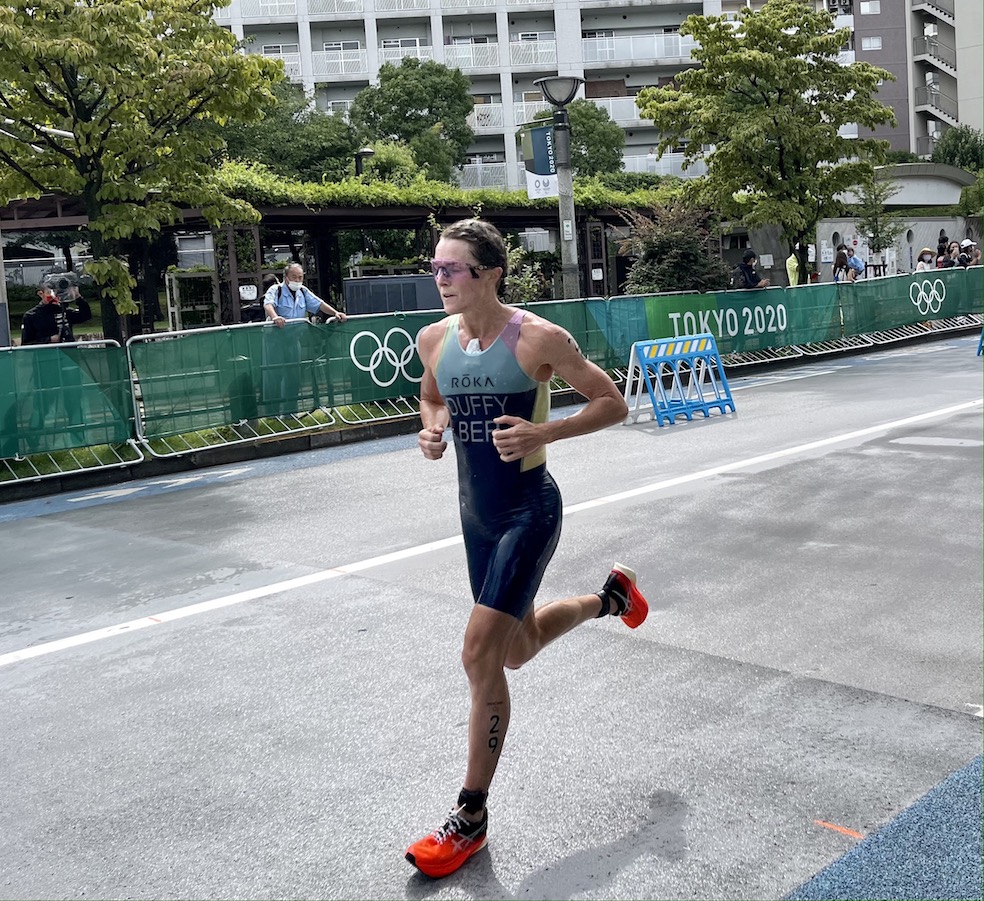 In contrast to hot and sunny conditions at yesterday's men's triathlon, the Tokyo Olympics women's triathlon went off Tuesday morning as the southern edge of a passing typhoon skirted the Tokyo area. Great Britain's Jessica Learmonth led an initial breakaway group of seven through the swim and was in it through the bike. American Katie Zaferes took over the front group shook down to just her, Learmonth, German Laura Lindemann and Bermuda's Flora Duffy. 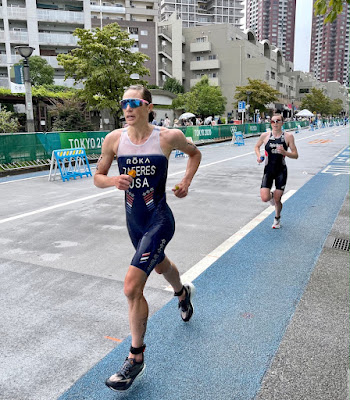 Duffy hammered the run, covering it in 33:00 and opening a lead of over a minute to take gold in 1:55:36, the first Olympic triathlon medal female or male for Bermuda. Zaferes dropped the others in the front group to move into 2nd, but on the third lap she was caught by Great Britain's Georgia Taylor-Brown, one of the people to have dropped back from the leaders on the bike. On the final lap Taylor-Brown broke away from Zaferes to take silver in 1:56:50. Zaferes held on to bronze in 1:57:03. 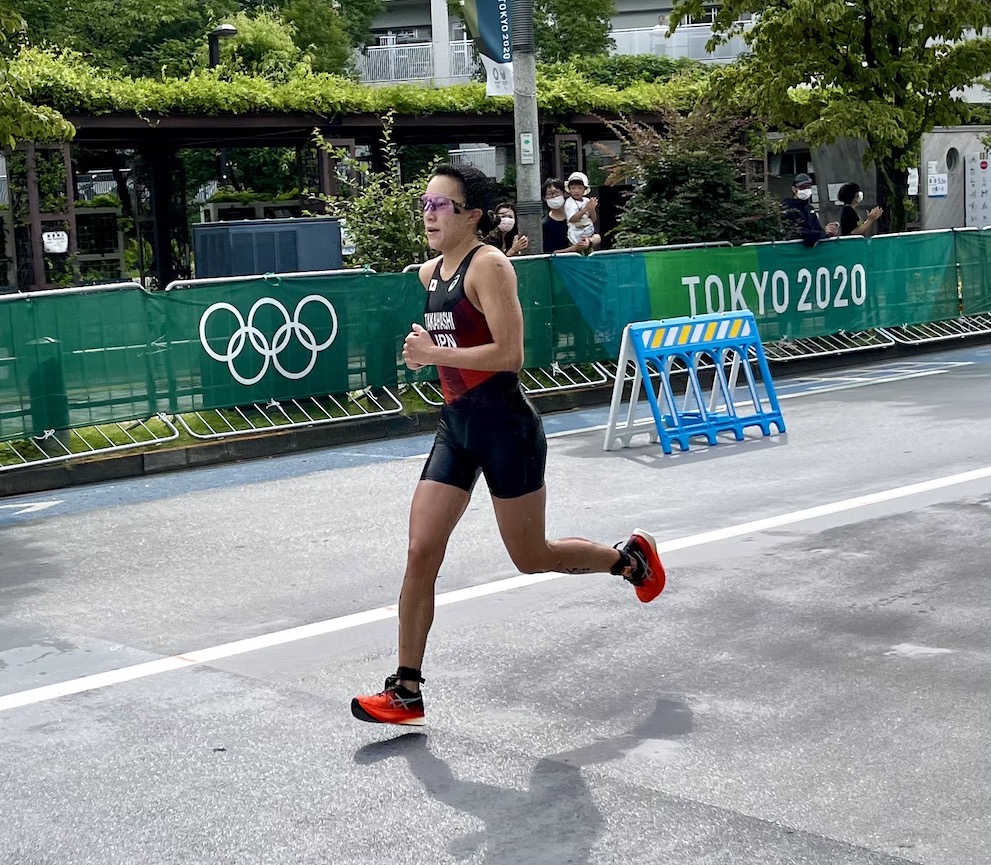 Japan's Niina Kishimoto was one of the first casualties in the race, reportedly crashing 1.5 km into the bike and dropping out of the race. Yuko Takahashi rode well, coming out of the swim near the front of the second group and starting the run in 8th. But on the run she struggled to stay with the others in the group, slipping steadily back through the field. In the end she was 18th, three places down from the top Japanese position at the Rio Olympics, Yuka Sato's 15th place finish.