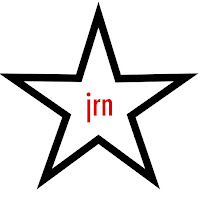 On the second day of track and field at the Tokyo Olympic Games, joint national record holder in the 100 m hurdles Asuka Terada became the first Japanese woman since 2000 to make an Olympic semifinal, running just 0.08 off her NR. Running in the fifth heat, Terada had a good start and hung on to clock 12.95 (+0.3), the fastest among time qualifiers. Her NR co-holder Masami Aoki and veteran Ayako Kimura both failed to move on, Aoki finishing 7th in the third heat and Kimura 7th in the opening heat.
In the men's pole vault, neither Seito Yamamoto nor Masaki Ejima advanced out of the qualification round. Both cleared only 5.30 m to finish near the bottom of the field.
In the evening session, Yuki Hashioka had a great showing in the men's long jump qualification round, winning his group with a jump of 8.17 m, third-best in the field overall and one of only three athletes to hit the auto-qualifying standard. National record holder Shotaro Shiroyama and third man Hibiki Tsuha both came up short of qualifying, Shiroyama jumping only 7.70 m and Tsuha 7.61 m with 7.96 m the dividing line.
Men's 100 m national record holder Ryota Yamagata also came up short, finishing 4th in his heat in 10.15 just 0.03 seconds shy of making the semi-final on time. Yuki Koike and national champion Shuhei Tada both clocked 10.22 in their heats, Koike finishing 4th in his heat and Tada 6th in his. A disappointing blow for Japanese fans, whose support will now turn to the 4x100 m relay where they hope to see all three runners mirror Japan's relay success at other recent Olympics and World Championships.
© 2021 Mika Tokairin, all rights reserved