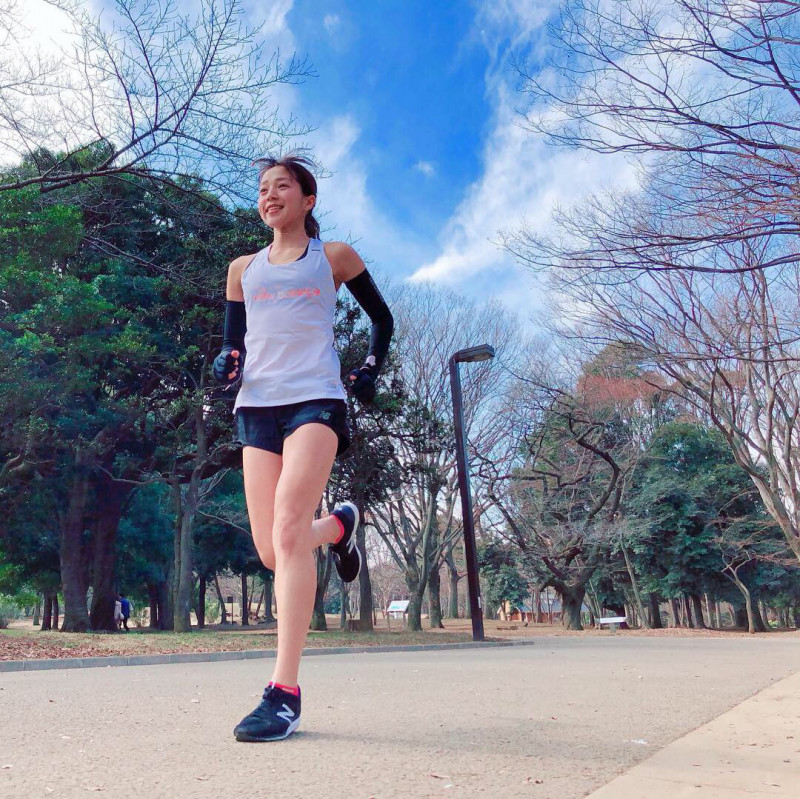 Risa Suzuki is an author, model, training instructor and runner with a sub-2:40 marathon best and a win at the 2016 Mito Komon Manyu Marathon. She wrote on her blog about feeling positive in the current situation.

I've been off running since the end of January. The reason is something I'll write about later...it's really frustrating. When I can't run like right now, I always think the people doing hard training are amazing. More and more races this fall are getting canceled because of the coronavirus. Everybody's different, but it's got to be really hard for naturally super-competitive people to stay motivated. It's probably a bit depressing for them that they're used to doing intervals and other workouts together but now can't do any training in groups. That might not be true for everyone. In my case I'd be happy just to jog.

Tracks are mostly closed now, and in the area where I live there are a lot more people out these days going for a walk and running. It must be pretty hard to pay attention and be careful about when and where to go out. If you're still doing high-intensity training, if it isn't as fast or not as good as planned I don't think you should hold it against yourself. I think it's OK to tell yourself that you're doing OK just trying to get in those workouts.

Even if you can't clear the bar you've set or give yourself a ten, right now I think that's good enough. If you do zero then it's going to end up at zero or even negative. But if you put in a five now, in six months you're going to get it back with a lot of interest. Instead of getting down and saying, "This was all I could do. That sucked," you should look at what you've done positively and tell yourself, "I got it done! I'm awesome!" You're going to feel a lot better that way.

I'm planning to get back into full-on training in July. I'm going to start back in with some jogging and pressure training to regain body and muscle strength. I hope we're all back to full speed soon!