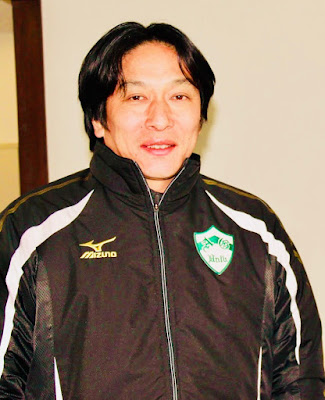 Right after Hakone this year, men's marathon national record holder Suguru Osako, a Hakone star during his years at Waseda University, tweeted, "Even if we won Hakone, there was not a cent of return for the athletes." With viewership ratings of 27.5% for its first day on Jan. 2 and 28.6% for its second day on Jan. 3, as a broadcast product the Hakone Ekiden is a titan. With regard to the distribution of funds from broadcast rights coach Hara said, "Whether you win or come last, the amount doesn't change. It was 500,000 yen [~$4,650 USD] per university in the form of funds to support training. At a certain time that became 2,000,000 yen [~$18,600 USD]. This year we got 3,000,000 yen [~$27,900 USD].

The show's host Ryuichi Kosugi, 46, threw out, "There's a lot more money than that being made, right?" Coach Hara laughed as he answered, "They have a financial report. By all means, feel free to put in a request to see it." Asked whether 3,000,000 yen was enough to cover the AGU ekiden team's operating costs for the year Hara replied, "No, I don't think it's enough. On average the universities that compete at the Hakone Ekiden have about 60 members. That works out to 50,000 yen [~$465 USD] apiece. We work the entire year preparing for Hakone, of which about 60 days are spent at training camps. One night's stay with three meals costs about 7000 yen [~$65 USD] at the absolute cheapest places. Add in transportation, shoes, physio, nutrition. Even excluding academic costs I think that's going to be at least 1,000,000 yen [~$9,300 USD] per person.

Coach Toriuchi said the situation was much the same in football. "We're in the red for sure," he said. Together with coach Hara, the two of them briefly pulled back the curtain on the often-ignored goings on in the back kitchen of collegiate sports.