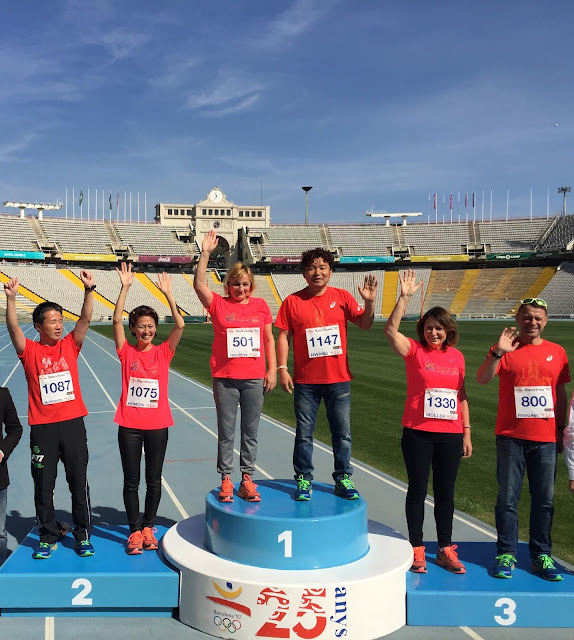 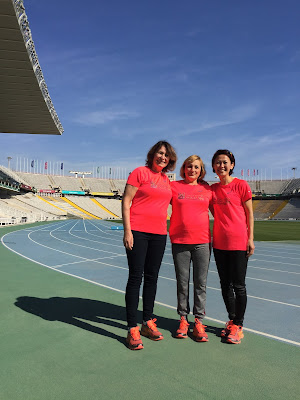 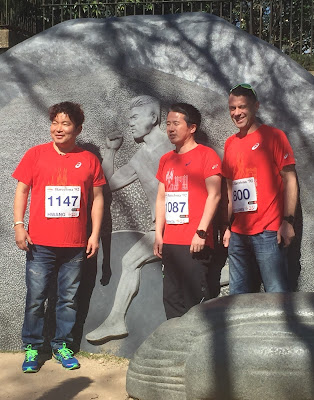 Gold medalist Hwang, silver medalist Morishita and bronze medalist Freigang at the Hwang monument in front of the Olympic Stadium. 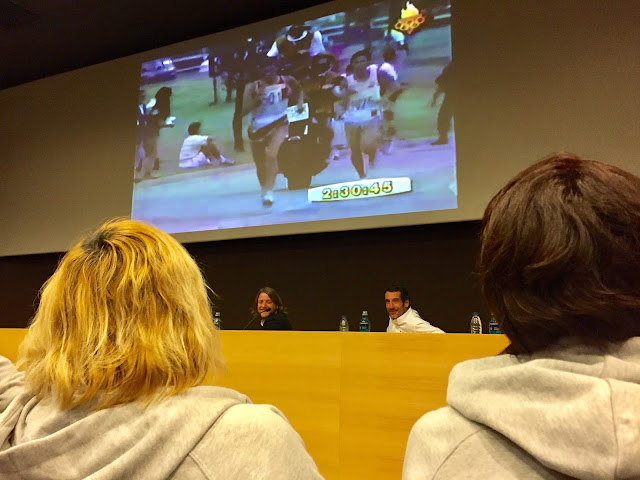 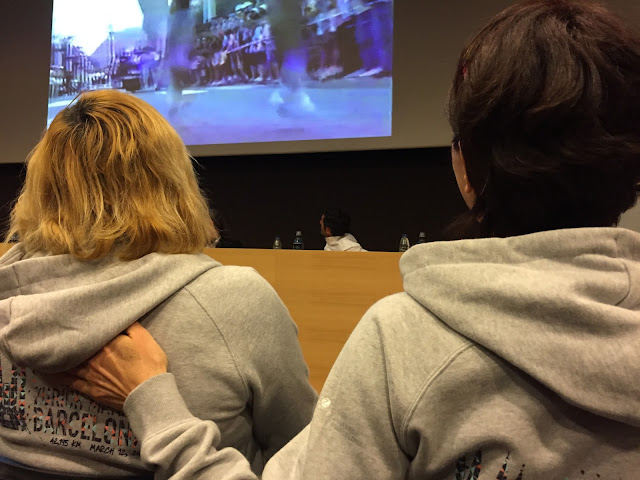 Yegorova and Arimori watch themselves battle to gold and silver 25 years removed. 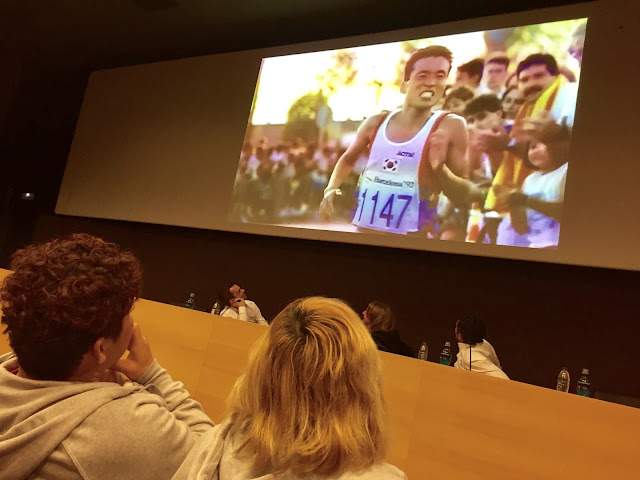 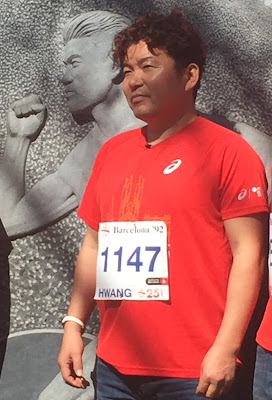 Hwang reflects on becoming one of his country's legends. 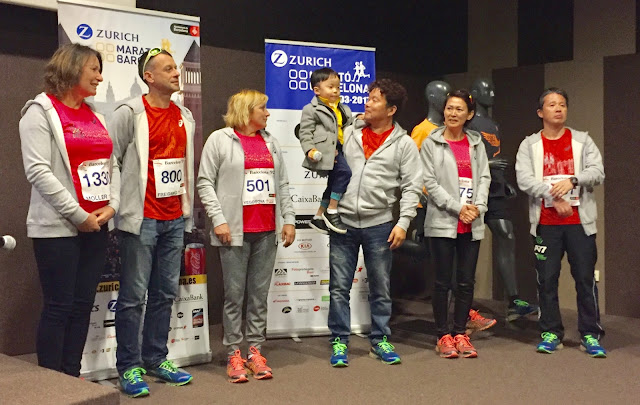 The six medalists reunited, Hwang with son Yuchan. All six will run Saturday's Breakfast Run over the final 4 km of the 1992 Barcelona Olympics marathon course, the climb up Montjuic. Freigang is the only one of the six who will also run Sunday's Zurich Barcelona Marathon. 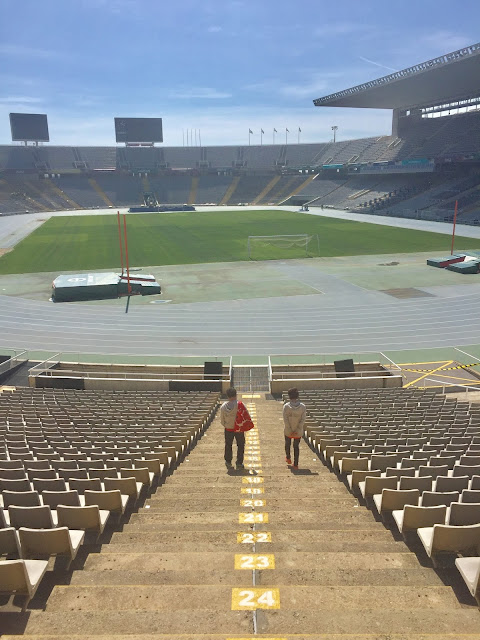 And now you know the difference between Western women and Japanese women as they age.
March 10, 2017 at 9:53 PM