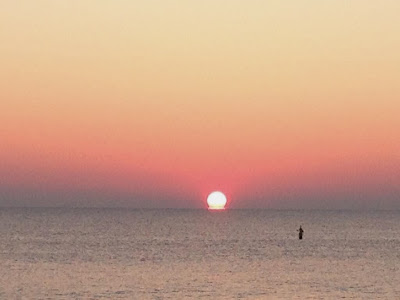 For the second year in a row Konica Minolta came out on top of the corporate men’s circuit, winning the 58th running of the seven-stage, 100 km New Year Ekiden national championships in Maebashi, Gunma by a margin of nearly a minute and a half over last year’s runner-up Toyota Kyushu and by more than three minutes over 2012 national champion and course record holder Nissin Shokuhin.

Things started slowly for Konica Minolta as 5000 m and 30 km national record holder Takayuki Matsumiya, winner of last year’s anchor stage, was only 15th on the 12.3 km opening leg and 17 seconds back from stage winner Tomoya Onishi (Team Asahi Kasei), who led start to finish except for brief challenge late in the stage by Ryo Kiname (Team Mitsubishi Juko Nagasaki). Kenyan ringer Paul Kuira craftily moved Konica Minolta up to 3rd behind leaders Edward Waweru (Team NTN) and Leonard Barsoton (Team Nissin Shokuhin) with the third-fastest time on the 8.3 km Second Stage, 22:23, with Waweru taking stage best honors again this year in 22:15. Bedan Karoki (DeNA RC) made a flashy New Year Ekiden debut further back, running 22:20 to move the new DeNA team up from 33rd to 7th and set a New Year Ekiden passing record of 26 places.  Former Waseda University A-lister Yuki Yagi, now running for the all-Japanese Asahi Kasei team, had the dubious distinction of breaking the fastest time ever by a Japanese runner on the Second Stage by two seconds, running 23:20.

Picking up Baroston’s momentum, former Saku Chosei H.S. and Tokai University star Akinobu Murasawa (Team Nissin Shokuhin) easily took the lead on the 13.6 km Third Stage, while Konica Minolta’s Tomohiro Tanigawa was only 15th on stage time to drop from 3rd to 5th place. In his stead, Fujitsu and Asahi Kasei moved up to 2nd and 3rd after a great duel between 2013 5000 m national champion Sota Hoshi (Team Fujitsu) and former collegiate 10000 m national record holder Tetsuya Yoroizaka (Team Asahi Kasei) in a replay of their photo finish from the National Championships 5000 m. Hoshi finished the stage ahead, but this time it was Yoroizaka who got the win on stage time, 38:42 to Hoshi’s 38:46. Behind them, like his former teammate Karoki 5000 m university national record holder Kensuke Takezawa (Team Sumitomo Denko) was good in his New Year Ekiden debut as he moved from 24th to 13th in the fifth-best time on the stage.

Heading into the 22.0 km Fourth Stage, the New Year Ekiden’s longest and the home of most of the country’s best corporate men, Nissin Shokuhin looked to have it sewn up with 10000 m national champion Yuki Sato lined up to run, but a recent minor injury got in the way. Sato ran on course record pace through 16 km, steadily widening his lead all the way, until his left leg seized up just before 16.5 km and he was forced to stop to work the problem out. He started running again and his situation gradually improved, but with the time lost during the stop and his slower pace over the last 5 km the competition was bearing down on him.

That competition came in the form of perpetual rivals Tsuyoshi Ugachi (Team Konica Minolta) and, from farther back, Chihiro Miyawaki (Team Toyota). After catching Ugachi, Miyawaki dealt him a series of surges that lasted until the last km. Each time Ugachi fought back and countered, but as Sato drew closer Miyawaki pulled away to come within 13 seconds of the lead. Stage record holder Masato Imai (Team Toyota Kyushu) was almost as fast as Miyawaki, moving his team up from 17th to 5th to put the 2013 runner-up team into position to contend. Back at the handoff, Japan’s fastest marathoner of 2013, Kazuhiro Maeda (Team Kyudenko) suffered an embarrassing mishap when he dropped the tasuki from incoming man Kazuharu Takai and then fell when he stopped and went back to get it.

On the 15.8 km Fifth Stage Muryo Takase (Team Nissin Shokuhin), who won it in 2012, was quickly joined by Minato Oishi (Team Toyota) and, not long afterward, by Takuya Noguchi (Team Konica Minolta) to make it a three-way race up front. Noguchi hit the difficult stage’s uphill to drop Takase before getting away from Oishi in the final 5 km to put Konica Minolta into a permanent lead.  2011 Fifth stage winner Yuki Oshikawa (Team Toyota Kyushu) and Rui Yonezawa (Team Chugoku Denryoku) ran the next two fastest times on the stage to pick up places and advance their teams to 4th and 6th in the overall running order.

As last year’s Sixth Stage winner Ryotaro Nitta (Team Konica Minolta) again laid down a stage win running solo up front, the second-to-last stage saw turnover in the top three. Toyota’s Kenta Matsumoto struggled after challenging Nitta for the lead and dropped from 2nd to 4th, while Toyota Kyushu’s young Kaoru Hirosue ran down both Matsumoto and the injured Satoru Kitamura (Team Nissin Shokuhin) to move up to 2nd a minute and a half behind Nitta, setting up anchor Ryuji Watanabe to try for an improvement on last year’s 2nd place finish. At the rear of the field, Hirotaka Ono, running for Nanyo City Hall in the team’s first-ever New Year Ekiden appearance, got screen time and enthusiastic cheers when he barely cleared the time cutoff for the handoff to sixth man Ataru Otani, passing the tasuki with three seconds to spare before the humiliation of a white sash start.

Pre-race Toyota Kyushu’s Watanabe, undefeated in four road races since September’s Great North Run half marathon, told JRN that he was confident of winning the anchor stage and getting Toyota Kyushu the win. He did what he could, adding another win to his record with a 47:26 stage best for the 15.5 km Seventh Stage, but unluckily for him leader Masato Kikuchi (Team Konica Minolta) was next on stage time, just 11 seconds slower in 47:37 to give Konica Minolta its second-straight national title and consign Toyota Kyushu to 2nd again.

Nissin Shokuhin anchor Hiroyuki Ono couldn’t match Watanabe’s pace and fell almost two minutes behind but had enough margin not to be in danger of losing his 3rd place position. Behind him, though, things heated up when former Aoyama Gakuin University captain Takehiro Deki (Team Chugoku Denryoku), Moscow World Championships marathoner Masakazu Fujiwara (Team Honda) and others caught up to 4th-place Takeshi Kumamoto (Team Toyota) to make it a five-way sprint finish for 4th. Kazuya Deguchi (Team Asahi Kasei) prevailed, just holding off Deki by a stride as all five men in the group finished within five seconds of each other. Fujiwara was the unlucky one, losing out in the kick and finishing 8th. Two minutes back, Subaru’s Yuya Shiokawa held off Shuji Yoshikawa of Kyushu region winner Team Kyudenko, the pair together rounding out the top ten.

With a second national title to its name and the first under new head coach Daisuke Isomatsu Konica Minolta is bound to remain in the news as Ugachi makes his marathon debut in Dubai in just over three weeks. Having almost exactly matched Ugachi over 10000 m, half marathon and 30 km over the last two years, Toyota’s Miyawaki is not to be outdone as he plans an early marathon debut at age 22 at February’s Tokyo Marathon, and after a fifth-straight win on the roads add Toyota Kyushu’s Watanabe to the list of people to watch. With momentum behind them and added motivation thanks to a growing challenge from independents, Japan’s corporate men can look forward to more progress in 2014.

TokyoRacer said…
Yes, Karoki had an impressive run. The camera was on him most of the time, because he was passing so many runners, and he was just blasting along, passing the Japanese like they were standing still and the other Africans with ease (and the leg was loaded with Kenyan talent). But who is this guy Waweru? It was amazing that he had a faster time than Karoki, despite the fact that Karoki had people ahead to aim for the whole way, while Waweru was running in first by himself.
Waweru's km average was 2:41 - 13:24 5k pace for 8.3k.
January 1, 2014 at 9:13 PM