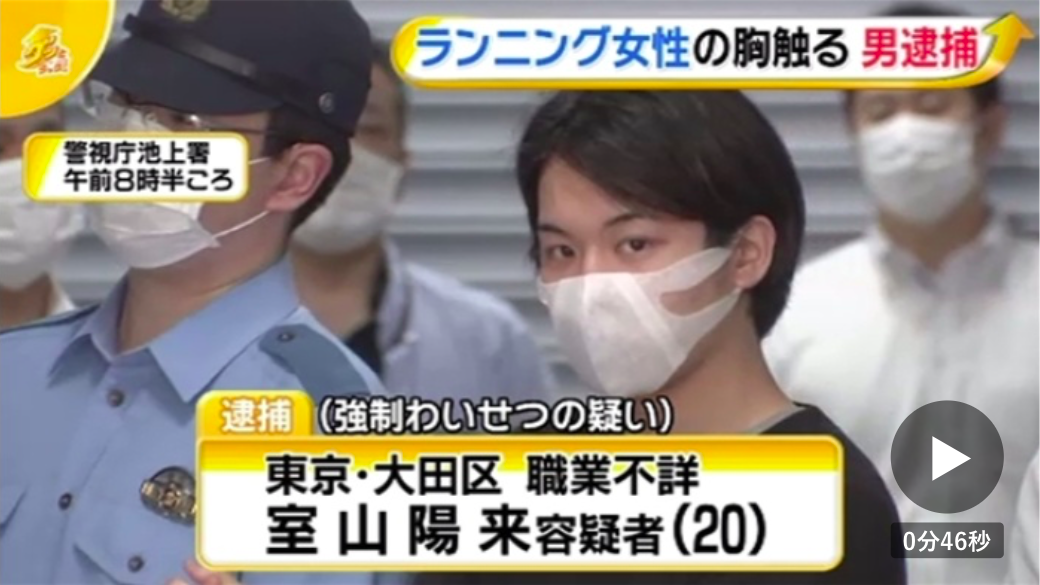 A 20-year-old man has been arrested on charges of sexually assaulting a female runner along the banks of the Tama River in Ota Ward, Tokyo. "I've been stuck at home because of the coronavirus, so I wanted to go for a walk and move my body a bit," the man told police.

Local resident Hirai Muroyama, 20, of no known occupation, was arrested on charges of sexual assault. He is accused of acts including grabbing the breasts of a woman in her 20s at around 10 p.m. on May 31 along the banks of the Tama River. According to police, the woman was taking a break in her run when Muroyama approached her silently from behind and grabbed her breasts before running away.

Under police interrogation Muroyama told investigators, "I've been stuck at home because of the coronavirus, so I wanted to go out for a walk and move my body. I'd had a few drinks and was feeling pretty hype. She was totally my type."