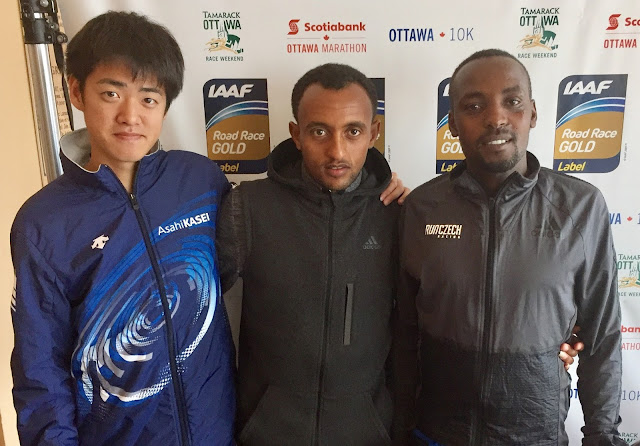 Murayama, 5th in March's NYC Half in 1:00:57, said that he planned to play an active role in the race and hoped to even the score against Gebresilase, who beat him in both of their meetings on the track in Japan. Speaking to Japanese media prior to his departure for Ottawa, Murayama said that in terms of time he will be going for the 28:05 Japanese national record for road 10 km currently held by Atsushi Sato. If he succeeds he will join his twin brother Kota Murayama, holder of the track 10000 m national record of 27:29.69.

The Ottawa 10K will be streamed live starting at 6:00 p.m. Saturday evening. Check the Athletics Canada site and the Run Ottawa site for more information. Live results and athlete tracking are available here. Murayama appears in Ottawa with support from JRN.