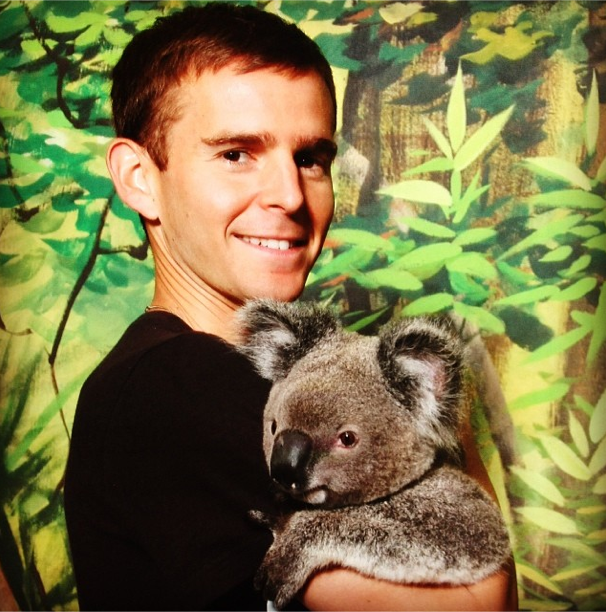 29-year-old Jeffrey Eggleston has been quietly rising up through the ranks of U.S. marathoning for the last few years since debuting in 2:14:32 at the 2010 Rock'n'Roll Arizona Marathon. A 2:12:03 at the 2012 Chicago Marathon got him onto the Moscow World Championships team, where he was the top-placing American at 13th overall. In April he was the third American at the Boston Marathon, running his fastest time to that point at 2:11:57. On July 6 he lined up at Australia’s Gold Coast Airport Marathon.

Running a race both smart and tough, he took his time working back into contact after the early move by Kenyan pacer Isaac Macharia Wanjohi and eventual winner Silah Limo that brought panic to the rest of the lead pack. At 30 km Eggleston was in 2nd on mid-2:08 pace, and with a gritty last 12 km he held on to that position as he ground out a 2:10:52 PB that made him the fastest American of the year and second-fastest since the London Olympics on an unaided course.

After the race Eggleston joined women’s 5th-place finisher Hiroko Yoshitomi, London Olympian Arata Fujiwara, Singapore half-marathon national record holder Mok Ying Ren, 2010 Hokkaido Marathon winner Cyrus Njui and others for steaks and ribs in Surfer’s Paradise. JRN talked to Eggleston about his run, his views on the state of American marathoning, and his goals for the next two years leading up to the Rio Olympics.

What were your expectations coming into Gold Coast?

I didn’t really know what to expect. It was only a short time after Boston, I’d been travelling a lot and my training hadn’t been great, but I think I had good residual fitness from my Boston training which had been excellent. I knew that the pacing at Gold Coast would be more reasonable than at one of the World Marathon Majors, so I thought that if I could get to 30 km at 2:09 pace it would bode well. With so many sub-2:10 guys in the field I had no expectations, so I just wanted to keep it low-key and if I was in a good position at 30 km and having a good one then I’d go for it. I had curiosity about what would happen more than anything else, because whichever way it goes that’s where you learn a lot, in the last 12 km. So, I just sat in back, keeping out of trouble but marking Yuki Kawauchi and Arata Fujiwara among others.

Despite that plan, you found yourself in 2nd at 30 km. 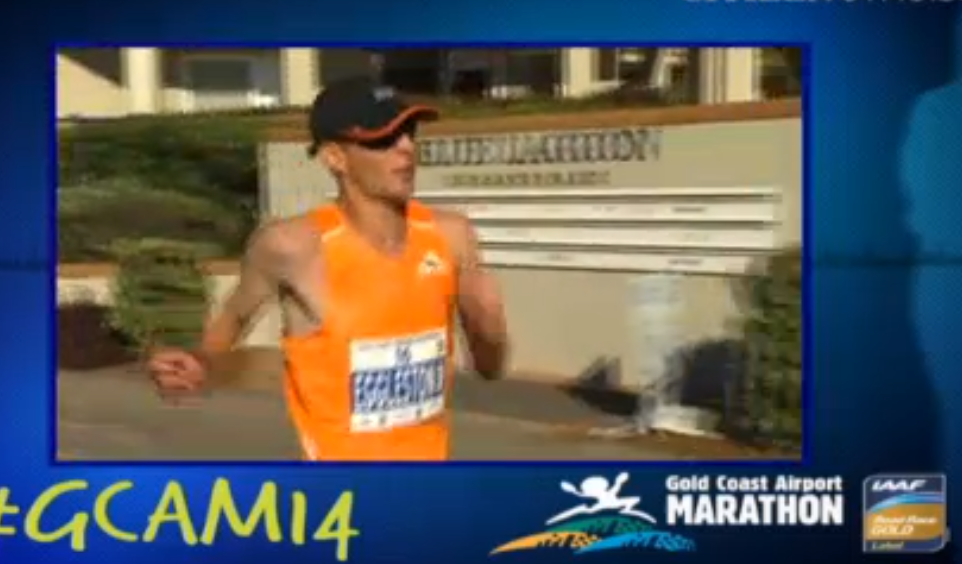 If the race had played out differently I could have been in 15th at 30 km with the same 1:31 split I ran and I might not have been inclined to push since I was ill-prepared. But I got really excited being up there. The course has a lot of straight sections so Silah Limo was still in sight for a long time. I was yo-yoing with Stephen Tum and Stephen Kibiwot for a few km but Tum was breathing heavily and Kibiwot was laboring, so I said, “Why not?” and kept pushing.

I was really worried the whole time about Kawauchi coming back. I have tremendous respect for him. Just after I went around the second turnaround with about 5 km to go I saw him coming up to it behind me going full-speed and that scared me into keeping it moving. I think that was what got me under 2:11. I’m really sorry Yuki fell. It had a very big effect on the race. It would have been faster and Limo’s move would have been different if he’d still been up there. With Yuki there it felt more like a joint effort to try to get Rob de Castella’s record and less like a competition. That changed when he was gone.

What did you see of the fall?

Around 18 or 19 km Sean Quigley, who was pacing, bumped a traffic cone when we were going around a roundabout. It moved, one of the Kenyans kicked it, and it went right into the middle of the pack in front of Yuki. He stepped on it or jumped to go around it or something and fell hard. I was behind him and could hear the sound of him hitting the pavement. It took him a while to get up. 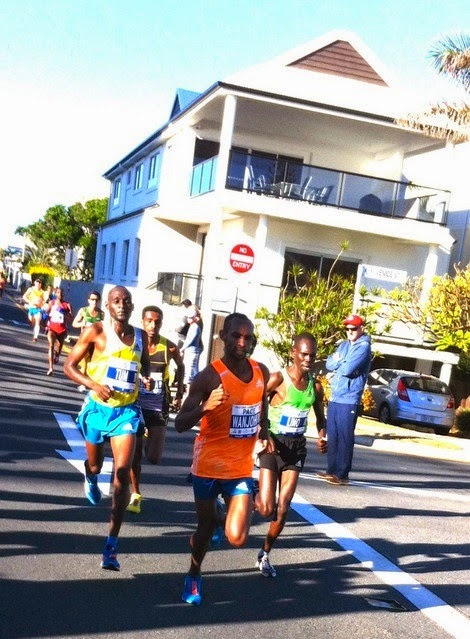 Isaac Macharia Wanjohi, the Kenyan pacer, looked back, and since we were going around a roundabout he could see that Kawauchi was down, and it seemed like he just pounced. The Kenyans took off with only Chiharu Takada covering them. Sean, who was supposed to pace to 25 km and was very much in control of the pace up to then, got dropped, and the pack broke up. It was a short surge, only about 4 minutes, and a few of us caught back up, but I don’t think it was right for a pacer to take off like that. Maybe I’m wrong in my interpretation, but Macharia was up front, I thought we were on pace, he looked back, then it suddenly got faster. Those are facts. After that when it came back together and a few of the Kenyans started lagging it slowed down. I went up next to Macharia and asked him to run the pace he was supposed to and he waved for me to go ahead, like “Do it yourself.” It felt like he was waiting for Tum. I’m not trying to badmouth him or get him in trouble, I just wanted what was advertised for pacing. The way it went was unfair. Legal, maybe, but unsportsmanlike.

I felt like I had something in the 2:10 range in me. This was the kind of time I had wanted to run in the spring. I don’t want to pat myself on the back but I think it was brave to go out at 2:08 pace and try to hang on. More long runs might have helped, but I’m not second guessing myself.

What do you see for yourself in the two years leading up to the Rio Olympics and beyond that? 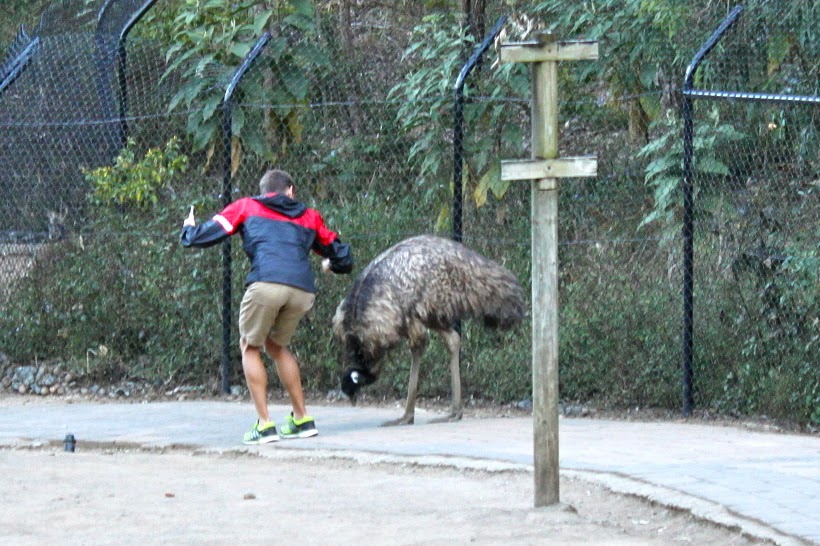 I’ve made the progress I have by taking a completely professional approach. Limited racing, dedicated to my training and varying it and keeping it fresh. Having a purpose to my racing and not doing things that might be detrimental. I have to be prepared for surprises. Some guys had good debuts at the last Olympic Trials and others are coming out of the woodwork, so I don’t think we’ve seen all the candidates for the 2016 marathon yet. I’ll run one more marathon this fall, and I want to take some risks in it. There’s a steeper learning curve doing that, but there’s also a better benefit for the next Trials and for my Olympic chances.