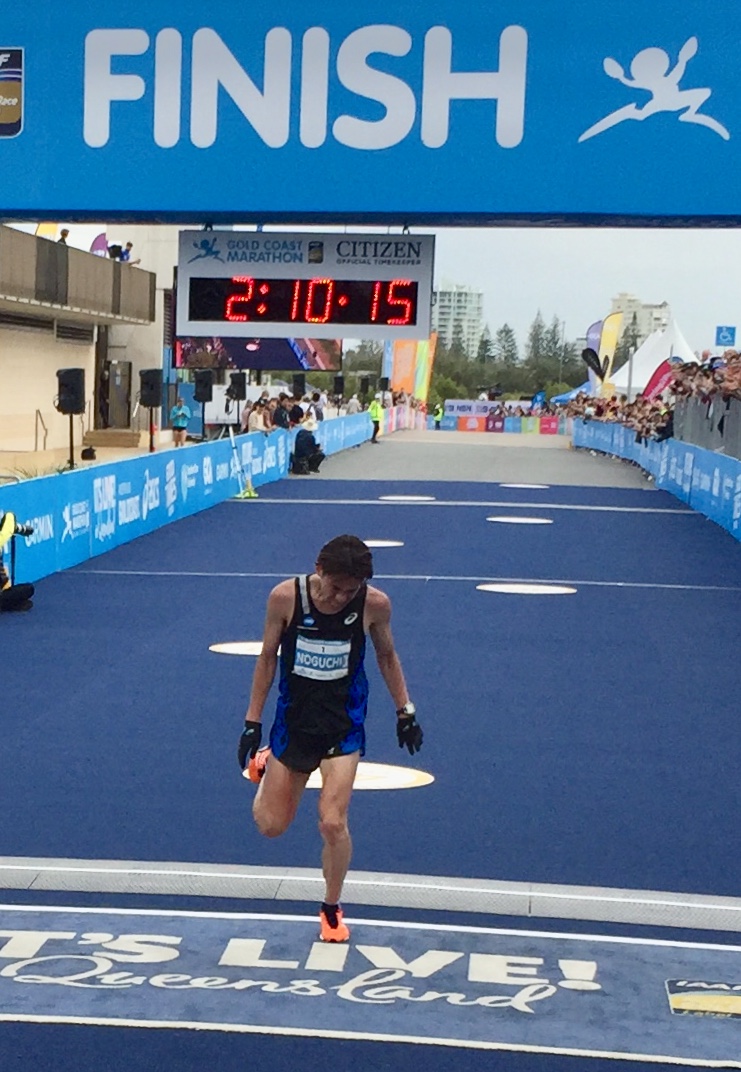 Most of the real contenders for the 2020 Tokyo Olympics men's and women's marathon teams qualified for the MGC Race, Japan's new Olympic trials race coming up Sept. 15, with ease. Even more barely made it, some qualifying by just a few seconds, and for every one of those there was someone who missed by just as close a margin. Here are a few who came just short of achieving a place on the MGC starting line and realizing their dreams of representing Japan in a home soil Olympic marathon.

Solid on the track, Takashima ran the fastest-ever Japanese women's debut outside Japan with a 2:26:13 in Paris last year. That didn't come close to the 2:24:00 requirement for one-shot qualification outside the big three domestic women's marathons but did give her an easy target of 2:29:47 for her next marathon to qualify via the two-race 2:28:00 average option for women. But instead of going for that she went for 2:22 in her next marathon in Tokyo this year, then dropped out partway through. The next month she tried again in Hamburg but again dropped out. The double DNF left her with the title of fastest woman inside the MGC window not to qualify. If she can pull it back together she is one of the people who could go for the 2:22:22 requirement to pick up the third Olympic team spot this winter.

Abe came closer than anyone else female or male to qualifying without making it. The 3rd-place Japanese woman in Osaka this year, Abe needed to run 2:28:00 or better. She was 2 seconds off. Like many others she tried to double back with a last-ditch effort, but like most of them it didn't work out as she was only 34th in Nagoya in 2:34:59.

One of Japan's all-time best half marathoners, Murayama seemed set to make the MGC Race when he ran 2:09:50 at last year's Gold Coast Marathon, needing only a 2:12:10 after that to hit the two-race 2:11:00 average route to qualification. But a quick turnaround to go for it two months later in Berlin left him with a 2:15:37 there, and with setbacks early in 2019 he ran 2:21:25 in Hamburg, the absolute last chance to qualify. Like Takashima, missing qualification gave him the distinction of being the fastest person inside the MGC window not to make it.

Murayama is one of the only people who could conceivably hit the 2:05:49 needed this winter to steal a place on the Olympic team from the 3rd-placer at the MGC Race, but with not a single runner from three-time defending New Year Ekiden national champion Asahi Kasei having qualified for the MGC Race it doesn't look like his coaching staff have it together enough in the marathon for that to happen.

An amateur runner working at the Nike store in Fukuoka, Tanaka outkicked Hakone Ekiden stars Daichi Kamino (Cell Source), Kengo Suzuki (Kanagawa Univ.) and others to run a massive PB of 2:10:13 in Tokyo last year. With nine Japanese guys breaking 2:10 ahead of him that wasn't enough to get him into the MGC Race, but it meant he only needed a 2:11:47 by April, 2019 to get in. But a stress fracture not long afterward set him back, and he watched as the same people he'd outkicked in Tokyo all qualified one after another. By April he was back to decent shape but not quite where he needed to be, running 2:14:35 for 5th at the Nagano Marathon.

Noguchi's is the most painful story on the men's side. Less than a month before the MGC qualifying window opened he had a brilliant 2:08:59 win at the Gold Coast Marathon. A 2:11:48 follow-up in Lake Biwa the next spring wasn't quite what he wanted, but it gave him an achievable goal of 2:10:12 in the 13 months to follow in order to qualify. Back on the Gold Coast four months later, though, he came up 3 seconds short with a 2:10:15, completely spent and gutted at the finish line. He tried again in Fukuoka but was farther off in 2:13:21, and injuries kept him from taking one last shot in the spring.

Kanezane and Osaki were the 4th and 5th non-qualified Japanese men in February's Beppu-Oita Marathon, both running PBs to clear 2:11. In Fukuoka, Tokyo or Lake Biwa that would have been enough for them to qualify for the MGC Race, but with Beppu-Oita given lower priority the standard there for the 2nd through 6th Japanese men was 2:10:00. Kanezane missed that by 19 seconds and Osaki by 48. Both tried to turn around and hit the two-race 2:11 option a month later, but neither came close. Osaki dropped out during the Tokyo Marathon, while Kanezane ran 2:15:17 in Lake Biwa the next weekend.