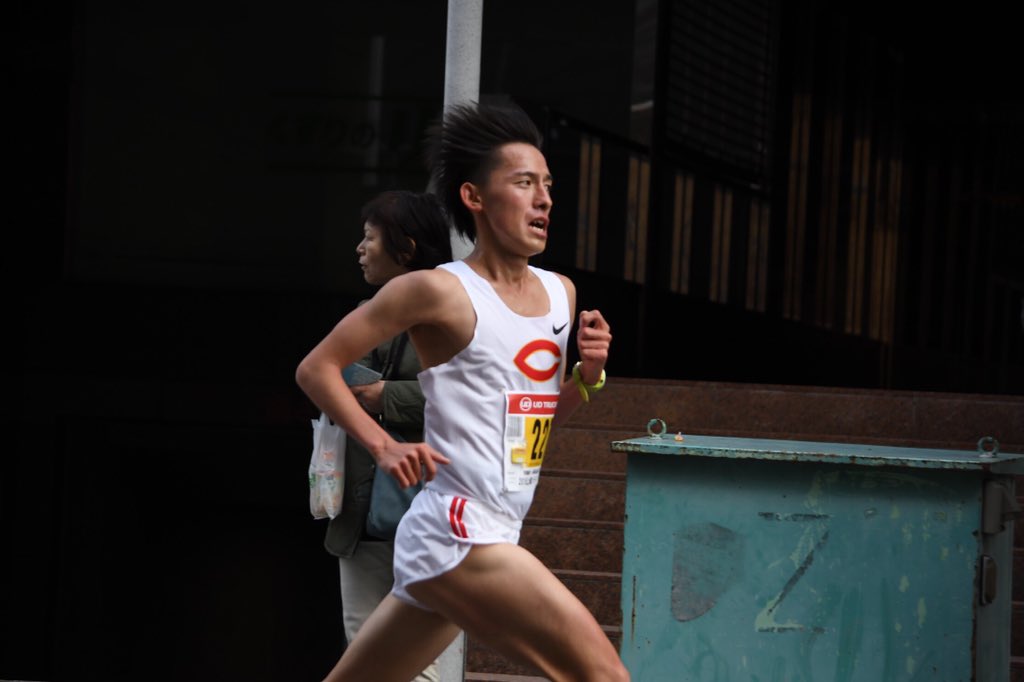 Chuo University fourth-year Ken Nakayama is running Sunday's United Airlines NYC Half Marathon, the eighth year that the New York Road Runners have invited top Japanese university men from November's Ageo City Half Marathon to run their half. You might have seen his training partner Kensuke Horio finish 5th in the Tokyo Marathon in his debut a couple of weeks ago. Nakayama is one of the very top graduating seniors in Japan this year, but his route to that level has been one of the most unconventional.

Japanese distance running is highly systematically organized, with top high schools feeding into top universities where the best runners will run the Hakone Ekiden and get recruited to top corporate teams and then go on to become the country's top marathoners. Scouting at the university level is intense, and for the most part it's pretty clear early on in high school who the cream of the crop are going to be.

Nakayama was nobody in high school. He played soccer in junior high, but heading into high school, he said, "I realized I didn't have any talent." Attending the local Ina Gakuen H.S. in Saitama, he ended up joining the track team for enjoyment. Late in his senior year he ran 15:08.11 for 5000 m, his first time breaking 15:10. For comparison, the star Hakone runners are guys who pretty typically ran under 14 minutes in high school, with the rank-and-file team members having been under 14:15 or under 14:30 at weaker programs. "I never even thought about running Hakone someday," he said.

Attracting zero interest from any university scouts, Nakayama opted to attend Chuo University, one of the oldest Hakone powerhouses, for its academics to study law. He walked on to Chuo's ekiden team, not especially unusual but almost unheard-of for a top-tier runner, and almost immediately got injured. In November of his first year the team had a time trial at which anyone who didn't break 15 minutes would get cut. Nakayama ran 14:58. Three months later he ran his first half marathon, clocking 1:07:14.

Nakayama spent his whole second year training, avoiding injuries but not making Chuo's starting team for any of the Big Three university ekidens. He took his half marathon PB down to 1:04:12, but the bigger breakthrough came his third year. In October that year he ran 59:36 for 20 km at the Hakone Ekiden qualifier, the equivalent of a 1:02:53 half marathon. A week later he ran 13:53.07 for 5000 m. In January he made his ekiden debut at Hakone, finishing 6th on the highly competitive Third Stage in 1:03:42 for 21.5 km, equivalent to a 1:02:31 half marathon. A month later he did it for real with a 1:02:30 at the Marugame Half Marathon. 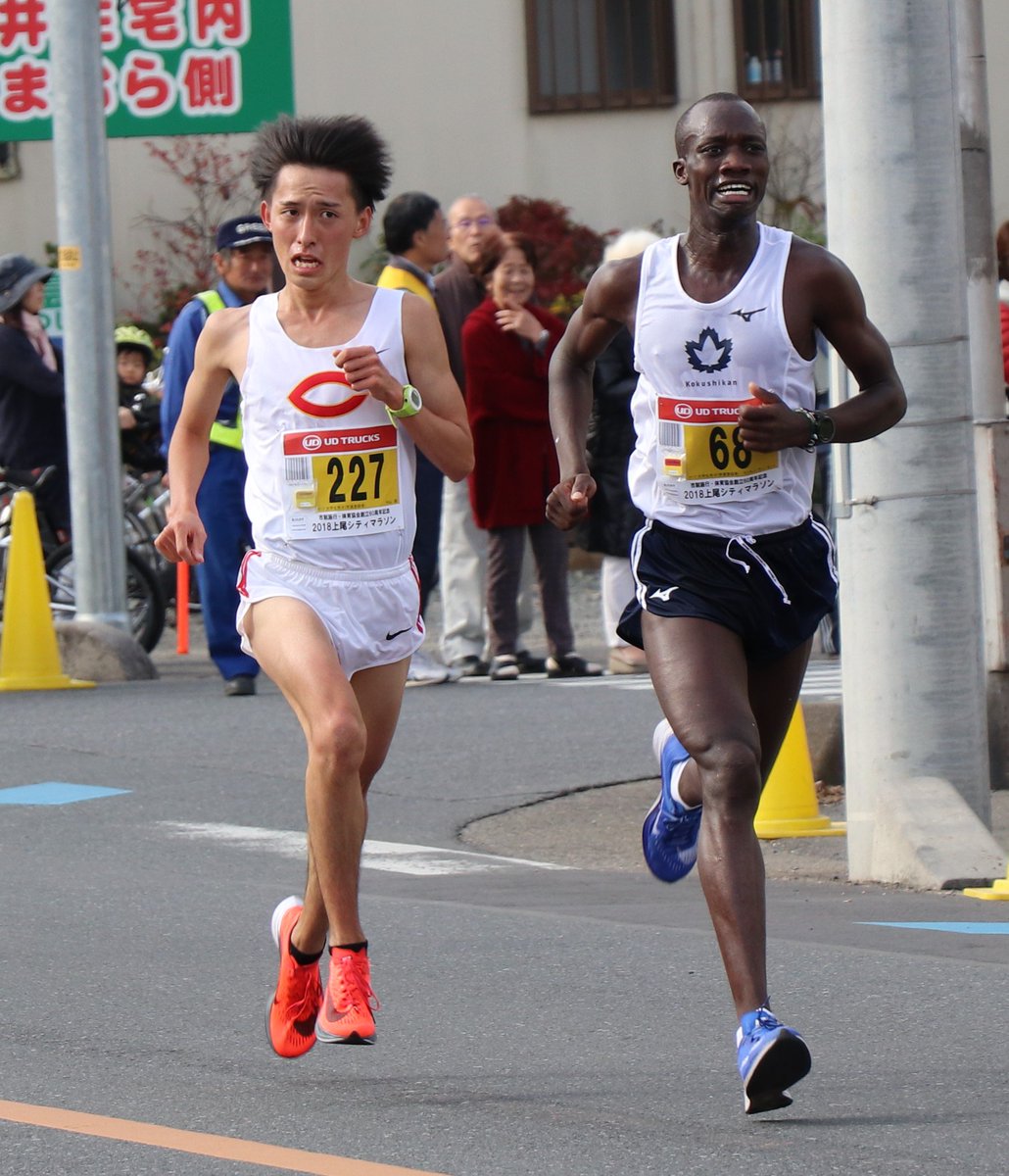 Those performances put him in the highest bracket of university talent, and considering his background his story was already a good one. But when he ran 28:22.59 a month into his senior year it was clear that it was more than just good. At Ageo in November he finished 2nd in a school record 1:01:32, the 8th-fastest mark ever by a Japanese collegiate man, to earn his invitation to New York. At Hakone he led off for Chuo, pushing defending stage winner Kazuya Nishiyama of Toyo University the whole way only to finish 1 second behind in 2nd, his 1:02:36 for the 21.3 km stage equating to a 1:02:01 half marathon.

That kind of progression, starting his four years of university as a walk-on with times slower than most schools' team managers and ending as one of the all-time best Japanese collegians, is pretty well unprecedented, a mark of both the latent talent he had all along and the skills of Chuo coach Masakazu Fujiwara. Sunday's United Airlines NYC Half will be Nakayama's second time racing outside Japan. Following the race he heads home for his graduation ceremony, after which he will join the Honda corporate team alongside half marathon national record holder Yuta Shitara.

"My first year at Honda I want to focus on the 10000 m and breaking 28 minutes, plus the New Year Ekiden," he said. "I want to run my first marathon about a year from now, but it depends whether they let me." Going by PB and recent performance he's ranked in the top five in the NYC field, but regardless of how he does in his final run in the Chuo uniform his outsider background, his incredible progression and his potential for more marks Nakayama as one of the most exciting runners for Japan post-Tokyo 2020.