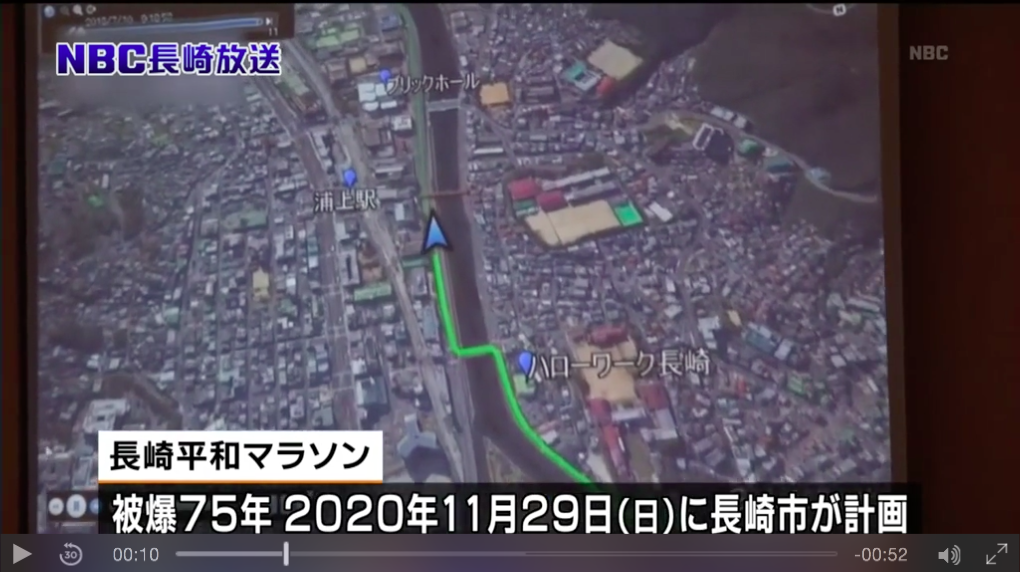 In preparation for the 2020 Nagasaki Peace Marathon, the first marathon to be held in Nagasaki and one commemorating the 75th anniversary of the United States' use of nuclear weapons on the city, the new race's organizing committee featuring both public and private sector representatives was officially established this week.

Aiming to spread the message of peace through running, the Nagasaki Peace Marathon will be held on Nov. 29, 2020, just after the atomic bombing's 75th anniversary. Approximately 60 representatives from the Nagasaki City government, the transportation industry, the media, economic associations and non-profit organizations attended the inaugural meeting.

Topics included the selection process for committee executives, an outline of the race details, and an explanation of the planned course starting and finishing at Matsuyama Municipal Field and running along the Nagasaki Port coastline. "I hope that we can all work together to create a marathon that will spread the word around the world about the spirit of spreading the good word of peace," commented Nagasaki mayor Tomihisa Taue.

An initial budget of 7,800,000 yen [~$70,000 USD] was approved for the coming fiscal year, and four subcommittees were established to carry out necessary preparatory work. Major upcoming topics of discussion include how to transmit the message of peace to the world and traffic regulation measures.