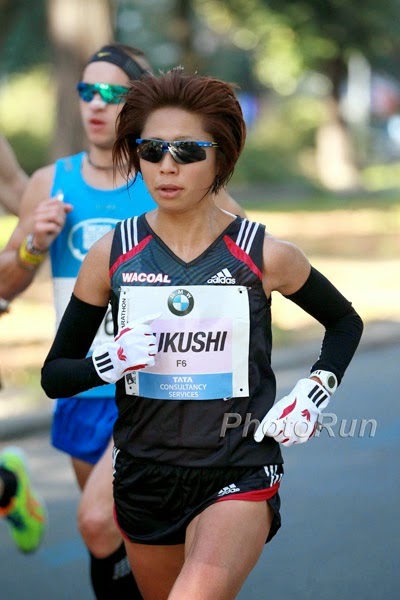 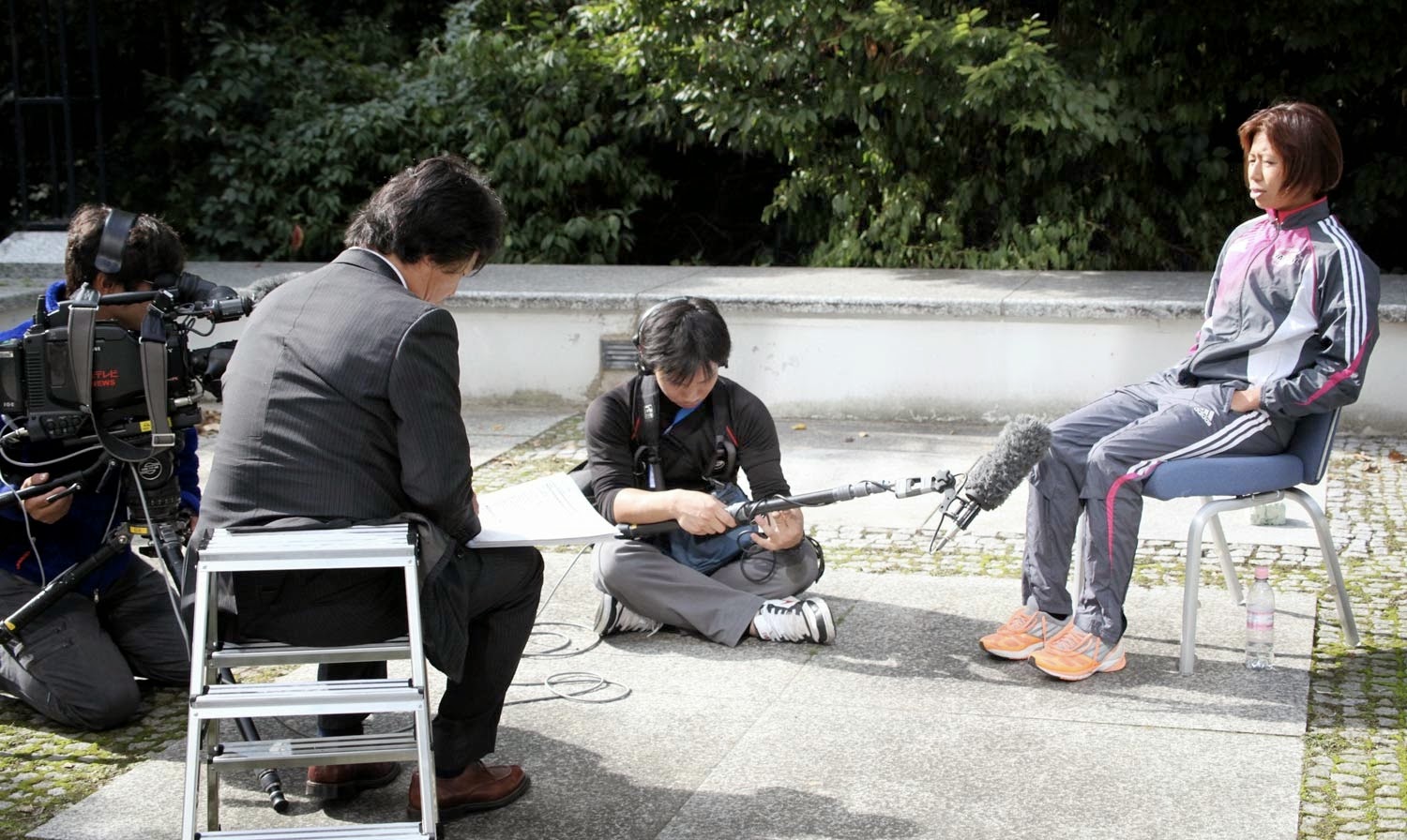 Fukushi, quietly coming to Berlin in search of a time closer to the three Japanese women who have run 2:19 there than her current 2:24:21 PB, ran craftily behind Flanagan for the first half looking solid, but right at halfway she locked up and began to move backward through the field.  Just holding off German favorite Anna Hahner, Fukushi ended up 6th in 2:26:25.  It's a sign of the current state of Japanese women's marathoning that this was still the 5th-fastest marathon of the year by a Japanese woman, and with only Thursday's Asian Games and November's Yokohama International Women's Marathon really left on the calendar for the top Japanese there is a possibility that there may not even be ten women sub-2:30 by year's end. 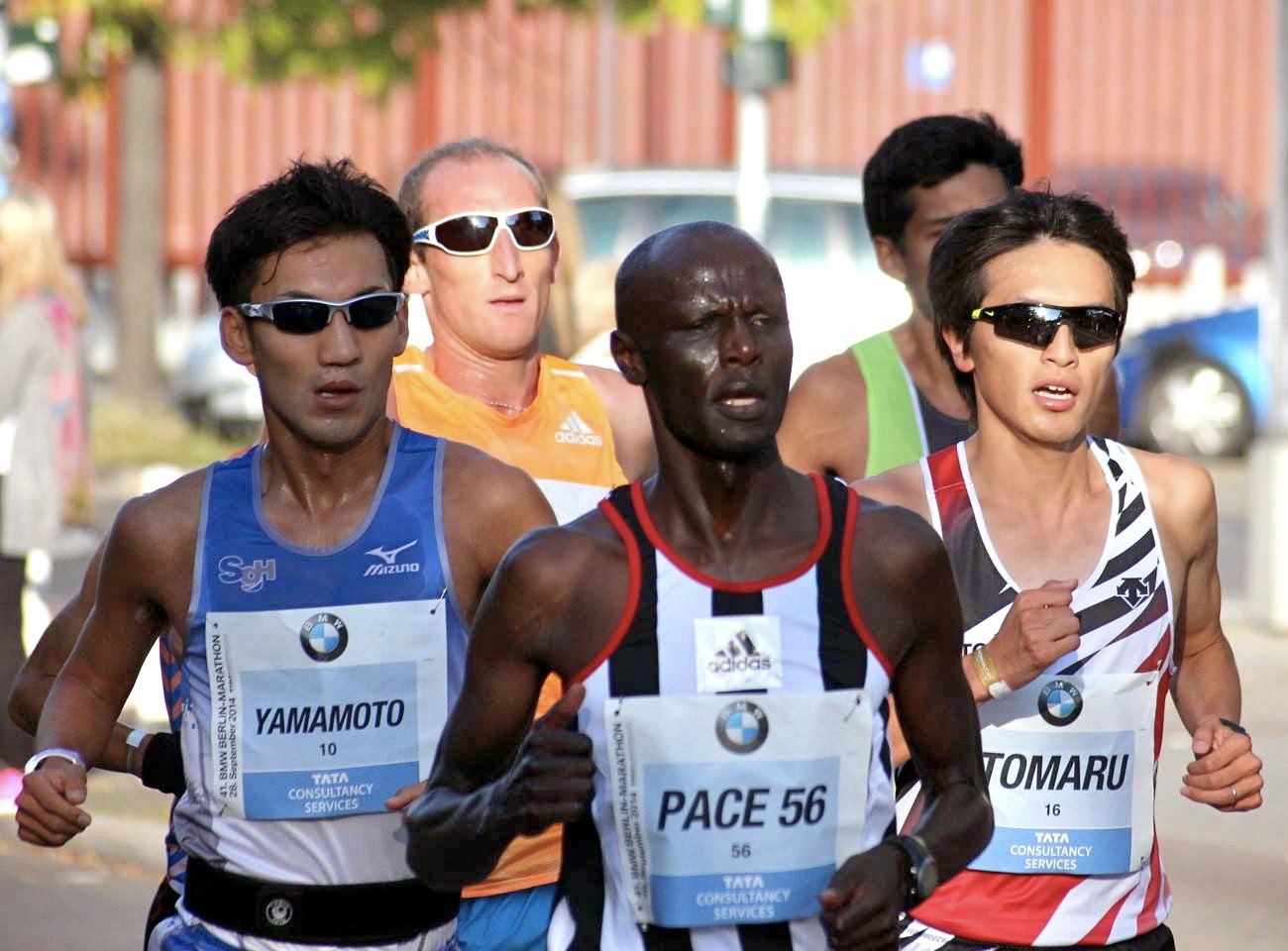 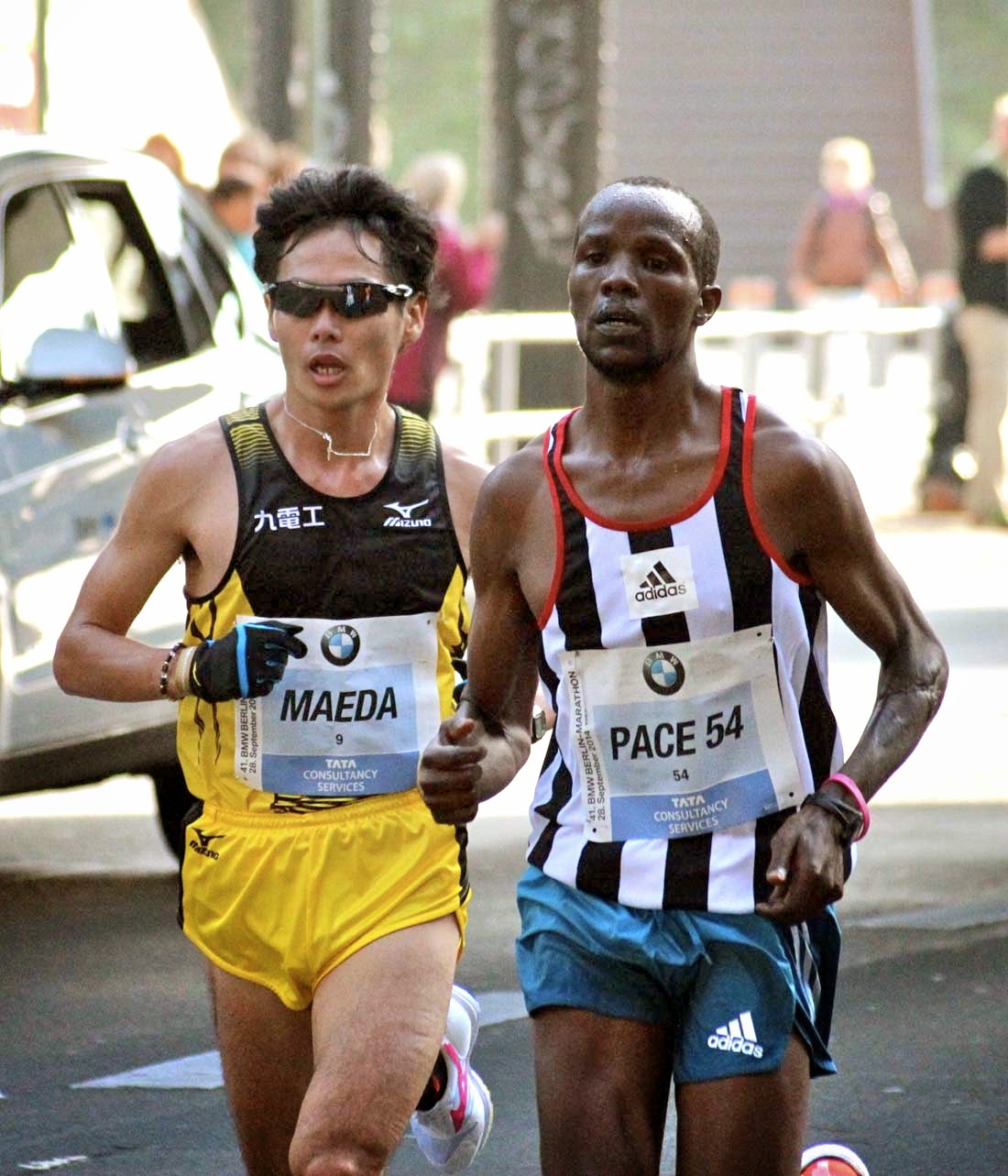 Maeda's group steadily slowed while the group behind them steadily accelerated, and by halfway it was clear that the vectors were going to cross.  Running with American Fernando Cabada, Tomaru was the first Japanese man across the line, 10th in a PB 2:11:25.  Yamamoto, sub-2:11 in Vienna in the spring, was 13th in 2:12:49, while the 35-year-old Tokumoto ran down National Marathon Team member Maeda for 15th in 2:14:35.  About which Yuki Kawauchi will no doubt have something to say. 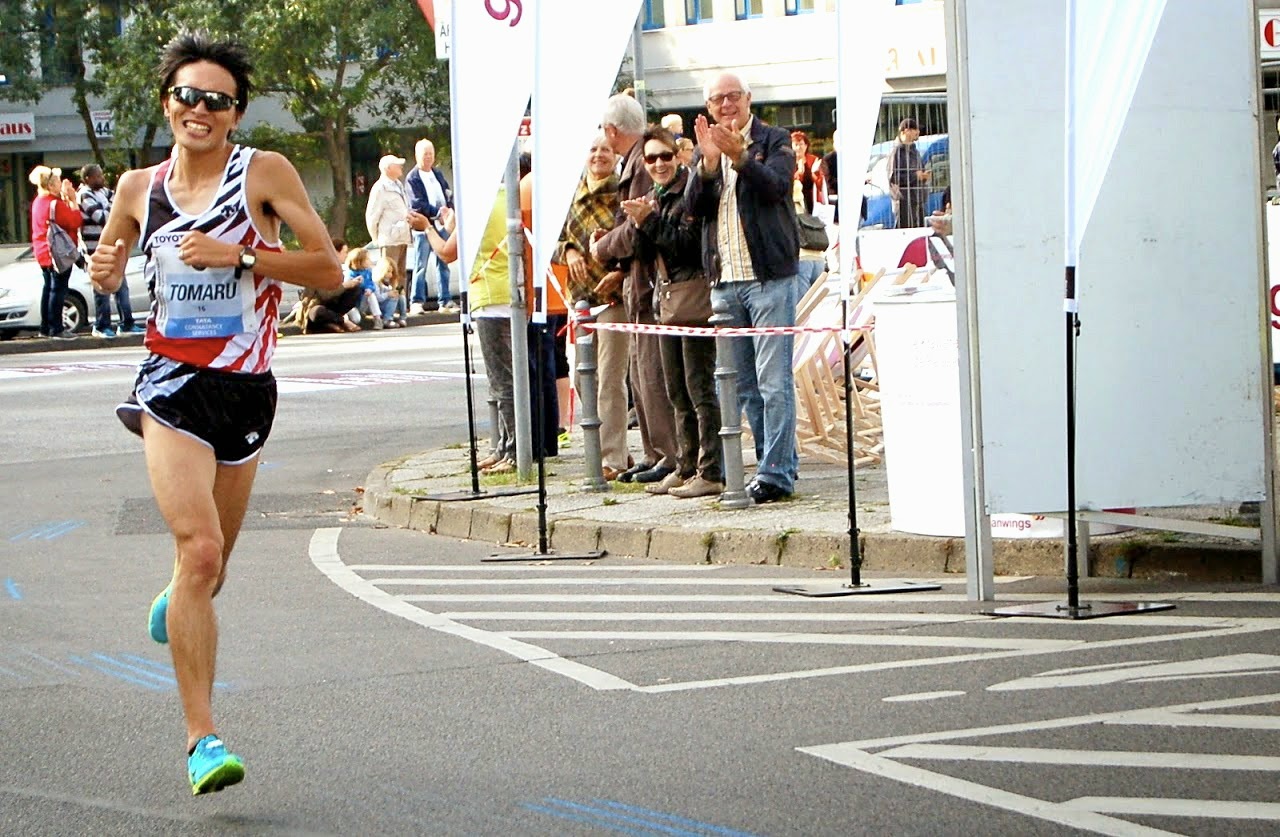 Tomaru's PB run was solid, but you can't help but feel that Berlin wasn't the right race for it, that he and the other Japanese runners would have been better served going to races where they could be competing for the win, not for top ten.  Winning a second-tier domestic race in 2:11:43 in your debut is great, but it doesn't mean you should jump straight to the big leagues.  No matter what your pride says.  It's clear why Japan sends its 2:08-2:12 men to Berlin and Chicago, because those were the races where Takayuki Inubushi and Toshinari Takaoka ran 2:06 Japanese national records.  But the way of thinking of those making that decision is out of date.  When Inubushi and Takaoka ran those times in Berlin and Chicago they were challenging for the win at or near world record pace.  That hasn't been a possibility at those speeds at those races for years, but in the meantime countless other good races have come up to and beyond the level of Berlin and Chicago in Inubushi and Takaoka's era.  Wouldn't it be better to run one of those instead?  To go for the time while racing to win and come out thinking, "I can beat them!" instead of running alone a kilometer (or two, these days) behind the leaders and having the message, "The rest of the world is a thousand times better than we are" drilled into you?  That was what Arata Fujiwara (Miki House) did in Ottawa in 2010 and it led him to run 2:07 two years later.  The rest of Japan's men and the powers that be could stand to learn from that example if they are really serious about becoming the best they can be for Tokyo 2020.

Metts said…
Well said. There has been a complete paradign shift in marathons, both times and mindset. What was competitive 10 years ago is not even, in some cases, within 2km of the leaders these days. Time for a different strategy to get back in the hunt er,, race. The US could also benefit with a change in strategy.
September 29, 2014 at 8:02 PM

CK said…
Remember watching Takaoka's run in Chicago on TV. Leaders near WR pace from the start and Takaoka went off the front at maybe 30K or 35K - well clear and think he was under WR pace until he blew up around 39 or 40K. Fearless "I can beat them, and in whatever time it requires" performace against the best in the world at the time before the era of Tergat's sub 2:05. If anyone knows about any kind of documentary on that run, I'd love to get a link to it.
September 30, 2014 at 10:38 AM

Brett Larner said…
If you look on Youtube there are some sections of the Chicago broadcast, including the part where Takaoka was leading and the finish where he outkicks Tergat and almost gets Njenga back.
September 30, 2014 at 4:18 PM