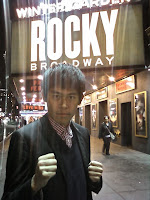 A cultural phenomenon in Japan who has won fans worldwide, the independent Yuki Kawauchi (Saitama Pref. Gov't) comes to New York with support from JRN to make his U.S. and World Marathon Majors debut in his ninth of eleven marathons scheduled for this year.  After a early-spring season that saw him run a 2:12:24 Egyptian all-comers' record, a 2:08:15 course record at the Beppu-Oita Mainichi Marathon in a duel with Kentaro Nakamoto (Team Yasukawa Denki), a 1:29:31 CR at the Kumanichi 30 km, a 2:08:14 PB at the Seoul International Marathon and three other races all within the span of eight weeks, Kawauchi was relatively flat through the summer and early fall.  Modelling his late-fall season after his Egypt-Beppu-Kumanichi-Seoul quadruple, a 2:11:40 for 2nd at the Melbourne Marathon three weeks ago followed a week later by a 59:17 at the Takashimadaira 20 km, close to his half marathon PB in quality, signalled that he was back to his best in time for New York. There, on a course well-suited to his strengths, he hopes to run fast enough to make at least the top five.  "I want to beat Meb Keflezighi," he told JRN, "because he finished ahead of Nakamoto at the Olympics.  Tsegaye Kebede also outran Nakamoto in Moscow, so if everything goes right I'd like to beat him too.  And of course Stephen Kiprotich."

Following New York Kawauchi wraps up his season-ending quadruple with the Fukuoka-Hofu double he has done the last two years.  A sub-2:10 in both New York and Fukuoka would shorten his own world record of 42 days for the least time ever between two sub-2:10 marathons by 14 days.  Another sub-2:10 in Hofu would take another 14 days off the record.

Another name on Kawauchi's list is Masato Imai (Team Toyota Kyushu), a former star of the Hakone Ekiden's uphill Fifth Stage while in university and now coached by Barcelona Olympics silver medalist Koichi Morishita.  Best-known outside Japan for his thrilling loss to Kawauchi in Fukuoka in 2011, Imai has struggled to live up to the expectations of his domestic fans in his marathon to date, incrementally improving his best over the last three years from 2:10:41 to 2:10:32 to its current 2:10:29 status from this year's Tokyo Marathon. Like Kawauchi he is well-suited to a hilly course, and with a good year since Tokyo behind him, including a win over Kawauchi at July's Shibetsu Half Marathon, he looks ready for a good international debut.

Risa Shigetomo (Team Tenmaya) won the 2012 Osaka International Women's Marathon in a solid 2:23:23 to join the all-time Japanese top ten and make the London Olympics. Since then she has followed the same general pattern as other top-level Tenmaya women before her and steadily declined. In her last signifcant race, the Hokkaido Marathon on Aug. 25 this year, she was 13th in only 2:51:55.  In early September her coach Yutaka Taketomi described her condition to JRN as, "Bad, bad....."  Given these circumstances a strong debut on the challenging New York course just two months later looks iffy at best.

The ING New York City Marathon will be streamed live online starting at 7:00 a.m. local time at this link.  Check back on JRN and our Twitter feed @JRNHeadlines for more coverage throughout race weekend.