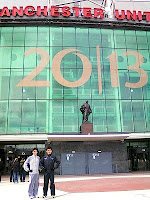 Fujiwara, the Japanese debut marathon and collegiate marathon national record holder at 2:08:12, will be making his debut on U.K. soil, while Ishikawa will be seeking to improve on his 28:47 finish for 8th place at last year's Bupa Great Manchester Run.  Fujiwara heads to Moscow to practice on the World Championships course along with fellow national team members Kazuhiro Maeda (Team Kyudenko) and Kentaro Nakamoto (Team Yasukawa Denki) following Sunday's race.

January 17, 2022
Making his international debut with support from JRN, Kenta Uchida (SID Group) took 4th in the Chevron Houston Marathon in a tight pack race to the end. The debuting Frank Lara  (U.S.A.) did most of the work throughout the race, leading the front group through halfway in 1:05:30 before things slowed to mid-2:12 territory. When another first-timer, Luke Caldwell (Great Britain) caught up just after 25 km and went right by into the lead the pace picked up, but at 40 km it was still a group of 6 all right together. James Ngandu (Kenya), yet another runner doing his first marathon, had the strongest kick, finishing in 2:11:03 to run almost even splits. 2nd placer Abdi Abdo (Bahrain) was 8 seconds behind by the end, but just 9 seconds separated him from 5th. Elisha Barno (Kenya) edged Uchida for 3rd by 3 seconds 2:11:16 to 2:11:19, with 2020 winner Kelkile Gezahegn (Ethiopia) another second behind Uchida. Both Lara and Caldwell cleared 2:12 in 6th and 7th. "For his first time rac
Post a Comment
Read more

January 17, 2022
The city of Marugame in Kagawa has announced that February's Kagawa Marugame International Half Marathon has been postponed for one year. Mayor Kyoji Matsunaga  explained the decision, saying, "Due to the rapid rise in coronavirus infections since the beginning of the year, we made the decision to postpone the race a year." The Kagawa Marugame International Half Marathon had been scheduled for Feb. 6. Every year it has welcomed 10,000 runners from over 20 countries, but due to the coronavirus pandemic the 2021 was postponed a year to 2022. Around 8,000 people from across the country had entered the 2022 race, but in light of the explosion in new coronavirus cases they now find themselves in the situation of having the race postponed another year. The 2023 edition is scheduled for Feb. 5. Translator's note: This comes just a few days after the cancelation of next weekend's National Men's Ekiden and other late-January races. Expect more cancelations shortly.
1 comment
Read more