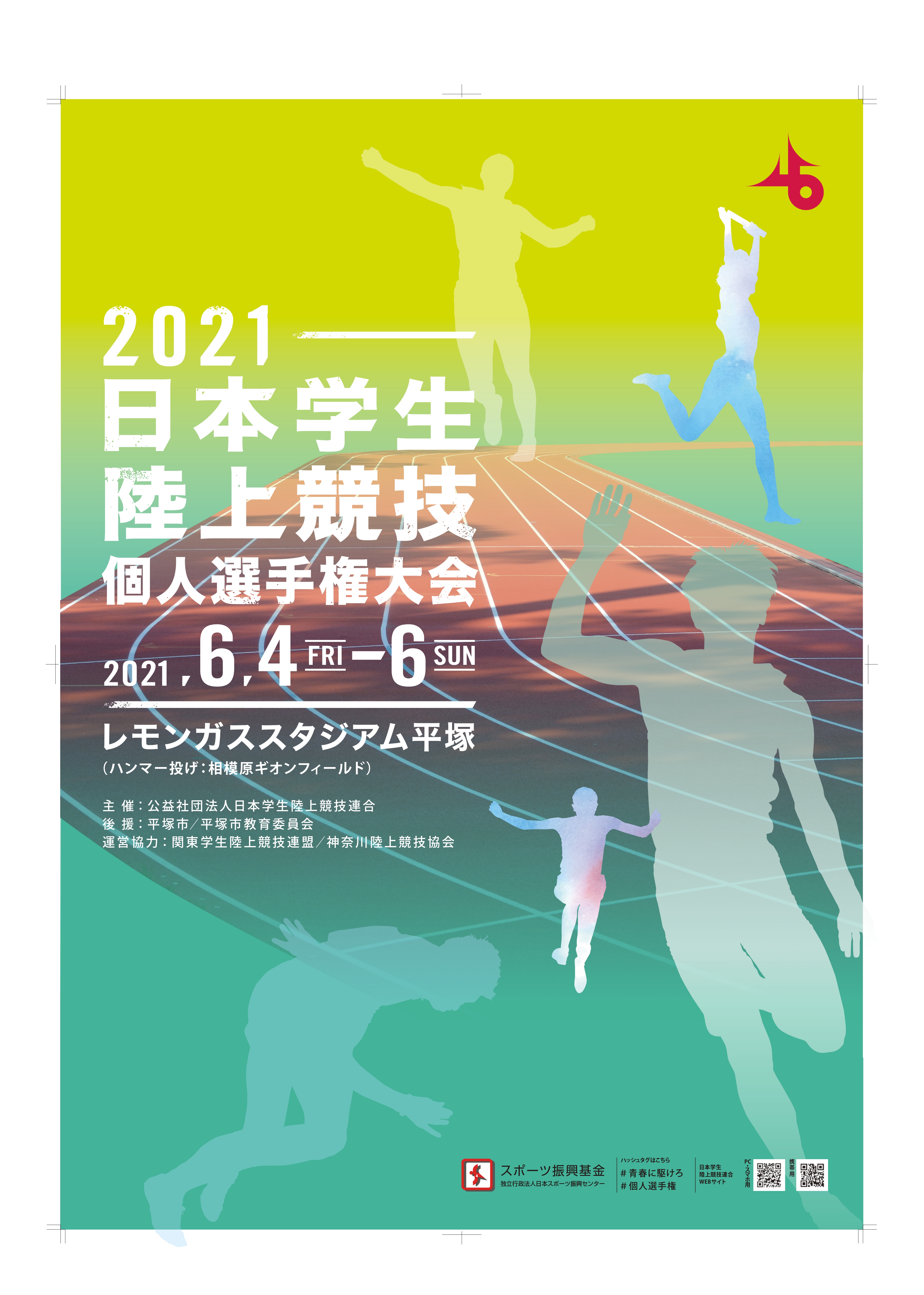 Things have been in a bit of a lull the last week or two with the Tokyo Olympics test event, university and corporate regional championship meets and more out of the way and everyone getting ready for the National Track and Field Championships in Osaka near the end of the month. But there is a lot going on this weekend, even if the leading edge of rainy season means conditions will not exactly be ideal.
Friday through Sunday the National University Individual Track and Field Championships happen in Kanagawa, the lesser cousin of September's National University Track and Field Championships without the team scoring. National record holder Ryuji Miura (Juntendo Univ.) is entered in the 3000 mSC, but with a place at the Olympics already guaranteed there doesn't look to be much reason for him to run except as a training run. 13:40 is the new sub-14, with the entire men's 5000 m A-heat field of 31 having bests under 14 minutes, 15 of them plus another 3 in the B-heat from Aoyama Gakuin University. Lawrence Ngure (Sapporo Gakuin Univ.) and Shotaro Ishihara (Tokai Univ.) lead the way with bests of 13:30.57 and 13:30.98.
First-year Seira Fuwa (Takushoku Univ.) leads the women's 5000 m field with a best of 15:37.44, the only one under 15:40 but with four others including 2021 National University Half Marathon champion Narumi Kobayashi (Meijo Univ.) under 15:45. Reimi Yoshimura (Daito Bunka Univ.), the top-ranked of the two Japanese women currently in the quota to make the Tokyo Olympics in the 3000 mSC at 37th of 45, leads the steeple field. With her three world ranking performances all coming in high-scoring meets she'll have a hard time improving her position here.
On Saturday and Sunday the Nittai University Time Trials also happen in Kanagawa, with the usual program spanning 800 m to 10000 m on Saturday and Sunday devoted to heats of men's 5000 m. Also Saturday, the Heisei Kokusai University Time Trials meet happens in Saitama.
But the best racing will probably be at Niigata's Denka Athletics Challenge Cup. From 200 m to 10000 m, most of the races feature big names getting near the end of hitting Olympic qualifying standards. The men's 10000 m has three Kenyan pacers lined up to try to get Daiji Kawai (Toenec) or Ren Tazawa (Komazawa Univ.), the #3-ranked Japanese man but still 11 seconds and 3 spots outside Olympic qualification, to the starting line in Tokyo. #1-ranked Japanese man Hiroki Matsueda (Fujitsu), 37th in the men's 5000 m quota of 42, and #3-ranked Yuta Bando (Fujitsu), currently #48, are entered in the 5000 m and will be trying to get closer to the standard or further up the rankings. The men's 1500 m has one particularly interesting entrant, South Sudanese NR holder Abraham Guem, stuck in Japan throughout the pandemic but benefitting from the environment.
The women's 10000 m squad is already full up for Tokyo, meaning a race for its own sake in Niigata where Ayumi Hagiwara (Toyota Jidoshokki) is the only woman to have gone under 32 minutes. Amateur club runner Shiho Kaneshige (GRlab Kanto) plans to run the 5000 m at Nittai on Saturday, then head up to Niigata for Sunday's 10000 m. Apart from sub-15:10 Kenyans Naomi Muthoni Kariuki (Univ. Ent.) and Tabitha Kamau (Mitsui Sumitomo Kaijo) the women's 5000 m is low-key, Miku Moribayashi (Denso)  the only Japanese women in it to have gone under 15:40. The women's 1500 m could be pretty good, with Kenyans Helen Ekarare (Toyota Jidoshokki) and Margaret Akidor (Comody) trying to help drag all the main Japanese contenders trying to snag spots in the Olympic quota to fast times.
© 2021 Brett Larner, all rights reserved