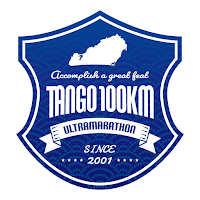 Having examined measures for dealing with the risk of coronavirus exposure, the Tango 100 km Ultramarathon was in preparation to take place this coming September. But with no end to the pandemic in sight, the spread of variant strains of the virus, and the lack of any timetable for vaccinations prior to the race date having been made public, we believe that it would not be possible to guarantee the safety and security of the runners, volunteers, race staff and other parties during the entire event. As such we have decided to cancel this year's race.
We extend our sincere apologies to everyone who had been looking forward to returning to the Tango Ultramarathon after its cancelation last year, and we ask for your understanding of why we have had to cancel it for the second year in a row. We will work hard to create a safe and secure environment for the 2022 race and can't wait to welcome  you back to run the Tango 100 km Ultramarathon then.
Although the race is being canceled, the organizing committee is planning a special event that will refresh your memories of the Kyotango region. It isn't a running event, but we hope that you enjoy it once final details have been decided. More information will be announced at a later date on the race website and Facebook page.
-- 2021 Tango 100 km Ultramarathon organizing committee
Translator's note: A popular race on Kyoto's northern coast, the Tango ultra has over 3000 finishers between its two distances. This is the first event I've seen that has specifically mentioned the Japanese government's almost nonexistent vaccination response as a reason for canceling. Vaccinations became available for senior citizens on Apr. 12. At the rate at which vaccinations were done during the first week, it would take just under 304 years to vaccinate the entire population. By the end of the second week yesterday the efficiency of the vaccination program had been improved to the point that it would now only take 240 years.
source article:
https://www.r-wellness.com/tango/news/210426.html
translated by Brett Larner