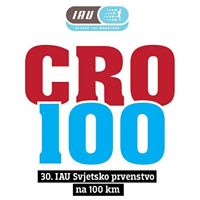 Higashiura resident and Aisan Kogyo employee Nao Kazami, 35, will represent Japan at the September 8 IAU 100 km World Championships ultramarathon in Croatia. An amateur runner with a regular full-time job, Kazami set the 100 km world record in June. "I'm ready for the next challenge," he says. "I'm not satisfied with just the time. I want to win the title too."

The term ultramarathon refers to any race longer than the standard 42.195 km distance. On June 24 at the 33rd Lake Saroma 100 km Ultramarathon Kazami beat the world record for the distance which had stood unbroken for 20 years by 4 minutes and 19 seconds. That performance was enough to earn him a place at the World Championships. It was only his second time to finish a 100 km race.

Born in Tokyo, Kazami began to run long distance while in junior high school. He went to ekiden powerhouse Komazawa University but never made its starting team for any of the major competitions. After graduating in 2006 he joined the corporate team of his current employer, automobile parts manufacturer Aisan Kogyo. "I didn't get any better," he says of his retirement from the team after only 4 years.

After retiring Kazami continued jogging as a hobby, but with a sense of loss, of what could have been, hanging heavy over him he thought about getting away from running entirely. The turning point came in the summer of 2012 when he learned that his mother back in Tokyo, Keiko, 65, had been diagnosed with cancer. "I wanted to do something through my running that would make her even a little happier," Kazami says. Right around the same time he heard about ultramarathons from some of his running friends for the first time, and his new goal was set.

Without fixed blocks of training time like he had had during his days as an athlete he had to work out how to raise the quality of the workouts he could fit in. His current routine is to jog for an hour near his house at 5:00 every morning before going to work, then to run from 20 to 40 km after work. He races a variety of distances, entering races about once a month. Between December, 2016 and January this year he broke his marathon PB three times.

His mother's health has stabilized, but Kazami's feeling toward her hasn't changed. "My mother fighting her illness has made the meaning of my running clearer to me," he says. "She lives far away, but being able to call her up and tell her I've done well gives me strength too." Just like in June, Kazami fully intends to give her the very best news when he calls her after the World Championships.